Every culture has it’s own traditional beauty secrets, and the Arab world is no different. The Middle East is known for thick dark glossy hair, eyelashes for miles and eyebrows that would make Brooke Shields jealous

It is a place where opulence is the norm.

So here are the top secrets that will have you at belly dancer status in no time.

Rose water has been used for eons in Arabian cuisine, namely sweets.

But, rose water also has uses as a gentle toner known to give brightness and moisture as well as having anti inflammatory properties.

Just dab some on a cotton ball and use as you would your regular toner.

Or use on hair to calm an irritated itchy scalp, and to treat mild dandruff.

Basically just bathe in it and call it a day.

Can’t get enough of those roses? Here are some sunnies to match: 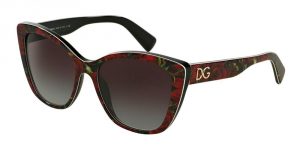 The Bronze Age phase was mainly characterized by war-like people who employed copper and bronze tools and weapons. Some archaeological evidence indicates that late Bronze Age settlers seem to have established links with Minoan and Mycenaean civilizations. Similar to their predecessors, these settlers employed an agricultural activity based on cultivating crops and rearing animals. Over the centuries, crop cultivation and animal husbandry were given a boost. In fact, with the arrival of the Phoenicians in Malta, and their love for olives, they initiated a large scale olive oil industry in Malta. The Romans followed up on this initiative and during their sojourn in Malta olive cultivation flourished. Remains of this olive oil industry can be found in various places around Malta. Village names like Zejtun, Zebbug and Birzebbuga reflect the connection of these localities with this crop and its oil. Remains of an olive pressing factory from the Roman period were found at San Pawl Milqi near Burmarrad. With the decline of the Roman Empire, olive oil production dwindled to a mere subsistence level. #tadoni #rabat #mdina #delicatessen #lovemalta #supportlocalbusiness #maltesefood #sausage #oliveoil #freshfood ##traditional #freshlyprepared #ftira #foodart #yummy #platters #mediterraneansea #oliveoil #olive #olivegarden #diarilbniet #olivelover #localoliveoil

A natural moisturizer, as all oils, use sparingly as it can clog pores.

Mix with essential oils as a carrier oil, or use as a deep treatment for hair and cracked heels or elbows.

Henna is not only used for decorative purposes as shown above.

Although decorative henna has become quite mainstream recently, and comes in a variety of colours for a temporary tattoo effect that fades naturally.

It can also be used on hair as a natural colourant, which is actually good for your hair. Win, win.

Feeling the decorative opulence that is Arabia, look no further, these Jimmy Choo sunnies channel it perfectly: 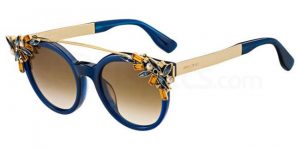 Today's #showusyourstash is masks – i love the ritual of masking but I'm not convinced of the actual results. Part of my current Marie Veronique / Kristina Holey regime is masking with yoghurt and mung beans or yoghurt with turmeric and lemon and tbh I'm probably as happy with the results as I am some £60 mask. However, as I said it's the whole experience isn't it – it's the very clever marketing of ladies like May Limdstrom that have sold us the importance of "self care" and "me time" having no limit to its cost. Clever marketing or absolute truth? It certainly makes me happy – so I'm willing to buy into it – quite literally 💸 talking of which I've just realised my May Lindstrom masks aren't in this pic – for some reason I have always kept them in a separate place – as if their luxury deserves its very own shelf 😀 First pic are masks with the lids off and the mixing of a mask. Second pic all my masks I have open (apart from the May Lindstrom) and lastly me with this mask on my coupon! And can I just add that I don't understand the whole mascara and looking good with a face mask on – I mean how do you wash it off without your mascara going everywhere? So yeah – just me in my pjs, hair unbrushed, wearing a face mask 😱 #facemasks #facemask #diyfacemask #hisforlove #yuli #deciem #nealsyard #moss #mosskincare #yoghurtfacemask #isunskincare #joshrosebrook #skincarechallenge #skincareaddict #mahalo #skinessence

Yoghurt, lemon, turmeric, and even spices like cayenne can be used to make natural face and hair masks.

Steep cayenne pepper in coconut oil for a week, strain the pepper out, and use to promote hair growth.

Use lemon sparingly or diluted on darkened skin to lighten it (underarms or knees for example).

Yogurt is a great natural remedy for sunburns among other things, and turmeric can be used to soothe skin inflammation and acne.

Castor oil can be used to promote hair growth, and is commonly used on eyelashes and eyebrows to condition and thicken.

Protect those growing lashes with these pretty pink sunnies: 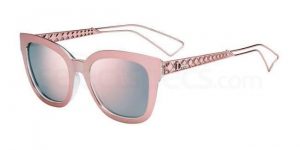 Natural Kojol, Kajal, Kohl, or however you choose to write it, in it’s purest form is made out of non toxic ingredients, and is actually healthy for the eyes.

It is also known to fend off eye infections and promote healthy dark lashes.

Match your blackest night waterline with these luxurious sunglasses, as black goes with everything: 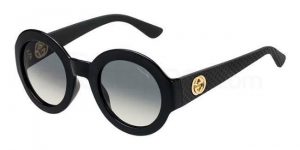 Cupping is the practice of bringing blood to the surface of the skin through suction to promote circulation.

Several variations exist, some where blood is let, to release toxins.

However extreme you want to go with cupping, when preformed by a licensed practitioner, or yourself with some miniature plastic suction cups, designed specifically for use on the face, it is known for its anti-aging properties and rejuvenation.

Threading is is a form of hair removal using, you guessed it, thread.

It is usually used for facial hair, namely upper lips and eyebrows, as it is a precise art.

Sugaring is generally reserved for the remainder of the body, using a sticky mixture of sugar, lemon and water, hair is removed in strips.

Frame those perfectly plucked eyebrows with these bejeweled sunnies: 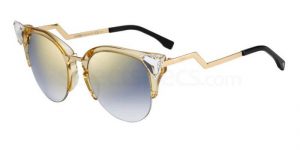 A trend-savvy, global citizen, sharing her viewpoint of the world, one word at a time. Copywriter by day, blogger by night, full-time wordsmith.

For the last couple of years, the fashion industry has seen a sudden bloom in the sale of G glasses, or as some people…