He is of course happy to oblige, but there’s no stopping the brawny buff machine that is Chris Hemsworth. The Aussie actor has created some scintillating specs appeal in the highly anticipated Ghostbusters movie.

Although no Bill Murray’s were hurt in the process, one of the most popular films of the 80s has had a makeover. The original film was released in 1984 and included Ernie Hudson as well as Dan Aykroyd and Harold Ramis.

Set to hit our screens July 15th in the UK and across the pond, the star of Thor plays a well turned out receptionist as the latest images show.

It is a far cry from Hemsworth’s previous roles where power and muscle played an integral part. The actor is part of an all-female cast that is likely to send Slimer wild in the aisles! 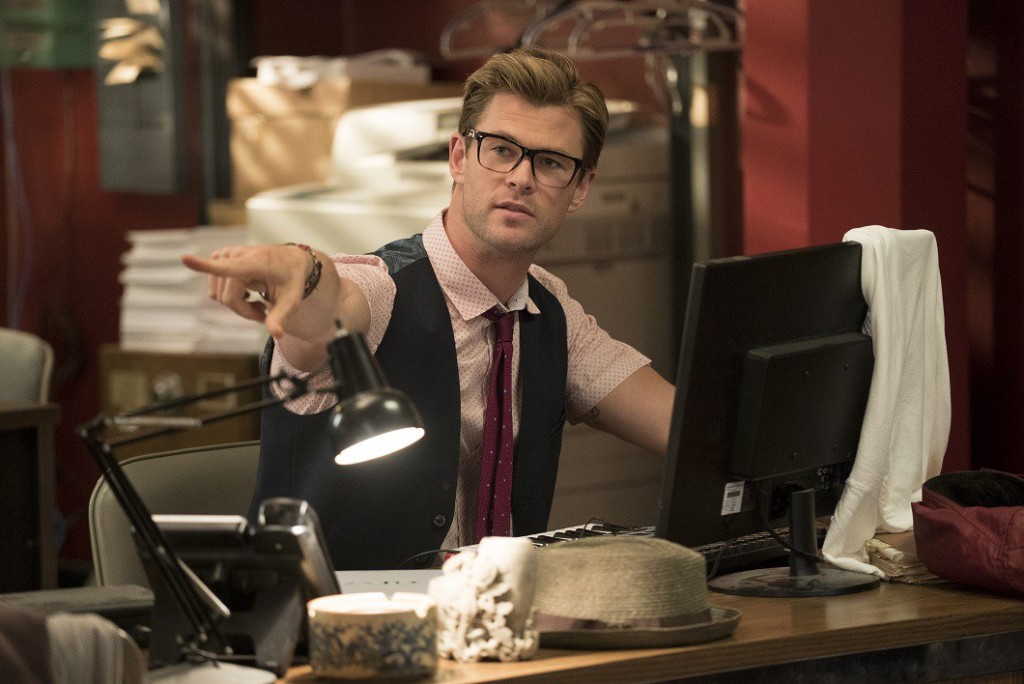 His brand spanking black rimmed eyewear has caught the attention thanks to recent photos from Columbia Pictures. Adorned in a pink shirt with a fuchsia tie, the spectacular Hemsworth cuts a very different figure than the bare chested prodigy.

Complete with slicked back hair that even Elvis would be proud of, the all new Ghostbusters will make any 80s kid giddy with joy. Hemsworth’s dapper look is a real take on the highly successful Mad Men series. If you want that elegant Hemsworthy demure then check out the budget-friendly Savannah 2444 or for that extra bit of luxury the BOSS Hugo Boss 0728. 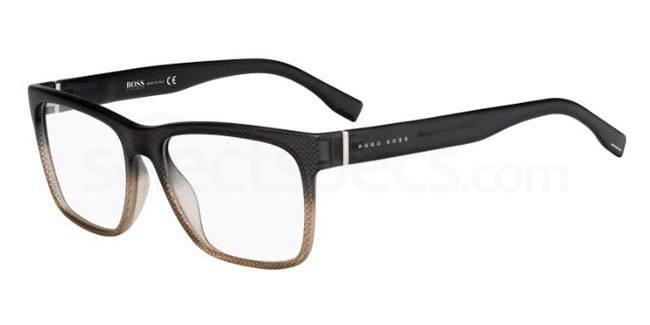 On the other hand, a special holla should go to the leading ladies featuring Kristen Wiig,, Leslie Jones, Kate McKinnon and Melissa McCarthy. And it is to the latter who we turn to next.

The all American actress is most famous for her part in Bridesmaids which led her to being nominated for an Oscar as Best Supporting Actress. Additional images released by the good folk at Columbia reveal McCarthy all specced up too. 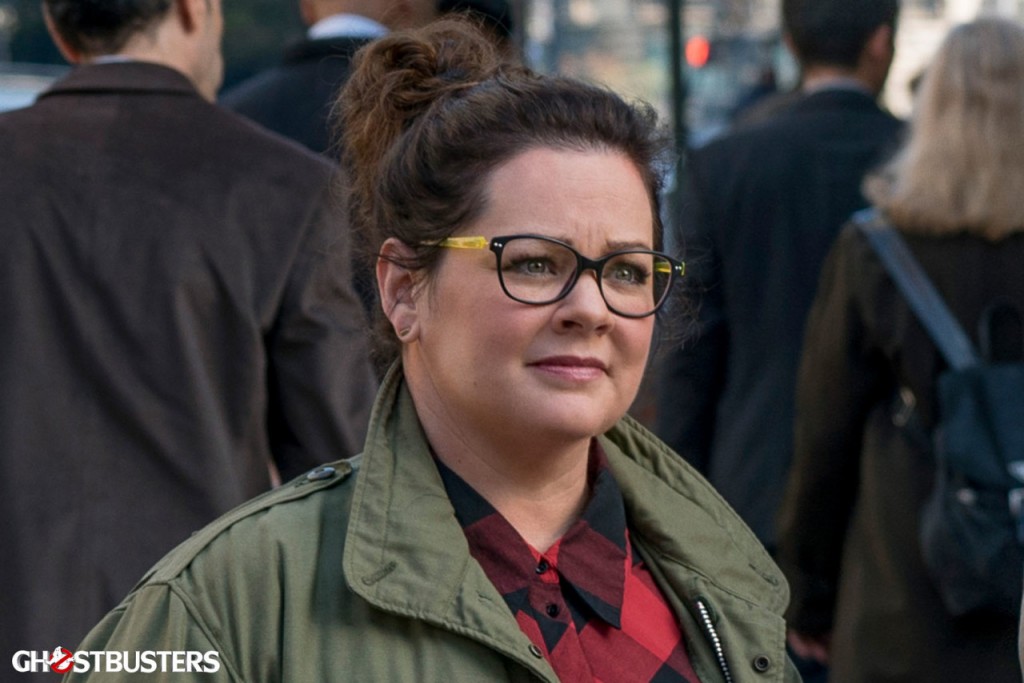 She seems very much switched on which is largely in part due to her own black rimmed frames. Yes, she might be adorned in the signature Ghostbusters jumpsuits but McCarthy is certainly showing her own specs appeal.

Want to know our pick? How about wrapping your peepers around the Savannah P2383. 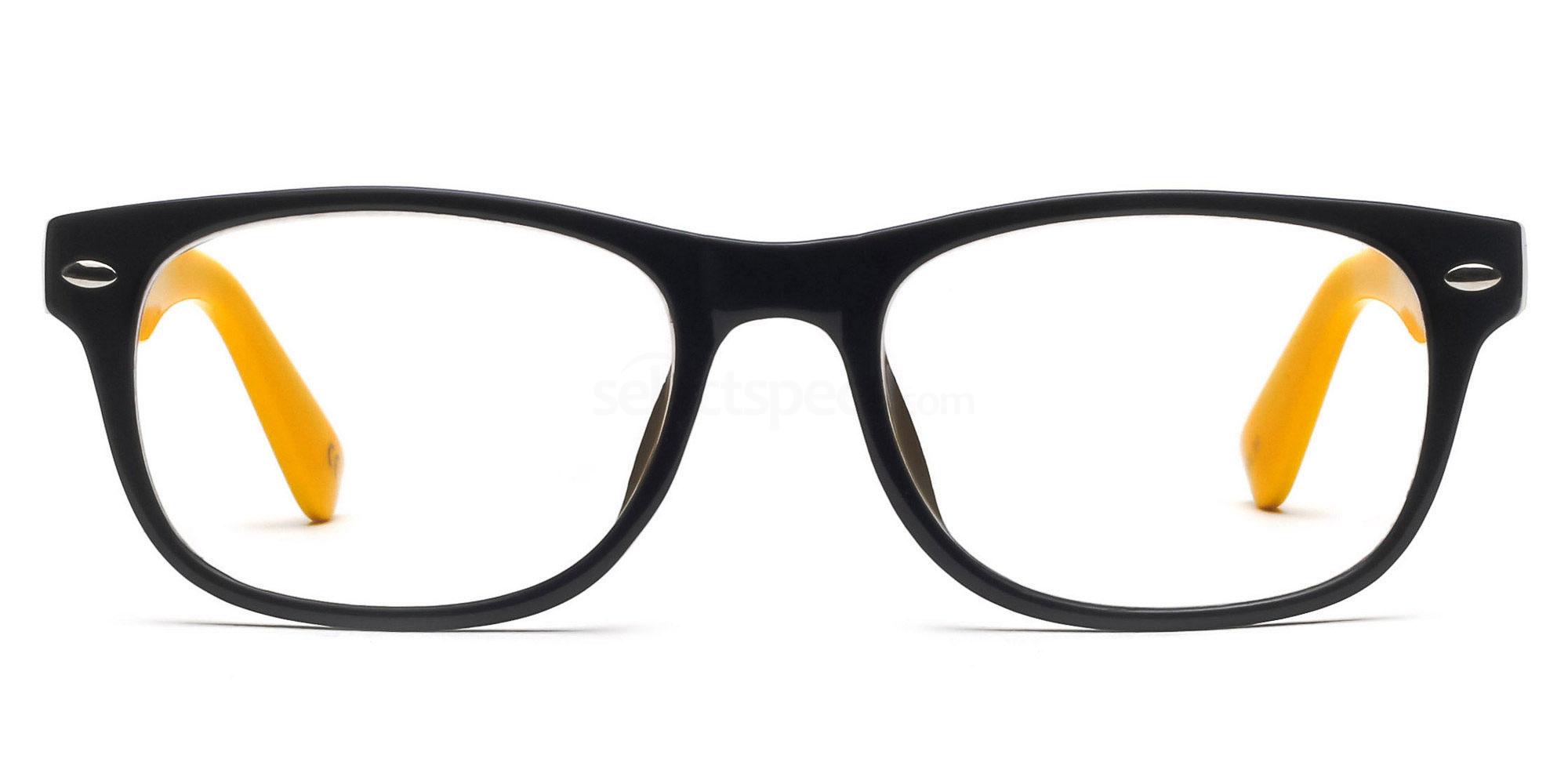 We’re not finished yet on the specs front. It looks like the sassy Kate McKinnon is getting in on the eyewear act as well.  Other still images also show the uber sharp, uber smart McKinnon donning some rather attractive shades. Sporting yellow tinted lenses, she is looking to hot to trot for this summer spectacular.

The super slim frame stands out, whilst the sunflower yellow lenses are a real eye opener. Our pick would be the extremely steam punk inspired Julbo 010 Vermont Classic, or any glasses you fancy from our website and choosing a yellow tint when it comes to customising!

Director Paul Feig is the brains behind the brand new Ghostbusters film and is tipped to be yet another box office smash on July the 15th. This (believe it or not) is the actual date when the last Ghostbusters film was released across the globe. Spooky!

Now who said anything about being afraid of no ghosts.

The Council of Fashion Designers of America (CFDA) Awards is an annual awards ceremony, which honours the best in international fashion design. In the…