There’s hundreds of designer names out there challenging even the best of speakers on pronunciation.  Ever caught yourself in the struggle of trying to pronounce Moschino, or debating how Miu Miu is said?  Don’t get us started on Ermenegildo Zegna!

To help you out, here at SelectSpecs we can give you the lowdown, or rather the phonetics, on how to speak those tricky designer labels to avoid embarrassing stutters, blunders and to ultimately turn yourself into a savvy fashion expert.  Here we go:

The American born fashion designer knew she wanted to be just that since the age of four, she attended Parsons The New School of Design in New York before setting up her own label, now worn by celebrities like Blake Lively, Sophia Coppola and Naomi Campbell. 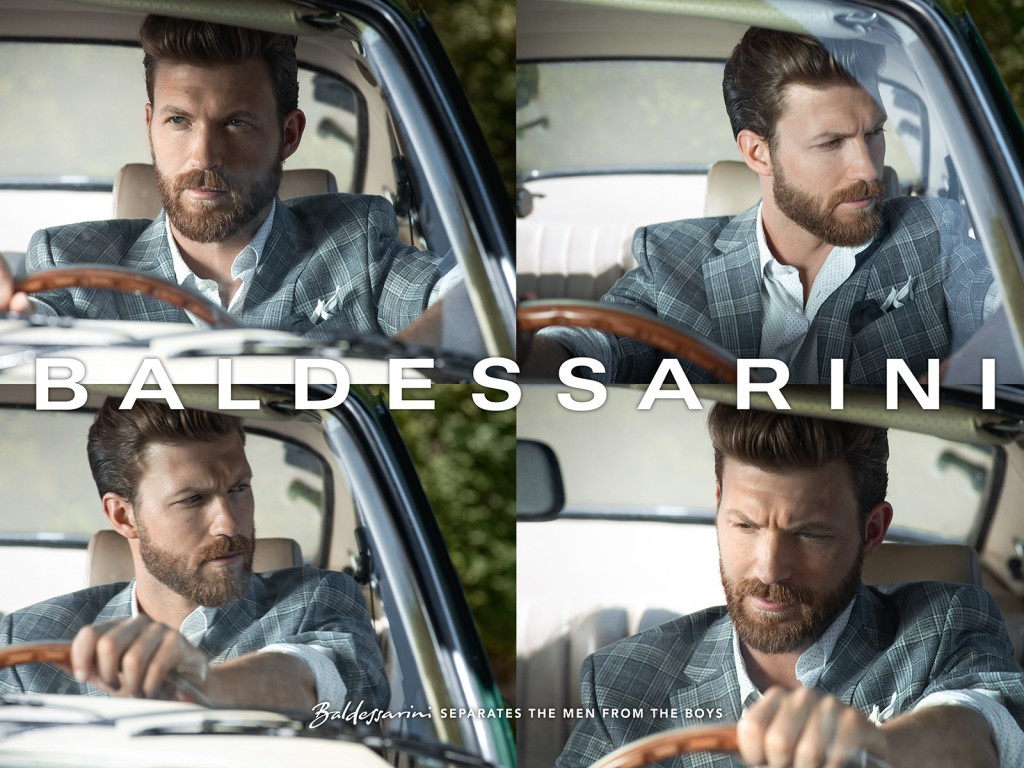 Austrian designer Baldessarini is perhaps more commonly known for his expensive colognes and perfumes, that supposedly “separates the men from the boys.”  This style mantra clearly extends into their classic and just so achingly cool eyewear range, too. Originally a luxury leather goods fashion house, so confident of its products it has long encompassed a ‘no-logo’ philosophy.  Once adored by Andy Warhol, whom made a short film about the company which is now owned by Gucci. 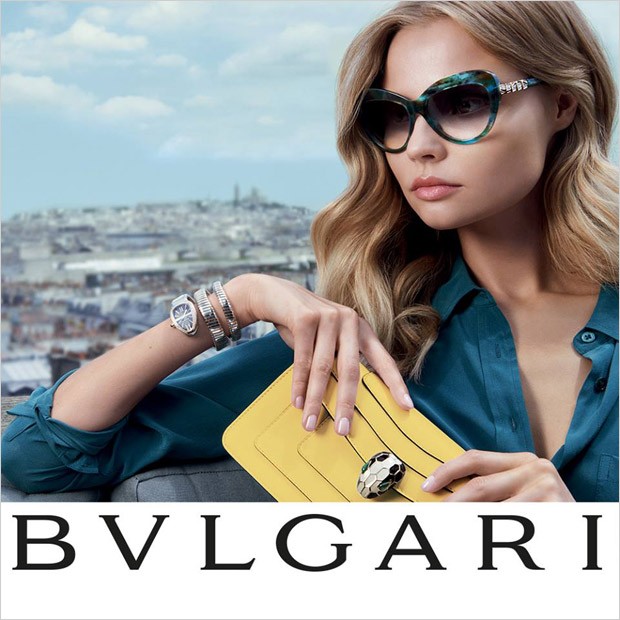 Bvlgari began creating extravagant jewellery in Rome since 1884 and continue to produce elegant pieces which of course includes their eyewear. The ‘v’ is what throws people on this one, but really it’s quite easy – just substitute the ‘v’ for a ‘u’ instead.

Jean Bousquet created the company in 1964 and named it after the local name for a small duck, strange but true.  Still, the brand has continued to be successful for over 50 years selling ready-to-wear perfume and accessories. 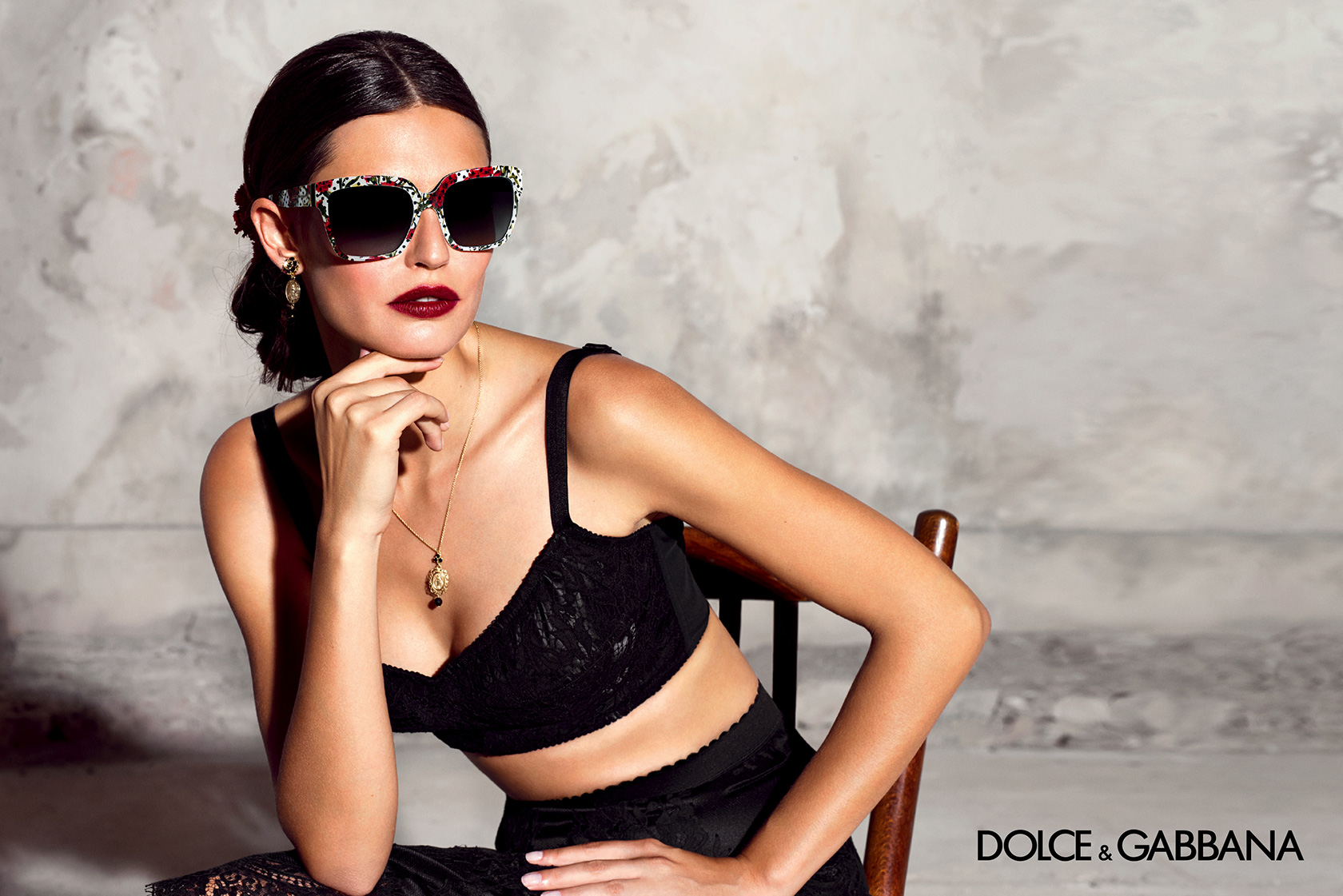 Two guys in Milian working for the same fashion house broke the mould to become the famous Dolce and Gabbana. It would be a wonder if someone hadn’t heard of them, but, nevertheless in your best Italian accent now please… Belgian born Diane lived every girls dream and married a Prince, Prince Fürstenberg to be exact, and so became Diane von Fürstenberg. Unfortunately the marriage didn’t last but with a name like that how could you not make it in fashion?

Phonetic pronunciation: fur-sten-berg (we’re sure you can pronounce the first bit.) Emilio Pucci lived a decorative life before even putting pen to paper to design clothes; born within a noble Florentine family and starting out life growing up in a palace, he won a skiing scholarship but then joined the Italian Air Force during World War II.  His role in the war makes interesting further reading, but fashion fans will remember him by his timeless striking prints.

Worth over a whooping €1 billon, Ermenegildo Zegna sells only men’s clothing and accessories making it the largest menswear brand in the world, heard of it?  Specialising in suits, even their cheapest will set you back a few grand.

Givenchy owe a lot to Audrey Hepburn – who doesn’t remember that dress in Breakfast at Tiffany’s?  Iconic now as it was back then, most people go too hard on the ‘G’ and butcher the French pronounication, which of course is way more fun to say. 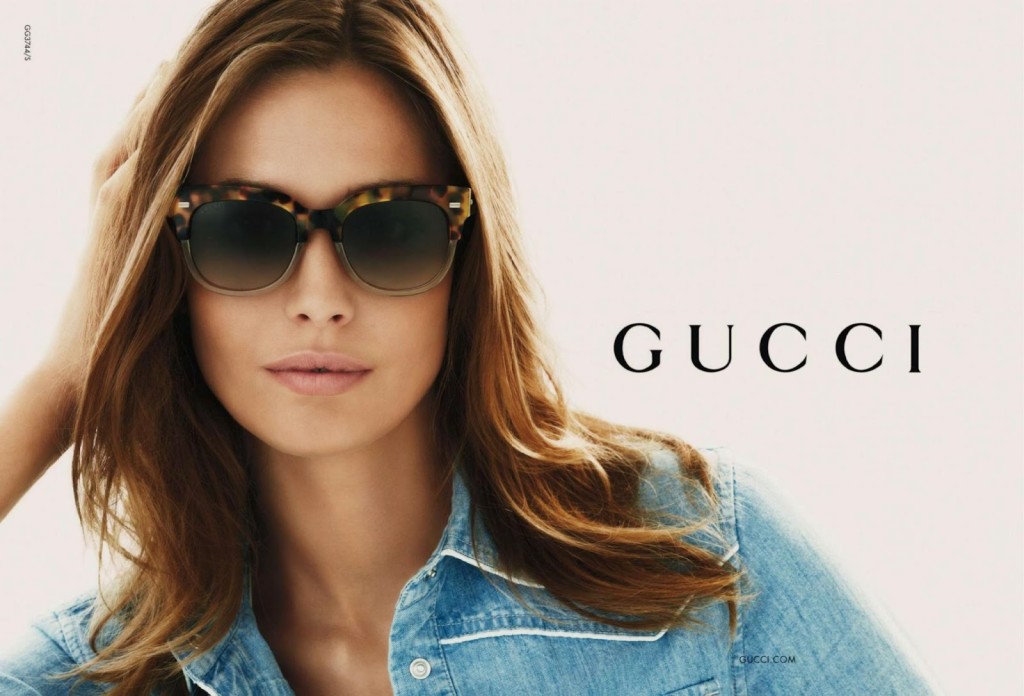 The World’s biggest-selling Italian brand worth billions of revenue year in and year out, created through humble beginnings when a young Guccio Gucci worked as an immigrant hotel worker in Paris.  Inspiration struck when he saw guests carrying luxurious luggage, and so when he returned to his home town of Florence he went about starting up his empire, which survived even during World War II. 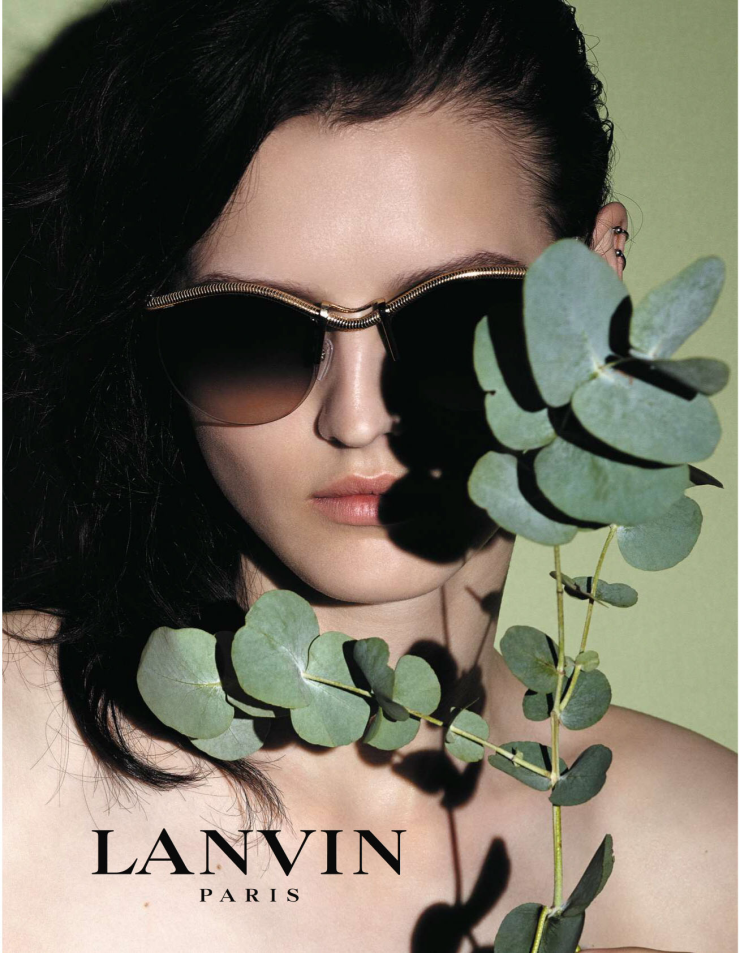 Lanvin is the oldest fashion house in Paris – yes, even older than Chanel and Dior.  Jeanne Lanvin first started out as a hat-maker, just like the oh-so illustrious Coco Chanel, but carved her way to worldwide success through her clothes, furniture and children’s fashion.  This one might seem simple at first to us Brits, but it’s the hidden French pronunciation which will catch us out! Any self-confessed fashionista out there already knows Miu Miu is headed by the current Creative Director for Prada, Miuccia Prada, Mario Prada’s granddaughter.  She named the brand after her nickname, cute huh?  Known for having bolder and more provocative designs compared to Prada’s traditional and chic tastes, their style are definitely for the experimental. Love over-the-top, Barbie-inspired designs?  Think exaggerated heart-shaped and the McDonald’s M shaped sunglasses with unforgiving colours and now with Katy Perry as the face of the brand, Moschino is just going to get bigger…  THE up and coming brand of the year (you heard it here first.) Known for exotic animal prints and the creator of sand-blasted jeans, yes that’s Nicki Minaj above who’s modelling for the brand this season.  If it’s not for you Just Cavalli, a youth-aimed branch of the brand, is somewhat toned down, but still edgy and that bit more affordable.

When Salvatore Ferragamo emigrated to America he started out making boots for the likes of Joan Crawford, but when returning to Italy he filed for bankruptcy.  Not one to roll over and start a new leaf, he worked hard at his brand and a few years later found himself in the privileged position to buy one of the greatest palaces in Florence!  His widow and family still run the brand today. 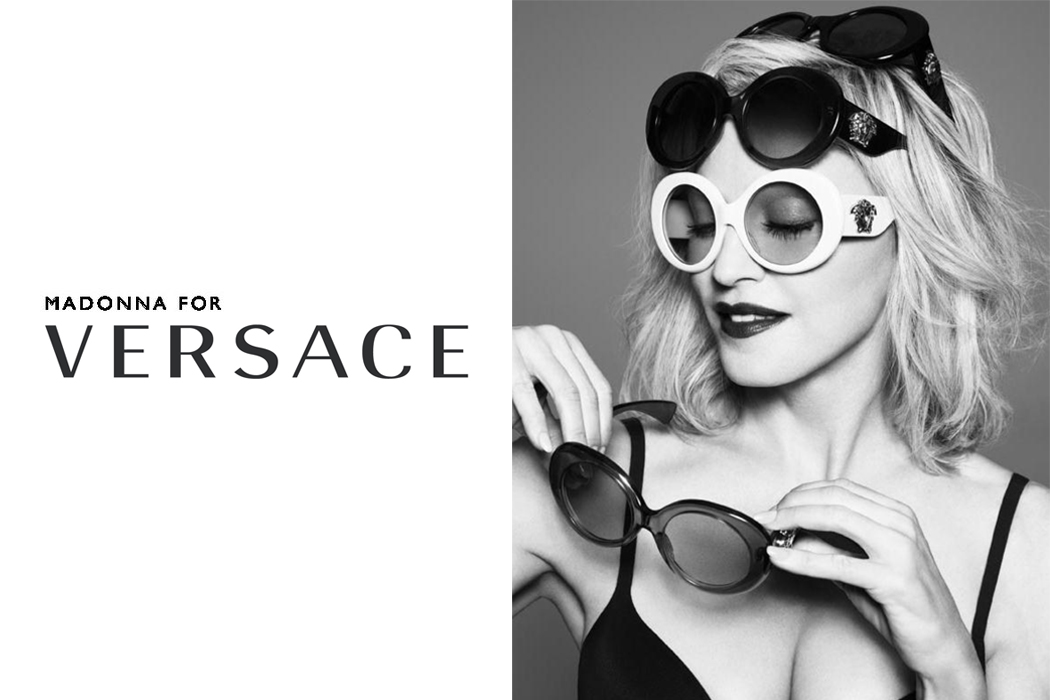 Oh to be a fly on the wall in a day of the Versace family.  Gianni Versace, the original founder, designed costumes for the likes of Princess Diana, Madonna and Cher, before meeting a heartbreakingly and untimely end when he was shot dead outside his Miami Beach home by a serial killer.  His sister Donatella, whom Gianni dedicated his perfume “Blonde” to before he died, took over and has pulled in A-list stars to front the brands campaigns ever since. 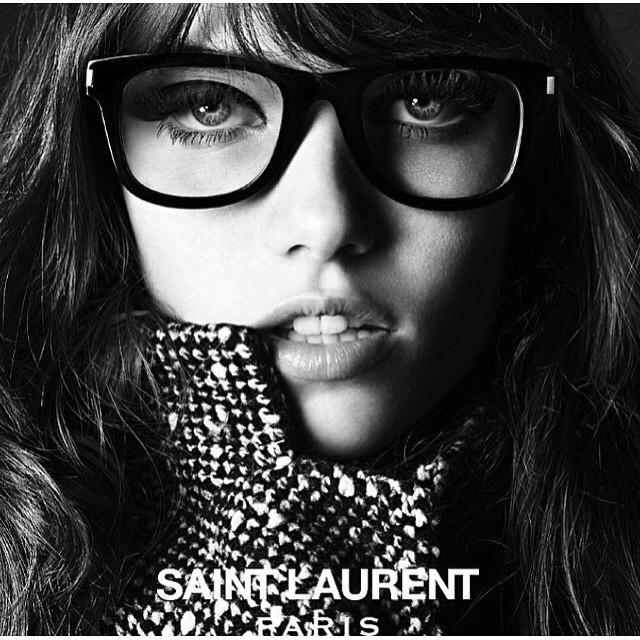 One of the world’s greatest names in fashion history and tutored by none other than by Christian Dior, who hired him on the spot and later chose him personally to succeed him as a designer.  Since starting his own brand and taking the world by storm, Yves is heavily quoted by saying: “Chanel freed women, and I empowered them.”  Although the ‘Yves’ has been dropped from the brands name in recent years, the emblematic YSL logo is still adorned on most of the brands accessories and products.

It is almost that time of year again where daffodils are popping up everywhere, the sun is starting to shyly peek out from behind…