Film fans, listen up. Eddie the Eagle is set to hit UK cinemas later this month and tells the story of legendary Eddie Edwards who dared to dream big and became Britain’s first ski jumper to enter the Winter Olympics in 1988.

The movie looks to be an uplifting and warm portrayal of how underdog Eddie got to the Olympics, starting from his childhood in England up until his big moment on the slopes.

The release date for the film has been brought forward from April to February 26th. If you haven’t seen the trailer yet, watch it below:

The main star of the film is Taron Egerton who does a great job playing the hilarious role of Eddie himself, but we couldn’t help noticing another character. Hugh Jackman stars as the charismatic Bronson Peary, the man who agrees to coach Eddie and help him to become a champion.

Coach Peary caught our eye in a pair of amazing aviator shades, which give him an effortlessly cool look. 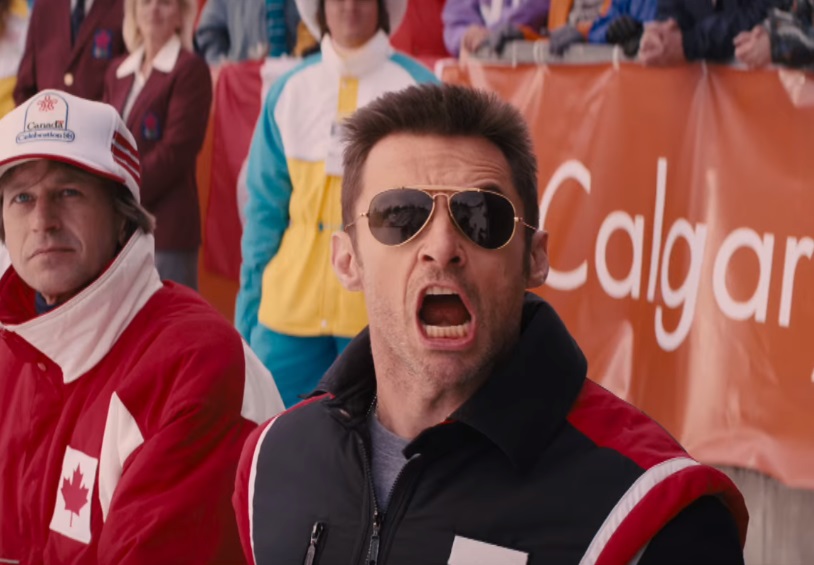 Luckily, we’ve been able to identify Jackman’s stylish shades worn throughout the film. If you want to get the look for yourself, his eyewear of choice are the cool and classic Ray Ban Outdoorsman sunglasses.

Ray Ban are a classic eyewear brand that have been around for years, so there’s no surprise that the wardrobe team chose this style of sunglasses for Hugh Jackman’s character to wear throughout the film. They fit in perfectly with the eighties style of the time.

The Ray Ban Outdoorsman glasses that Coach Peary wears are a unique take on a pair of classic aviators, with gold metal frames and crystal green lenses. However, their most distinguishing feature is the statement wooden brow bar on top which really sets these sunglasses apart. 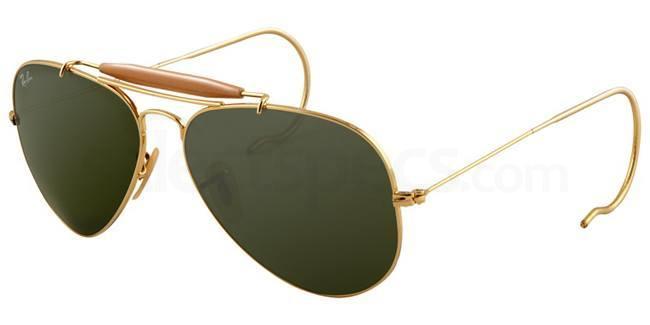 The Ray Ban Outdoorsman sunglasses actually come in two different styles – the original 3030 Outdoorsman features curved temples that wrap round the ears, while the more contemporary 3029 Outdoorsman features a more standard style. We’re not sure exactly which pair Jackman’s character is wearing, but we love the authentic retro feel of the 3030 wrap-around style (above).

This wasn’t the only pair of sunglasses that Hugh Jackman wore in the film though. You may have blinked and missed it, but the trailer shows another scene where Coach Peary is sporting a more unusual style. 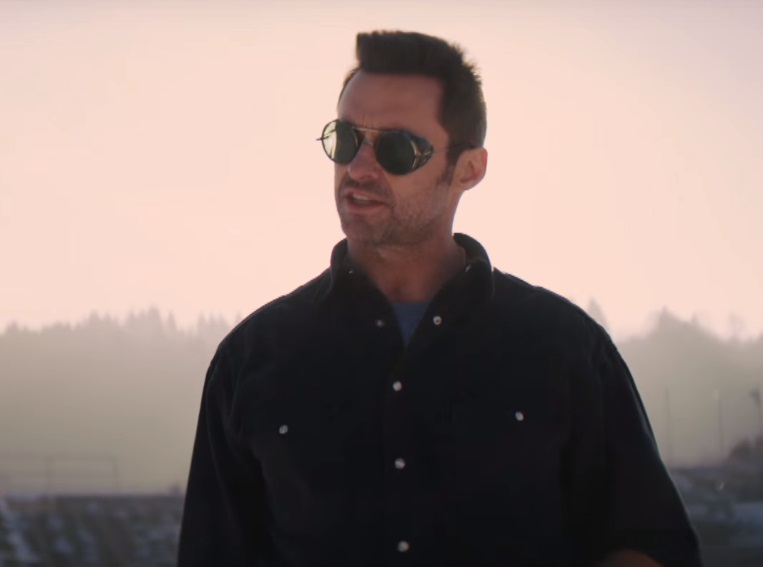 This style features round lenses with an unique wrap-around side shield design in black.  (Great for protection against snow glare, perhaps?)

The second pair of sunglasses featured in the film are from a brand called Flowertree, but you can get a similar look with the Julbo 010 Vermont Classic Sunglasses which feature curved arms and retro-inspired round frames. 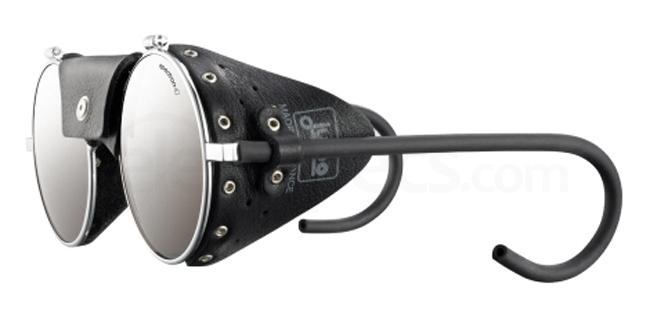 Of course, Jackman’s character wasn’t the only character to sport some interesting eyewear throughout the film and we couldn’t not mention the main characters eyewear choices.

If you’ve watched the trailer, you’ll see that Eddie the Eagles signature look also involves a pair of aviators, but his style of choice are gold-rimmed aviator-style prescription glasses. From his childhood through to his sporting years, Eddie wears the exact same style of glasses; they become part of his identity and he’s never seen without them. He even keeps them on under his ski goggles!

You can get Eddie’s look with the affordable Sigma SIG100 specs or the classic Ray Ban RX6049 aviator glasses available at SelectSpecs.

So, will you be watching Eddie the Eagle when it arrives in cinemas? Let us know if you spot any more interesting eyewear!

The People’s Choice Awards are one of the most prestigious events in Hollywood. The ceremony occurs on a yearly basis and some of the…