J-Lo appeared on the red carpet at the premiere of Rock the Kasbah a few weeks back and let it be known to the world that she has a new love – and that is eyewear.

A few weeks back she shared this Instagram post of her and a friend wearing those ultra-chic cat eye glasses and it looks as though she hasn’t managed to put them down since.  Appearing to be the same pair she wore out to this A-list star event, they’re thick-rimmed, black with a bold cat-eye flick.

Soon after her photos appeared online, the press were full of praise about the singer’s exquisite taste in how to look natural, yet sophisticated at the same time. Her appearance was smart, elegant and ultra-chic, whilst giving a nod to the popular style of the 50’s where cat-eye glasses heralded and have since been known to give wearers a natural face lift and doe-eyed look, at the same time.

Even though she probably dressed to impress, we’re guessing J-Lo wasn’t even expecting as much as a stir it caused about her making “nerdiness” sexy.  But with so many designers creating much sought-after eyewear lines, glasses have been getting more and more stylish, evolving with the changing and current trends of the catwalks.

J-Lo’s glasses in particular were by designer Max Mara, who for their Autumn/Winter campaign roped in Gigi Hadid to model with much of their glasses for print shots and on the catwalk too.

At SelectSpecs we’ve known this brand to produce some timeless frame designs for a while now, so it’s no wonder to us why J-Lo would pick such a perfect pair of glasses.  There are many similar frame designs in their new collection, like the below MM 1246: 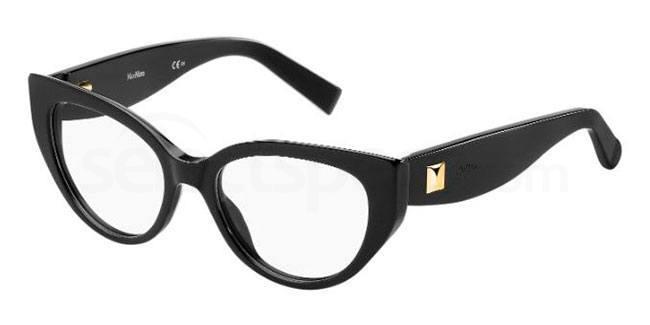 Max Mara on the other hand seem to be thrilled to see J-Lo’s love for their products – can we sense a sponsorship deal?  Their social networks are always full of praise for her stylishness and we can’t blame them!  The era of thick rimmed glasses is definitely now and models such as J-Lo and Gigi Hadid help prove that.

Do you like J-Lo’s newest eyewear?  Let us know in the comments section below and tell us which Max Mara frame you admire the most!

A Ray of light to the music world. Ray Charles was known to millions around the world as an award winning singer-songwriter and composer,…