On March 10th, Sharon Stone turned 59, and the actress and former fashion model still looks as if she is in her 30s. As the face of Christian Dior in 2008, the actress is widely known for stunning Hollywood with an appearance in the movie Casino, for which she received an Oscar nomination in 1996, and Basic Instinct. She remains a beautiful and stylish woman, regardless of the season or occasion. A fashion icon by default, Stone is a star on the podium even today.

Sharon Stone looks as young as her outfits and hairstyle, as if they never turned 59.

She is still attracting the attention of the photographers and every event is a new chance to admire her style. It doesn’t matter if Sharon goes to a gala wearing a black dress, a clutch and a pair of sandals or if there’s a social event which requires jeans and a leather jacket.

Proud mother of three beautiful boys, she never misses an occasion to show that looking sharp is a “must” for a Hollywood role model.

In order to get a better image of her style preferences, we can refer to an interview from 2014. She told InStyle.com that the secret is:

A year after, she gave an interview to Harper’s Bazaar after a naked photo shoot. With dignity and class, she stated:

What really is sexy? It’s being present and having fun and liking yourself enough to like the person that’s with you.

Apart from being an addicted to fashion brands such as Gucci, Dior or Yves Saint Laurent, Sharon Stone made a remarkable impact on the world of fashion when she designed a Louis Vuitton shoulder bag. According to yoogiscloset.com, the retail price of the item is $695.

Her beauty and sex appeal have always been connected to her role in Basic Instinct in which she played a mystery writer accused of murder. The white dress worn in the interview scene will remain a trademark for Hollywood and, as years passed by, she still possesses the ability to catch the eye with white outfits.

Sharon always knew how to stun the red carpet and wear cool sunglasses at the same time.

In 2014, at the premiere of “The Search,” she looked amazing in a black dress and with a Salvatore Ferragamo hard-case clutch. On top of that, a pair of Aviators which are similar to the MICHAEL KORS 0MK5004 CHELSEA Chocolate Brown model. Très belle. 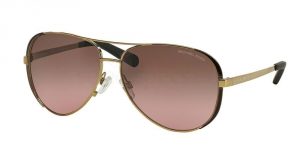 A sunny Sunday afternoon is the perfect opportunity to opt for casual and feel more comfortable. For Sharon, a horse racing event is no excuse to skip fashion brands. On this occasion, she put on a pair of Dior DIOR Sun which is a perfect fit for a black&white picture. If you’re in the mood for shopping, the item is £333.

Love her or hate her, you have to admit she is a star example for the younger generation in terms of fashion, class and grace. 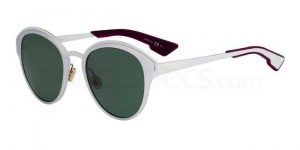 Brooke Webb is an an American fashion and lifestyle blogger and mum of two, who has amassed a following of over 120,000 admirers on her…