Everyone has that favourite movie where the villain leans back in his leather chair, tilts the blacked out sunglasses onto his nose, narrows their eyes into a menacing stare then delivers that killer line.

It’s become so much of a cliche that recent films have shied away from it. Well have no fear, we’ve dipped into our archives to bring you five of the best movie bad guys in shades. 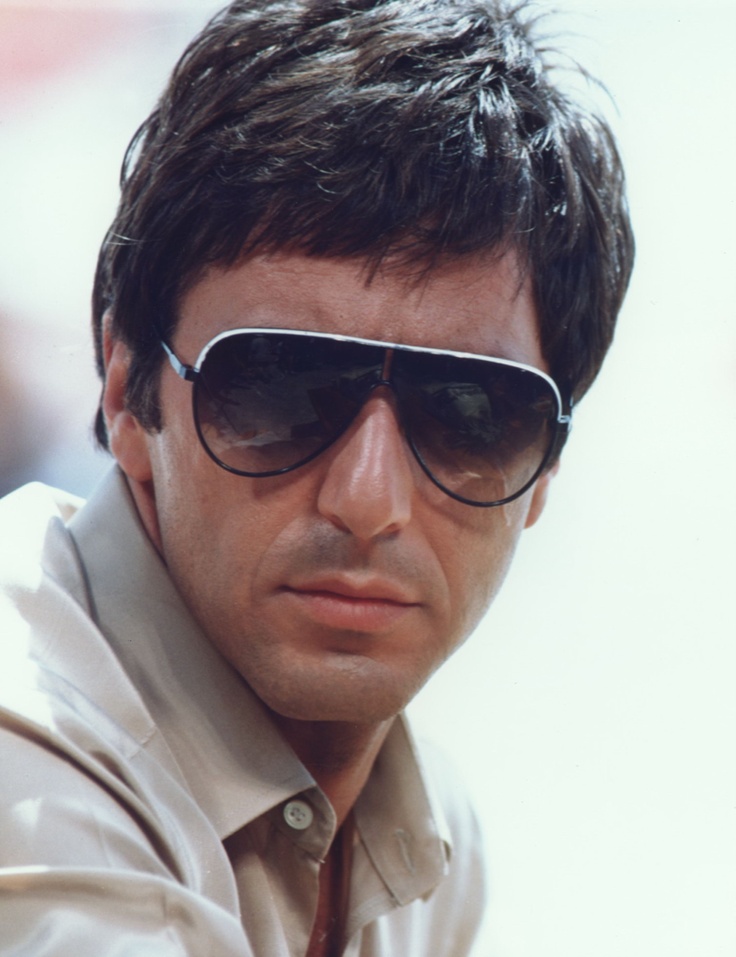 Al Pacino’s uncompromising drugs villain Tony Montana hid his hard man stare behind a pair of black Porsche/Carrera 5622s. They boosted his image as a man not to messed with and those large lenses with plastic frames have a classic, retro feel – exuding power.

Don’t be fooled. Just because his eyes aren’t completely blacked out behind those gradient lenses doesn’t mean he’s letting you into the psychology behind the man. That’s heavily protected just like so many things in his Miami-based crime syndicate. 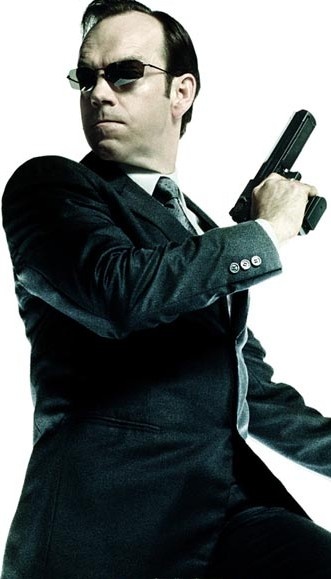 This cold, clinical self-replicating assassin took movie villainy to a new level. Few cinema goers will ever forget the zen-like fighting acrobatics and punching through concrete as if it were tissue paper.

But it’s the pale, ghost-like face and the harsh, totally blackened, rimless shades that gave him his enduring appeal. Those death stare, seven-sided lenses mark him out as other-worldly (as, indeed, he is).

The laid back, round-lensed sunglass wearing hulk that was Marcellus Wallace was laid back for a reason. The long arm of his mob connections gave him the self-assurance that no matter how far you ran you wouldn’t be getting anywhere fast.

And his arch enemy boxer Butch Coolidge (Bruce Willis) can vouch for that because he just seemed to keep on running and running yet still bumped into Wallace by accident at a pedestrian crossing in the middle of nowhere. It’s no picnic to fnd yourself staring down a pair of his Ucspai goggle sunglasses when you least expect it. 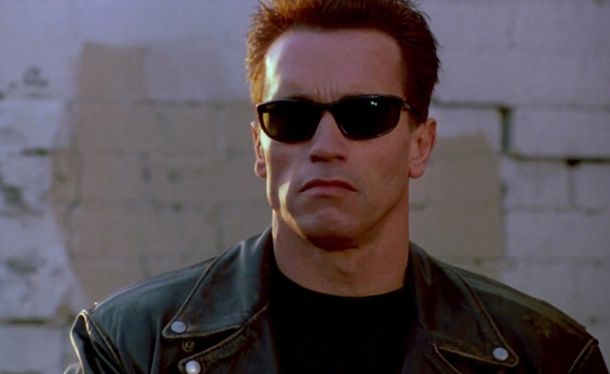 Should this be number one? It surely sets the standard for iconic sunglasses wear with Arnold Schwarzenegger as the android with an attitude, dropping dry-humoured (actually just dry!) one liners.

It’s an effective cinema styling device to give an android villain blacked out sunglasses to show that he functions machine-like, without human emotion. Arnie’s Terminator may well have been the film that simultaneously gave birth to the shades-on-droid stereotype and killed it in one movie. After that it became too cool to copy.

And finally we have our number one and I’ll tell you why. Not one, not two but five of the coolest, slickest villains in movie history kitted out in shades and suits for a heist that goes terribly wrong. The problem is if you saw five guys like this walking into a high street bank they would stick out like a sore thumb and you might find yourself involuntarily thumbing 999 on your mobile.

And don’t forget Tim Roth as the soon-to-be-deceased Mr Orange in Ray-Ban Clubmasters.  Those super-slick Ray-Bans now surely deserve a Hollywood star of their own. 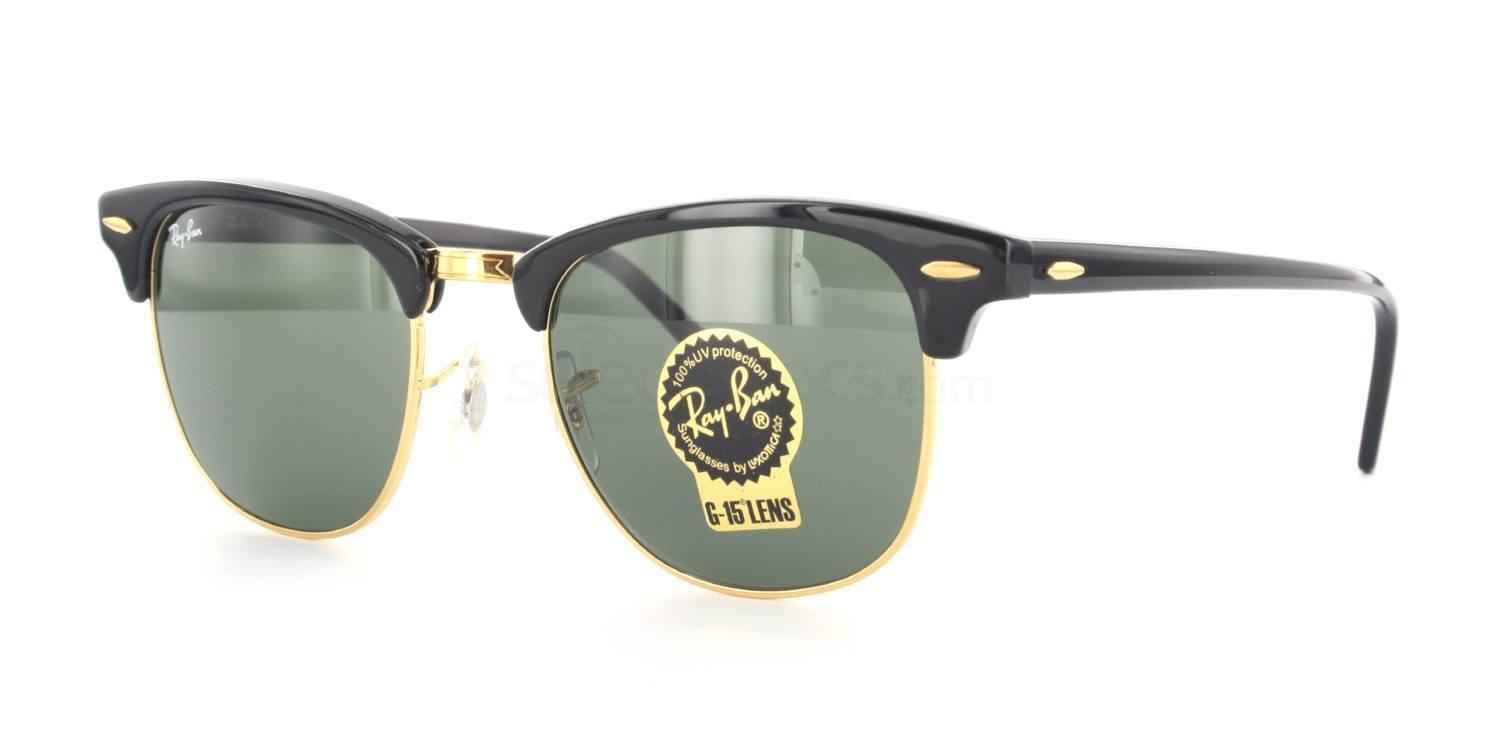 Famous for her modeling and television presenting, Holly Willoughby has become famous for her down-to-earth personality, great fashion sense and brilliant sense of humour….