It almost feels like yesterday when the Wimbledon tournament ended in typical Hollywood fashion with a happy ending for Garbine Muguruza and Roger Federer.

Style has always been an unwritten rule of this prestigious competition.

Every season invites new waves of fashion and elegance with white being the dominant king at Wimbledon.

The beautiful sport of tennis brought some iconic players wearing glasses or sunglasses to the arena.

Some might consider this eyewear accessory a hurdle on the road to glory, but this is definitely not the case of today’s athletic heroes.

From the archives of Wimbledon’s fashion history, we present eyewear choices of tennis players on court.

This Czechoslovakian born champion is one of the most prestigious figures in the history of tennis with 18 Grand Slam tournament wins.

A respected lady in the locker room, Navratilova used to impress the British audience with her tennis style and eyewear choices.

Her round-shaped glasses and tiny frames made the item easy-to-wear as tennis is a demanding sport.

A lightweight and stylish choice which can be replicated in 2017 with the Infinity M8201.

Unisex and very protective for the eyes, this product is a highly recommended asset by our customers, with a 4.4 score out of 40 reviews.

With single vision and progressives lenses, you will be in heaven.

Just how Martina looked at every trophy ceremony she attended. 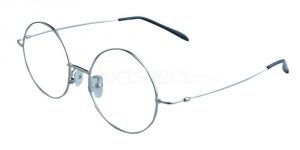 Another legend of the game is Billie Jean King: a 20 time Wimbledon champion in singles, doubles and mixed doubles competitions.

Another particular element which made her style unique were the glasses.

One of the most sublime fashion statements of Wimbledon if we refer to the 1960s and 1970s, a period where American players used to dictate the hierarchy of tennis and fashion on-court.

If you’re looking to copy her style, chose the Airlock Seven-Sixty 201.

Suitable for both female or male fashion addicts, this product offers you a modern look while pointing out the fashion trends of the past.

With gunmetal and semi-rimless frames, your eyes will serve for the match. 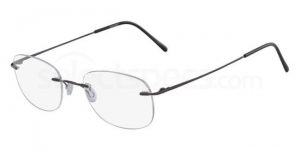 Done for the morning.Great practice with the Argentinian giant @delpotrojuan

Former number 8 in the world, Janko Tipsarevic is an entertainer on court and the reason why people pay for a ticket without regrets.

Although he’s been subjected to a few injuries in the last years, Janko delighted the Wimbledon crowd in 2007 and 2008 when he reached the fourth round.

In terms of fashion, the player wears sunglasses on-court, and Oakley provides the best products for his needs.

His eyewear choice is justified as Tipsarevic stated several times that the lenses provide protection for his eyes and that he can see better while playing tennis.

We can’t argue with this, and Oakley is a guarantee of comfort.

Don’t hesitate to copy Janko and steal the look with the Oakley OO9363 FLAK BETA. 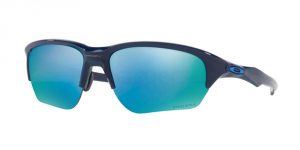 Denis Istomin is a player from Uzbekistan, who used to be a constant presence in the ATP Top50.

At Wimbledon, even though he never passed the fourth round, Denis made history with a contemporary fashion statement by wearing glasses from Oakley.

With transparent lenses and modern frames, this is proof of a style evolution when it comes to Wimbledon.

Apart from being easy-to-wear, this item improves visual acuity and this is the reason why Istomin or Tipsarevic promote the quality of these lenses.

The show must go on with the Oakley OO9188 FLAK 2.0 XL (Photochromic): a polished white pair which makes Wimbledon a fashion parade. 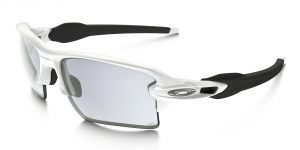 John Michael, a.k.a. Ozzy Osbourne is an English singer and songwriter since the 70s. The new & older generation witnessed different sides of the rock star with…