Summer’s here, and there’s loads of stuff to be excited about doing in the months ahead – like heading for the beach, going to music festivals and, perhaps, even preparing for university. This time of year is also when cinemas are often at their most bustling, thanks to the arrival of loads of sparkling cinematic blockbusters.

There are lots of real gems set to light up cinema screens this summer, and you are often missing out if you aren’t getting the 3D experience as well. This helps to explain why there might not be a better time for you to splash out on a pair of 3D sunglasses from SelectSpecs.

“3D sunglasses?” we hear you cry. “What are they?” We can easily enlighten you. First, though, here’s a look at some of the big cinematic releases that we’re especially excited about.

No summer would be complete without a visually impressive and action-packed superhero film. In cinemas right now, there’s the sequel to 2012’s Avengers Assemble, which brought together Marvel legends including Iron Man, the Incredible Hulk and Captain America – all of whom are now back!

There hasn’t been a new Jurassic Park film since Jurassic Park III – fourteen years ago, so save the date (11th June) in the diary for when this new addition to the franchise arrives. Steven Spielberg is back as executive producer and, though there’s a new director and an almost entirely new cast, you only have to watch the trailer below to see that Jurassic World is promising much of the same kind of action and thrills as its much loved predecessors.

If you thought the minions were the best part of the Despicable Me films, good news – they’ve now got their own film! It will be in UK cinemas from 26th June – and, though it has obvious appeal if you have kids, you shouldn’t be fooled by its cute exterior. If the Despicable Me films are anything to go by, Minions will offer plenty of fun for adults, too. Oh, and did we mention that Sandra Bullock will voice the villain, Scarlet Overkill?

So, what are 3D sunglasses?

They are largely self-explanatory, really; they are sunglasses that can also be used for viewing 3D films. Now with the sun shining brightly in our skies it’s a better time than any to invest in a pair.  Unlike the cinema’s own 3D glasses, you can keep them and use them like you would your standard sunglasses, for many summer occasions. There’s no question you can look super-stylish wearing them too – just look at our wide range of 3D designer sunglasses, two of which are pictured below of the Kiss&Kill brand available from SelectSpecs. 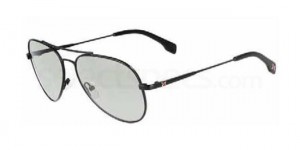 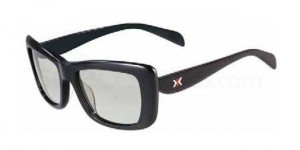 Get those glasses and book those tickets

Another great advantage of getting hold of a pair of these sunglasses is that you can keep reusing them and let’s face it; they’re probably more comfy than the cinema’s pair too. With more and more films set to come out in the 3D format beyond the summer – including, of course, the history-making Star Wars: The Force Awakens in December.

What 3D films are you particularly looking forward to? Which of the 3D summer blockbusters have you already seen, and what did you think of them? Don’t be shy, use the comments box below to tell us!

Craig is a freelance writer with interests in comedy, theatre and history. He has degrees in English, History and Journalism and is excited about writing for SelectSpecs.

Sadly, for the final time, it was goodnight from him this week. Regretfully the shining beacon of comedy was finally extinguished this week after…