You can’t imagine anyone writing a non-fiction book called How To Marry A Millionaire, that’s got slapstick rom-com written all over it, surely?

But yes, this bestseller was written by socialite Doris Lilly in the 1950s and Marilyn Monroe’s movie of the same name took the title and basic idea, but the new plot featured three models instead of just one – Hollywood stars Marilyn Monroe, Lauren Bacall and Betty Grable – who all move to New York in pursuit of their richer other halves.

Their Manhattan apartment is soon filled with fake upper class décor and furniture becoming a hive of activity in their quest to attract wealthy husbands. 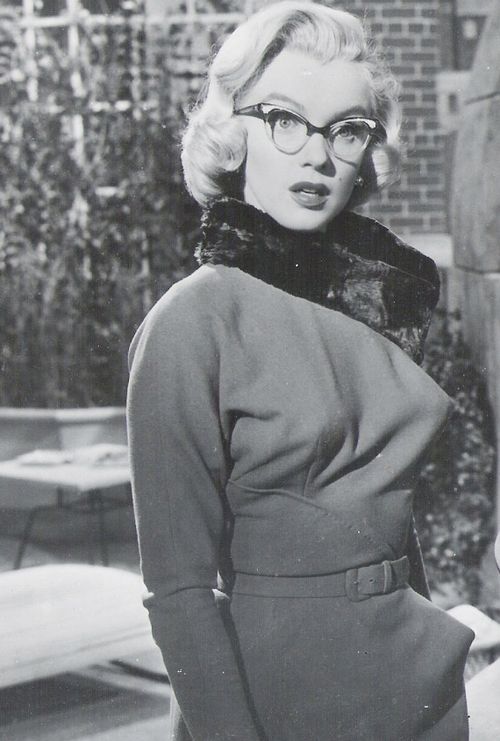 Monroe’s character Pola Debevoise, a near-sighted department store model, only seems to find a comfortable sense of who she is when she is wearing her glasses.

However, she often chooses not to wear them, particularly when she is meeting a date and stumbles around a little lost, almost as if this is a metaphor for her journey of self-realisation.

Some internet sources claim the movie was based on Marilyn Monroe herself because she was also rumoured to be near-sighted but was rarely seen wearing glasses. So did she ‘find’ herself in this movie? 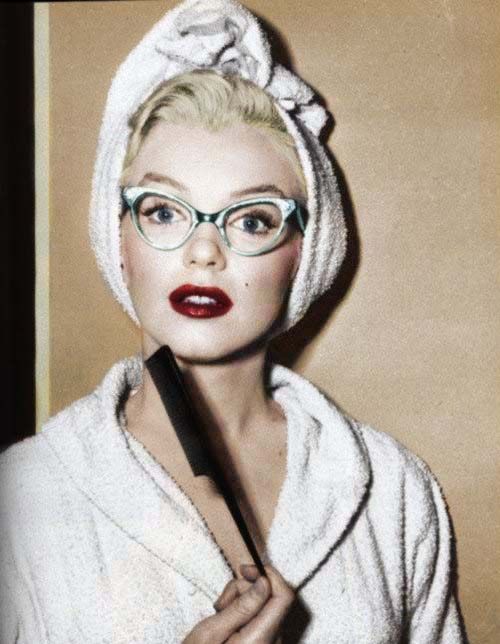 We will never know the answer to that question but what is apparent is the incredible turnaround when her character’s dream date falls in love with her because she is wearing them.

This realisation switches her self-perception. ‘Eyeglasses are sexy’ this movie screams as the credits roll. And the type of cats eye glasses worn by Pola are the epitome of attractiveness because they are a strong visual statement by the wearer.

They are not exactly the most anonymous looking frame on the market, so they exude confidence and are for those comfortable in their own sexuality.

For Monroe the whole attractiveness thing could get a little one-dimensional, not to mention boring. She didn’t just want to be seen as a sex siren and sought out the film’s director Jean Negulesco for more insights into her character development.

But apparently the director just wanted her to be as sexy and funny as possible – sexy pretty much whenever she was facing the camera and funny whenever she couldn’t find her glasses and had to stumble around. However, this film was different from so many of her others because her character is unsure of what public face to show – that is until she’s accepted as herself by the love of her life. 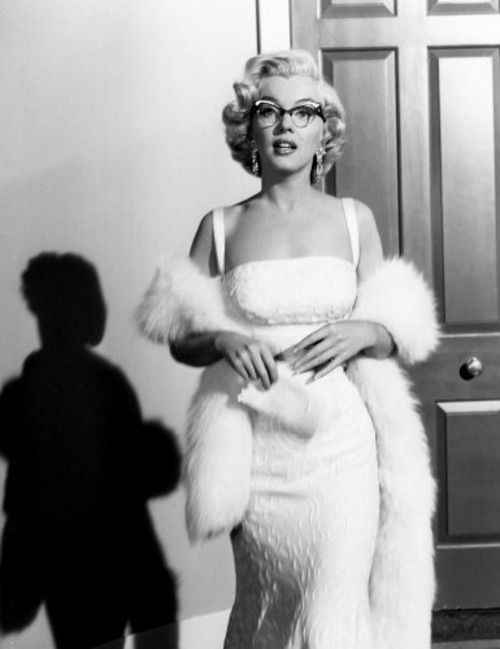 Some of Monroe’s movie set quirks irritated her co-stars. Her habit of peering over those cats eye glasses at the forehead of the actress she was sharing dialogue with seemed unprofessional and off-putting.

Lauren Bacall was the most vocal in her complaints. Monroe claimed she did this so that her eyes would seem larger on screen. Yes the eyes a focal point for both actors and lovers, especially with this film being all about romance!

It was also 20th Century Fox’s first comedy on wide-screen CinemaScope, which would give audiences an even bigger view of her eyes! 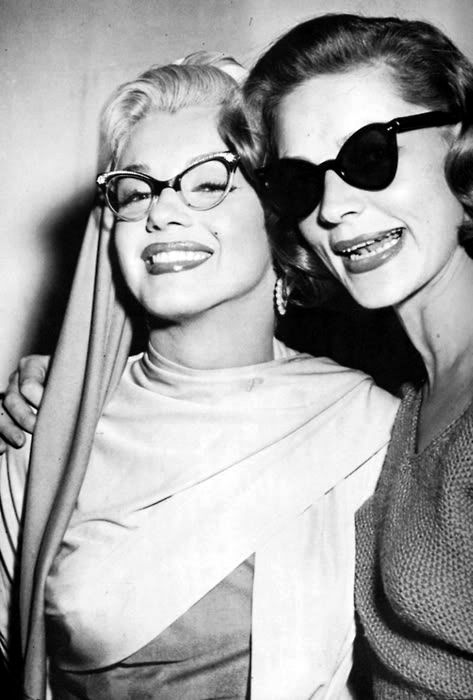 This movie had a considerable trigger effect on consumer eyewear. Decades afterwards cats eye glasses would become the styling must-have for movie stars, society types and the fashion conscious across all classes and races. These vintage looking Emporio Armani’s from Selectspecs.com will ensure that the Monroe-effect continues a lot longer, no doubt. 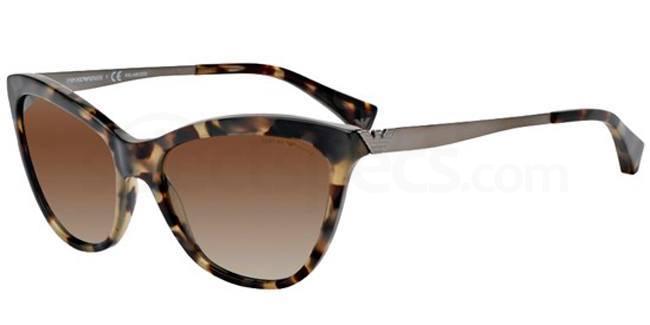 And if those sunglasses are a little out of your range these lower priced Hallmark E9857 Cat Eye glasses below are available on prescription, or as sunglasses. 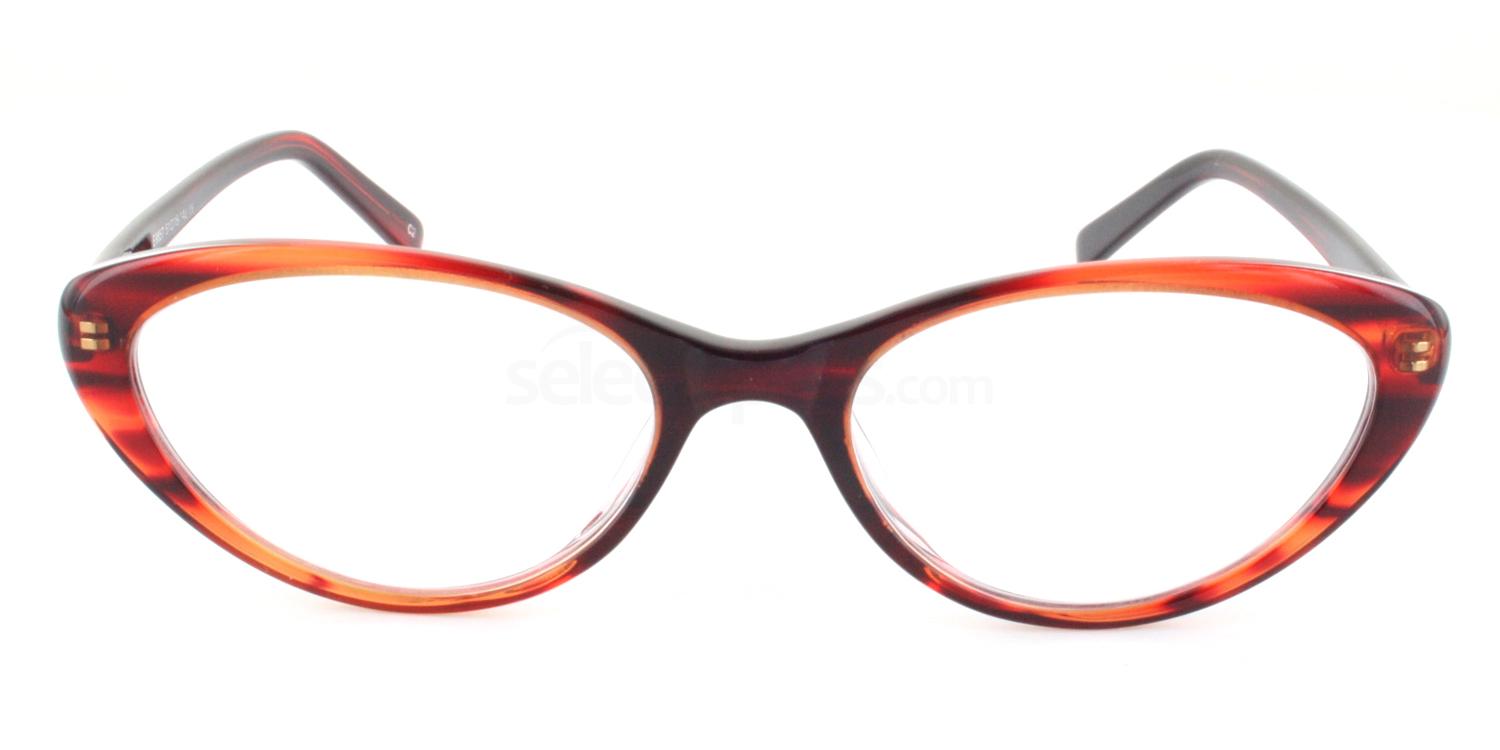 Taking the catwalks by storm, cat eye lenses are a hot new trend to look out for in 2017. This new style combines two…