If twentieth century were a colour palette then the eighties are the vibrant of all colours, a utopia to many which was snugly fit into ten years. An era which brought forth icons in their own right and classics which raised the benchmark for the contemporary.

An era when maximalism had magnetism with loud bright colours. It was the age of neons , iconic eyewear, wild big bouffant hair- unconventional was the essence of fashion, although traditional basics had their rightful place. The world then was a different place which fascinates us still and stir our urge to live the era yet again. Hence the runways are cascading with fashions which are heavily influenced by the 80s glamour.

Let us take a peek into the era through the glasses of some of the iconic, from both real and fictional realms of the era.

It was a decade when we were captivated by the charismatic Princess Diana. She was a visionary fashionista who has pioneered numerous signature pieces. The image above is a fitting example of her iconic style. Looking stunning in a red tartan coat with her wispy blonde hair framing her pretty face, she wore a pair of red glacier glasses making us fall in love with them ever since! Although they were just a pair of safety goggles then.

Check this pair of sunglasses in glacier style with Cebe SUMMIT . 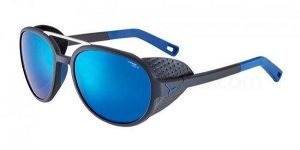 The Hollywood Hunk with his sculpted features boomed the sales of Ray-Ban twice in a single decade making two of its sunglasses silhouettes iconic.Tom Cruise as Lt.Pete Maverick Mitchell, the protagonist of Top Gun is just as timelessly iconic looking dynamic and reckless as the aviators he sports throughout the movie, doing justice to the song Berlin performed for the movie. 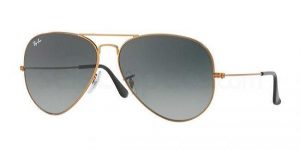 The 1980s wouldn’t have been the 1980s without Madonna, whether it be music or style. The decade would have been inadequate without the “Queen of Pop”. Her style from has become timeless and iconic ever since with her whimsically styled wild hair, lots of bling, mesh and her ultra cool shades. We have got some proof for you above!

Take a hint from the “Queen of Pop” and grab a similar pair with CARRERA 5044/S . 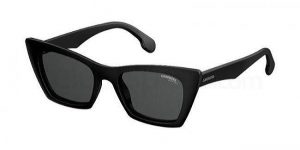 Michael Jackson made the era truly glorious with his unrivalled music, moves,
and unmatched style.He was a trendsetter who has created ripples with his magnetism and unusual yet aesthetically pleasing fashion elements, like his studded single glove, military jackets or his ever changing eyewear fashions like the wings aviators.

Find a similar pair of sunglasses with CARRERA 1005/S 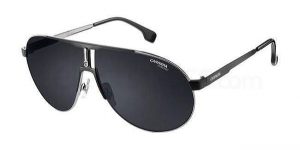 1980s has a special place for all the rom com lovers for offering them with classic romantic comedies like ‘When Harry met Sally…’,which is iconic for many things including Sally Albright’s glasses. Meg Ryan’s style as Sally Albright was charming and very 80s minus the loudness with shoulder pads,wild hair, metal rimmed glasses and her delightful persona.

Searching for a twin of Sally’s pair then find it with Ray-Ban RX4246V – Clubround glasses . 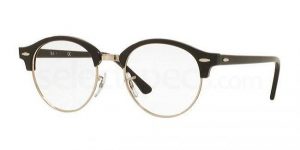 The British heartthrob enticed us with his stunning Grecian looks, strong velvety voice, beautifully crafted lyrics and his artistry in fashion choices . He brought many iconic ensembles to light and made them the iconic trends of 80s which are not ceasing from bewitching us still, like his iconic ensemble from the song ‘Faith’ in black leather BSA jacket, distressed jeans, his famous crucifix earring and mirrored aviators. 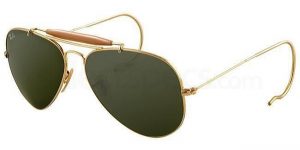 80s has given us some of the most memorable classics ever and “A Christmas Story ” was one of them, always standing in a cosy spot on our holiday movie playlist. The movie is known for its hilarious turn of events and memorable characters…..oh! and also the “leg lamp” Ralphie, the lead is nevertheless adorable in his desperate attempts to own a ‘Red Ryder air rifle’. The little boy is iconic and amusing with his eccentric thought process, cute poker face and his round shaped shell glasses which perhaps did save him from “shooting his eye out”!

Find a similar pair for your little ones or teens with owlet TEENS OPAA095. 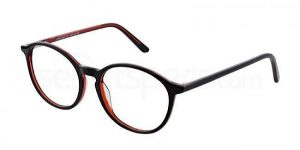 And now that’s a wrap! If you enjoy reading posts on eyewear inspirations then do have a look at our Julia Roberts:Eyewear of an Enigma or Princess Eugenie:Fascinators and Sunglasses.

Fearne Cotton looks amazing in these Ray-Ban RX5317 prescription frames. Fabulous Fearne proves that these amazing frames by Ray-Ban are a perfect unisex frame, not…