The Open Championship is over for another year as Swede Henrik Stenson brought home the sporting bacon, winning his first major over 4 days at the age of 40.

We all know what’s coming next; the Ryder Cup – where golfing gladiators from either Europe or USA team up and battle it out for the prestigious Samuel Ryder trophy.  But it’s not only the golfers who have teamed up, as once again the Ryder Cup and Bollé join in partnership for the event.

The affiliation between the brands seems to be blossoming, just like Jordan Speith’s professional golfing career, with their story and tradition of working together set to continue until 2018, where the tournament will take place at Le Golf National in Paris.

A Bit More about Bollé

With more than a century of eyewear experience under their belts, Bollé have been a firm fixture of the Ryder Cup since playing an integral role during the 2014 tournament, which took place at The Gleneagles Hotel in Scotland.

This followed on from their inclusion at the Celtic Manor four years previous. After a dramatic finish, which unusually concluded on a Monday, Europe pinched victory by 14 ½ – 13 ½ points over the US team.

But it seems Bolle is not just looking to hole out. Oh no, before this years tournament tees off they have developed a unique pair of sunglasses.

Emerging from its Bolt collection, Bolle present the very special Bolt S Ryder Cup Modulator V3. This pair of golf lenses have been created to study the course in minute detail. 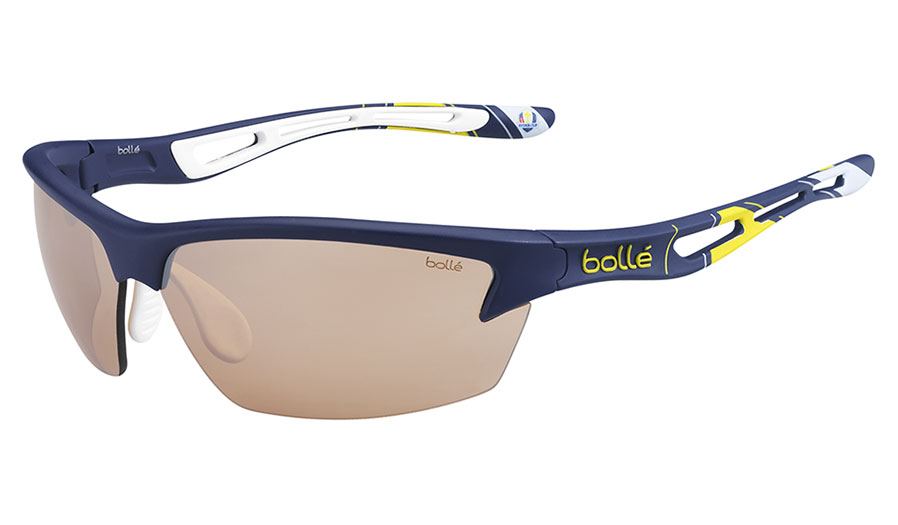 A bird’s-eye view of the Hazeltine.

Now imagine it with thousands of the world’s best golf fans…..https://t.co/nK6dYi9Zvc

Bolle’s lenses have the ability to see the course in any given light. The lenses allow greater course coverage, whilst obtaining protection from a number of different elements.

Bollé is committed to the unique experience The Ryder Cup provides, and that resonates with our brand values: the highest level of golf, the intensity of the emotions and the team spirit.

He also spoke of their previously mentioned partnership in 2010, where he said the European Team “won a fantastic battle.”

The V3 features cutting edge prescription lens technology, meaning a higher level of improved vision and not to mention a B-Thin Active design making it lightweight for all day wear out on the golf course. That’s lighter than polycarbonate!

A hydrophoic treatment has also been made to the outside lens, which acts as a barrier against dirt and water marks.

Finally, the lenses benefit from Bolle’s photochromatic technology. This allows the lenses to adjust automatically to any given light or dark environment, whilst giving maximum UV protection.

If you want to keep your eye on Bolle then why not look at some of our striking selections here.

How to choose the perfect sunglasses for cycling here.

Aviator shades are a timeless go-to summer accessory and they look great on men and women alike, for any event or occasion. A classic design, a…