Standing out in an era of cinema when physical attributes mattered even more than they do today and when the movie goddess ideal was an hourglass figure the elfin Audrey Hepburn’s enduring appeal as a style icon was surely down to genuine acting talent and her ability to find a fashion uniform that worked and then stick with it.

For her that was a simple, elegant wardrobe with, of course, iconic eyewear. Central to this styling was British eyewear designer Oliver Goldsmith. Homing in on her large, brown eyes and reasoning that her doe-eyed innocence set her apart he worked with her to find a look that accentuated those qualities. 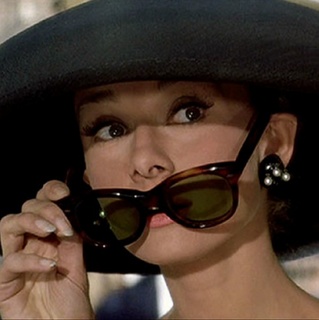 Goldsmith’s great-grand daughter Claire recalls the star had a good idea of what suited her and styling choices over a number of movies certainly show a preference for larger frames with cat-eye designs. In her most famous film Breakfast at Tiffany’s (1961) her character Holly Golightly wore Goldsmith’s black wayfarer style Manhattan glasses. Those green lensed tortoiseshells were handmade in Italy despite the reference to the US borough. 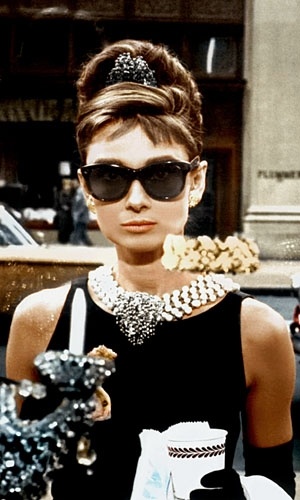 She wore his distinctive white-rimmed Bude glasses In How to Steal a Million (1966) and they would feature in an exhibition at Sunderland’s National Glass Centre decades later. During this period Goldsmith, with Hepburn’s help, transformed the public perception of consumer eyewear from a practical visit to the opticians to the search for the fashion must-have. 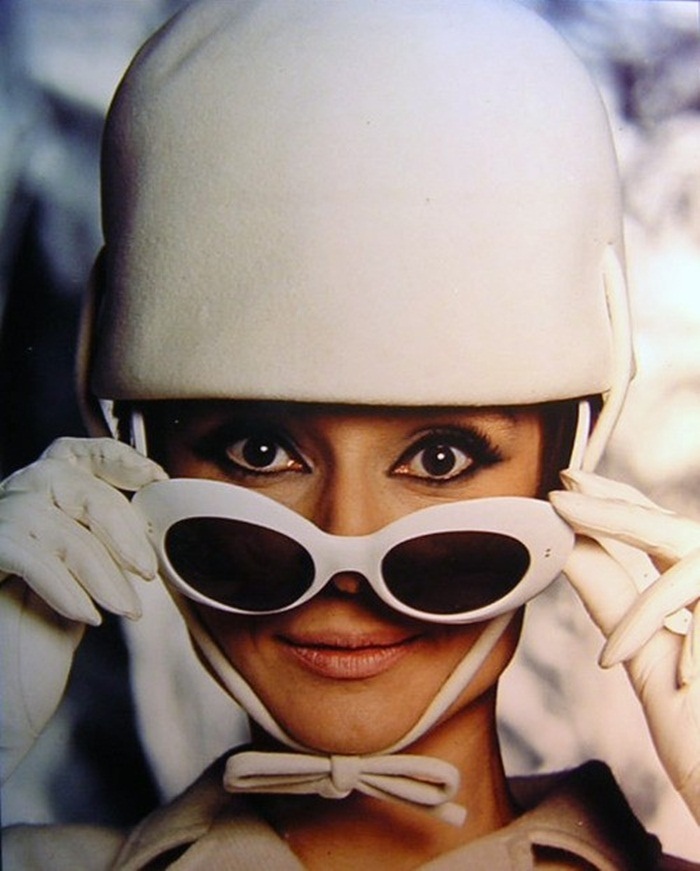 The 50s were undoubtedly his pivotal era, arriving with perfect timing and prospering from an age of incomparable movie icons. His illustrious client list included Grace Kelly, Jackie Onassis and Sophia Loren.

However, Hepburn’s early life never showed signs of this career direction. Despite being regarded as quintessentially English she was born in Brussels in 1929 the daughter of a Dutch baroness, those recognisable airs and graces cultivated further at an English boarding school in the 1930s. Legend has it that her mother insisted that she also hang out with an English coal miner’s family to learn about all strata of English society.

When Hollywood success followed her preference swung back to the upper strata and was briefly engaged to wealthy industrialist, nobleman and parliamentarian Baron Hanson. Despite this Goldsmith helped give her universal appeal.

After the release of Breakfast at Tiffany’s which featured her with a pet ginger tabby cat, animal shelters claimed they were inundated with inquiries about the breed, such was her common touch. She was marketed as charming, pleasant and unthreatening – and successfully so.

Although she died in 1993 even today her star shows no sign of fading. Adapting possibly. A 2013 campaign to promote Google Glass spawned online spoof photos of her wearing them. Some might consider it similar to drawing a moustache on the Mona Lisa but ultimately it marks out her relationship with eyewear as having enduring market power.

And who is to say that a post-millennium Hepburn wouldn’t be wearing a pair in a yellow taxi to Tiffany’s, browsing the internet and uploading to Twitter and Facebook? Breaking new ground as she did with those iconic Goldsmith brands in films past. 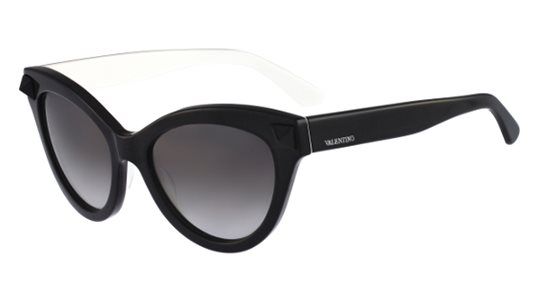 Pastel colours were huge last year and now they are making a come back! From pale pinks to pastel blues, anyone and everyone can…