Who can best capture the unique allure of James Dean? Many have tried and come up short in the eyes of generations of adoring fans, but Dane DeHaan’s portrayal in the recently released biopic Life is, on the face of it, convincing without opting for lazy imitation. So why are our standards here so hopelessly unattainable?

The spectacle wearing icon laid a difficult trail for others to follow in his brief but iconic stint at the top. Countless black and white photos from Hollywood archives present a sensitive and rebellious Dean, horn-rimmed glasses perched on his nose. He only starred in three films Rebel Without A Cause (1955), East of Eden (1955) and Giant (1956) but he is forever stamped on the public consciousness because of that uncanny ability to say so much using the universal language of what he wore as much as what he said. 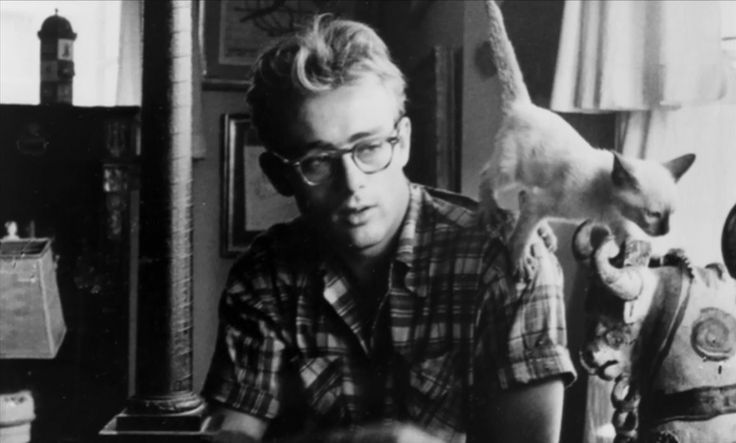 By some strange irony it was his polar opposite, the clumsy and comically uncool Harold Lloyd who first popularised horn-rimmed glasses in his slapstick 1910s movies, but by the 50s Dean had wrestled them into a stark symbol of vulnerability and anger.  Just a hint of arty intellectualism and the refashioned model is complete.

The tortoise-shells DeHaan wears in Life are an established Dean brand and are a more striking visual gesture without need to rely wholly on the cliched ‘scowl and cigarette’ look. Dean died at 24 and much of his legacy has unfortunately come down to these easily recognisable bullet points: White teeshirt, jeans, fast cars, wind swept quiff, scowl, cigarette and, yes, the tortoise shells. 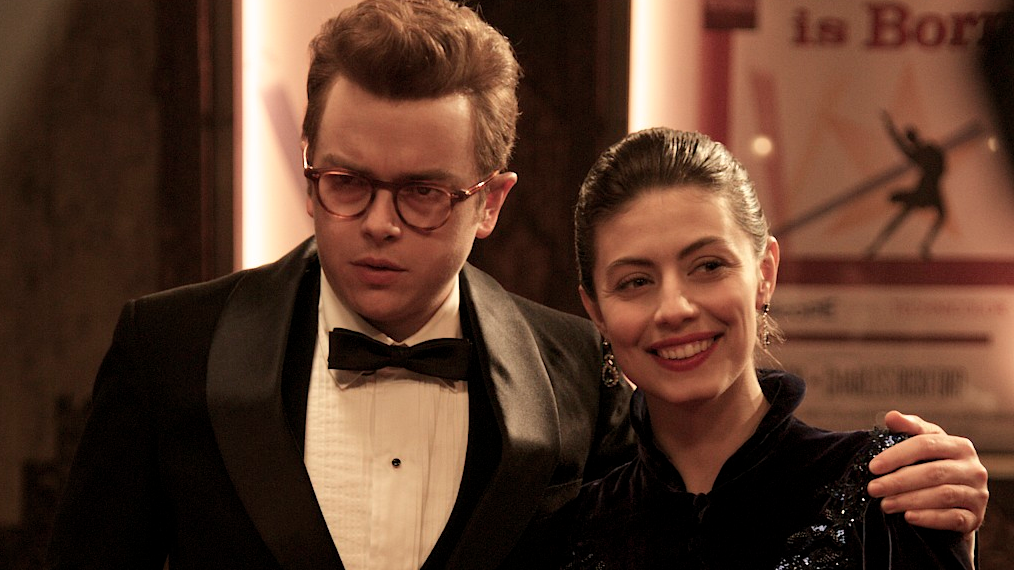 Those glasses when worn by modern day imitators gracing many tribute websites fall short because they lack his latent, panther-like aura of danger. DeHaan succeeds because he makes it clear early on that he is no such tribute act (would you believe he has also been criticised for this? There’s no pleasing some!)

DeHaan has a difficult task because yes it’s a biopic and he is depicting the off-camera Dean. The spectacles add a slightly different tilt to this recognisable persona. Those tortoise shells aren’t Jim Stark (Rebel Without A Cause) Carl Trask (East of Eden) or Jett Rink (Giant) they are instead the young man from a farm in Indiana who studied law, opted for drama, struggled when he moved to Hollywood and idolised Marlon Brando. The Dean that skulked in the corner at parties playing bongo drums just to annoy other actors and also at one of such party dared an archer to shoot an apple from his head as Hollywood’s brightest and finest looked on mortified. 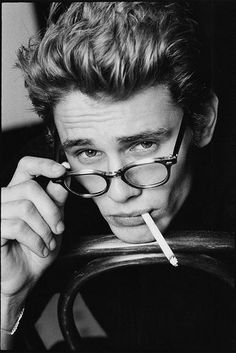 Some notable attempts to portray him include James Franco in the 2001 TV movie that takes his name, which had Leonardo Di Caprio originally earmarked for the role with Michael Mann as director. Mark Rydell was eventually chosen to direct and did an applaudable job steering the talented Franco away from brooding mimicry. Despite not taking the part Di Caprio remained a fan and even presented the restoration premiere of Rebel Without a Cause at the Los Angeles County Museum of Art in November 2013.

Any actor taking on the role will appreciate the spectacle wearing Dean as a double edged sword, he was at once the off screen artist who took his job seriously and was a committed student of Method acting like his hero Brando and then again the man who often veered close to the ‘living on the edge’ types he played on screen. 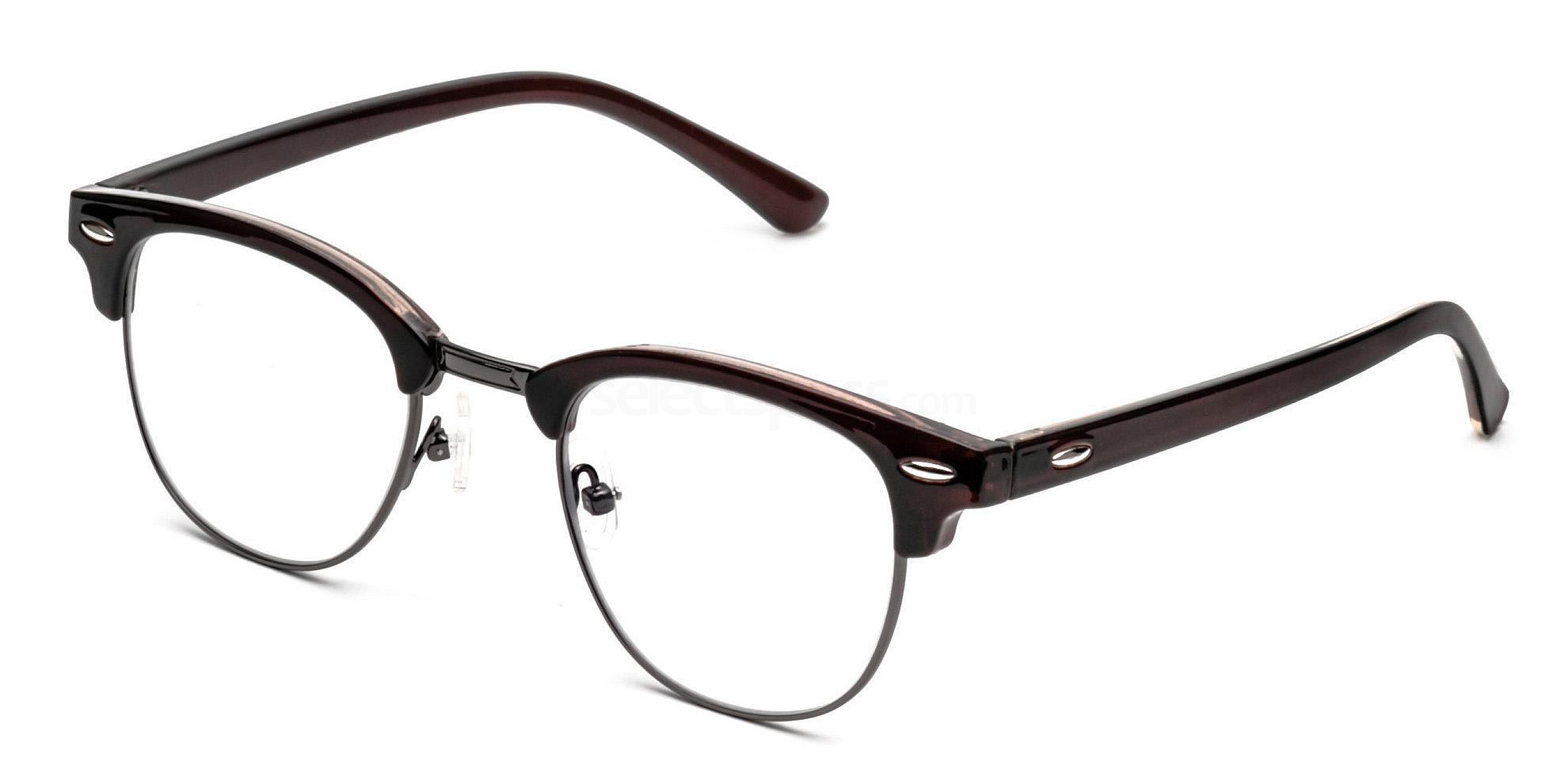 The danger is merging the rebel with the man and not seeing beyond the many acting skins he wore. Indeed, it is the Method actor’s task to wear these skins as if real. To live them everyday and find something central in the character that they both shared, beyond mere empathy.

However, this is where it gets confusing to those who know him only from what they see on screen. And who are we to complain? Without such convincing and ambiguous performances we wouldn’t be talking about him right now and that stamp of immortality would have been lost the same day he crashed his Porsche Spyder 550 on that fateful September 30th 1955.

So brace yourself for a new wave of copycats as films such as Life and Kray twins movie Legend inspire film fans to splash out on 50s and 60s style horn-rimmed and tortoise shell brands. Much of the autumn season promises to be tinged with this sort of nostalgia as cinema-goers flock to see their spectacle wearing heroes and their unique takes on decades past. None so alluring as the 24 year old man who was simultaneously America’s first teenager and its first spectacle wearing rockstar.

France is home to some of the most iconic clothing and accessory designers in the entire world. The likes of Chanel, Christian Dior and…