Tiffany & Co is a name that evokes sparkling diamond rings in the iconic blue box crowned with a white ribbon.  The instantly recognisable blue colour was replicated from the robin’s egg blue used for the ‘Blue Book’, Tiffany’s annual collection of handcrafted jewels, first published in 1845.

The company was founded in 1837 by American silversmith Charles Lewis Tiffany, after he began sourcing exotic finds of jewels and silver from China, India and Europe.  The first Tiffany branch was in New York City and was a ‘stationary and fancy goods store’.  The company’s designs were inspired by the natural world; flowers, birds and ocean life.  The brand became known for its impeccable craftsmanship and intricate designs.

Tiffany’s has since collaborated with famous artists and jewellers, such as Paloma Picasso, Elsa Peretti and Jean Schlumberger.  By the start of the 20th century Tiffany & Co had more than 1,000 employees and branches in London, Paris and Geneva. Their flagship store in Fifth Avenue features in the legendary 1961 film ‘Breakfast at Tiffany’s’, in which the elegant Audrey Hepburn became the embodiment of Tiffany’s style. 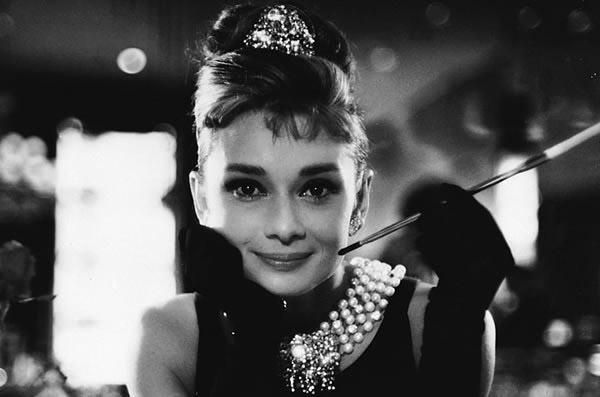 Today Tiffany’s exquisite jewellery remains as in demand as ever, and is often seen adorning the top Hollywood stars, royalty and public figures.  Natalie Portman, Kate Hudson and Anne Hathaway have all been spotted at showbiz events in Tiffany jewels, and HRH Kate Middleton is frequently photographed in her Diamonds by the Yard bracelet.

In 2008 Tiffany’s introduced their eyewear collection, that exudes the same sophistication and glamour as their jewellery.  Their glasses and sunglasses designs feature luxurious materials and unexpected details.  Many of the designs are inspired by the jewellery collections and the classic blue colour often features.  Stunning Danish supermodel Doutzen Kroes frequently models Tiffany & Co’s sunglasses and jewellery.  Their sunglasses have been seen spotted on the stylish actresses Blake Lively, Amy Adams and Eva Longoria.

A huge range of Tiffany & Co. frames can be found here…you won’t be disappointed by the selection!

Faith always has her eye on fashion and trends. She is an excellent writer and has experience as a 'visual merchandiser'!

Make way for retro style round lenses, as they are making a big come back in 2017. However, they can be a tricky trend to…