Bifocal lenses are now a common type of spectacle that you can purchase if you have a combination of short and long sightedness and require glasses for both.

They consist of two lenses moulded together. The top half of the lens is for short sightedness, allowing people to be able to see items from far away.

The bottom of the lens is for long sightedness so that people can read text and other items close up.

Whilst the technology for combining these lenses is now so advanced that the eye and wearer can cope easily with these types of glasses, this was not always the case.

Whilst spectacles have been around since the early 15th century, bifocal glasses were a much later invention, one which has been credited to  Benjamin Franklin.

According to historians, Benjamin Franklin, who was born on January 17 1706, suffered terribly with his eyesight and as a well-known inventor, scientist and intellectual, he developed a pair of spectacles which would allow him to see things both far away and near to him.

Whilst some people have questioned whether Franklin made the first pair of bifocals, he certainly wore a pair for his entire life and correspondence between him and other acquaintances suggests that he manufactured his own pair, independent of what others were doing, suggesting he was indeed the inventor.

#onthisdopeday May 23rd 1785 ‌• Benjamin Franklin announces his invention of bifocals. These "double spectacles" are prescribed to treat presbyopia, with the upper lens used for distance while the bottom lens aids with reading and up close tasks, like checking your dm's and liking this post 😜

Whilst bifocal lenses today are sleek and easy to wear, early bifocals consisted of two lenses which were stacked one upon the other and placed within one spectacle frame.

This was effective to a certain degree, but they were not always the sturdiest of glasses and one or both of the lenses was known to fall out.

In the 19th century, Louis de Wecker and Dr. John L. Borsch, Jr. developed and patented a technique for fusing the two lenses together, thereby increasing their rigidity and popularity.

However it wasn’t until 1955 when bifocals became seamless as they are today when Irving Rips developed the “invisible bifocal lens.”

Bifocal lenses today come in two forms – you can choose to have a pair with an invisible seam between the two lenses which look like a regular pair of glasses.

The other choice is that you can have a pair of glasses with a full short sightedness lens in them for looking at things far away, and then a small ‘D’ shaped lens is attached to the front of the larger lens, giving a small area on the glasses where you can see things close up.

These types of frames tend to be more popular in America and with an older demographic.

However bifocal lenses can cause the user to have headaches or dizziness, due to the fact the eye has to chance focus very quickly when moving from using one lens to the other.

For that reason, some people choose to have two different pairs of glasses for their eyesight, rather than the one bifocal pair.

In recent years however the progressive or varifocal lens has been developed and made available for users.

This combines three types of lens to help users have distance, intermediate and close up vision in one pair of glasses, allowing for driving, using a computer and reading the newspaper without having to change to different glasses each time.

New technology has helped to develop these lenses so that they are easier to get used to and have minimal soft focus and peripheral distortion, reducing the risk of headaches or dizziness.

SelectSpecs offers freeform varifocal lenses in all of their frames so that you can choose a pair of glasses that suit your style and have lenses that can be used for all your eyesight requirements.

These Oliver Peoples OV5359 WILLMAN glasses are new in at SelectSpecs and are on trend for this season as well as being perfect for any type of lens you need. 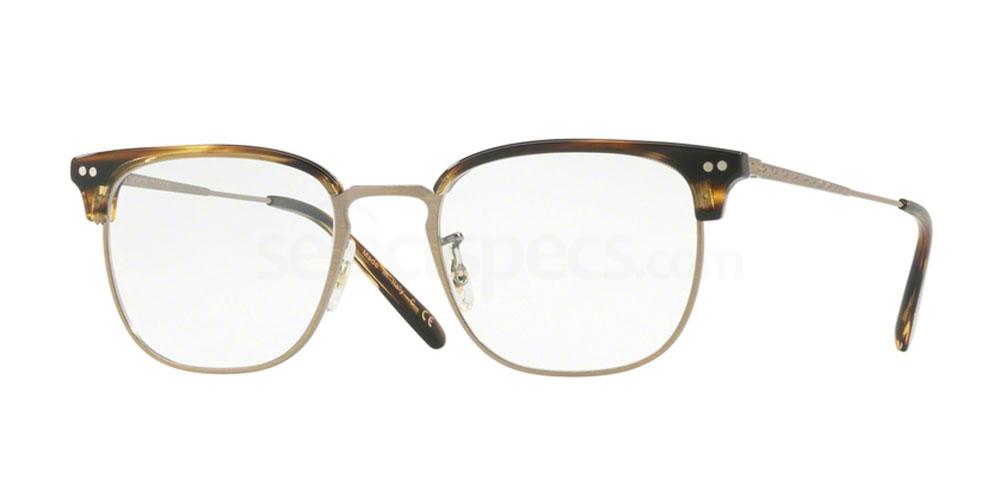 What would be a better choice when it comes to purchasing prescription glasses or a pair of shades? Could it be Ray-Ban or is…