Marlon Brando caught in archive photos relaxing on the set of his debut movie The Men (1950), wearing reading glasses, gazing intently at the script on his lap. His forehead perhaps lined with concern, slight anxiety about his first starring role and that is to be expected.

A pivotal moment in movie history anyway as the 50s icon who had just wowed Broadway with his performance as Stanley Kowalski in Streetcar Named Desire now had the acting world at his feet and was undoubtedly its new golden boy. Those glasses he’s wearing seemed to disappear shortly after the release of this movie about World War 2 paraplegics but nonetheless are crucial in identifying the real Brando at this point in his career before the Hollywood glitz. 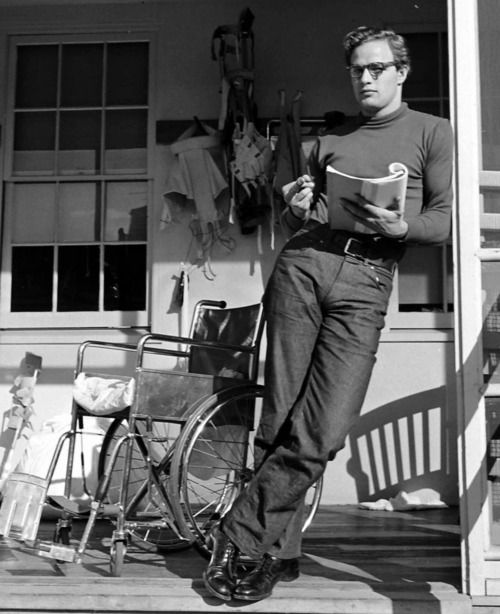 He’d need all of his prodigious acting skills to play the part of Ken Wilcheck a US army lieutenant who is shot during an ambush leaving him paralysed from the waist down. This spectacle wearing Brando is the last real image of the man, before the Hollywood machine would get its hands on him and it’s interesting to track how his look would change in the years that followed. 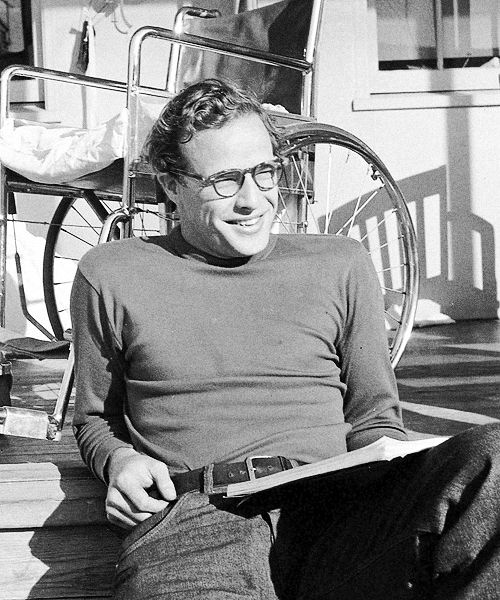 These photos are quite special because grainy 1940s archive photos aside you will struggle to find any other images – photographic or cinematic – of Brando in spectacles. For an actor of such breadth of characterisation it is unusual that this is the case. Notably, it was not until the twilight of his career that he did so as tycoon Adam Steiffel in The Formula (1980) and in A Dry White Season (1989) where he played a wily South African lawyer. In neither film was this look used as a strong and interesting angle to draw the audience in. More as a subtle addition to characterisation defining him through the wisdom of age.

It wasn’t until a less well known movie called The Ugly American (1963) playing a US ambassador called MacWhite that these glasses emerged as more of a focal point. Initially anyway. He was encouraged to use them as the mightiest of props to show power and authority. In one scene he practised using them to gesticulate to areas of concern on a map of the world. Indeed, the original script had him wearing the horn-rimmed glasses on every page till the end of the film with Brando fine-tuning this approach in rehearsals to bring across the US’s power stance as regards the threat of communism in South East Asia. It was a powerful role that drew a lot of praise. 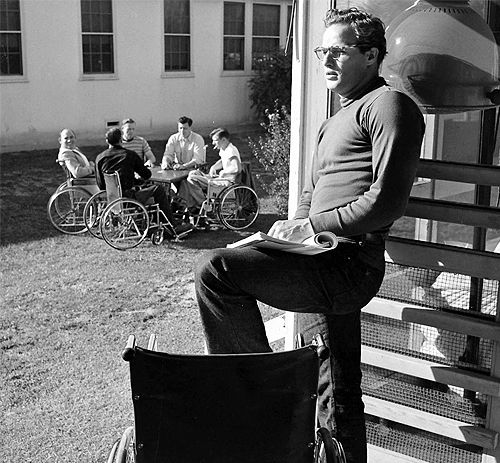 Rehearsals did not pan out like the actual film though so we can assume much of this was unworkable or rewritten for characterisation reasons. This often happens in the early stages of production. It’s a shame. It would have been interesting to have seen this powerful and spectacled Brando.

For all those Brando fans out there these B81110 Hallmark prescription glasses are a pretty close match for those cool reading glasses don’t you think? 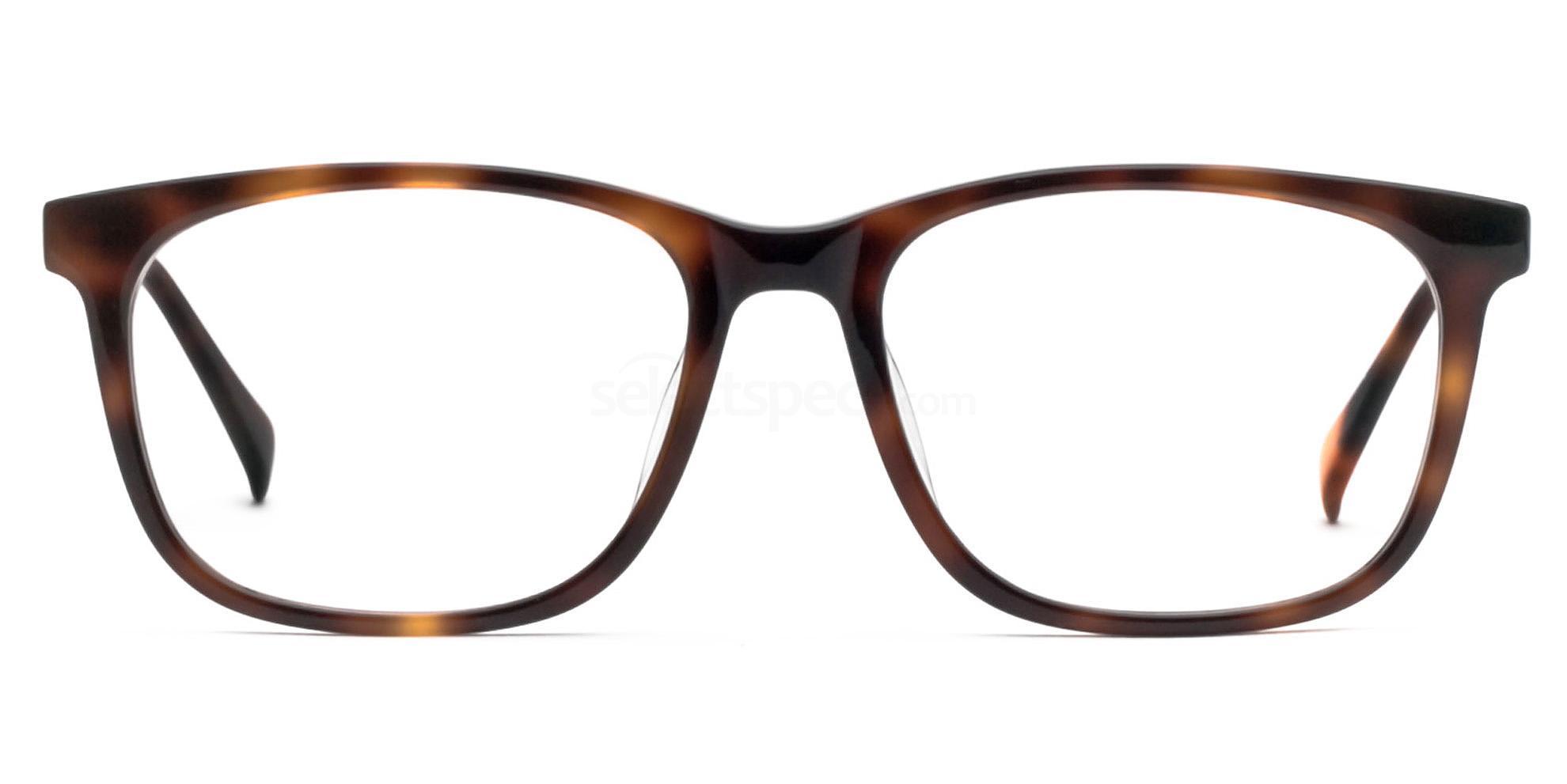 Mrs. Cooper’s been keeping a low profile since she got married to Maximillion Cooper: former Race Car Driver. Her last album Lip Lock was…