Police is a name which doesn’t need any special intro. It is the equivalent of free spirit and revolution in sunglasses as they brought fresh air to the shades universe. According to the official website of the brand:

Founded in 1983, Police soon emerged as a brand identifying refined design and a strong image, inspired by an American “on the road” lifestyle. During the 90s it became a true global phenomenon

The evolution of this concept from American to global is a revolution itself. At the beginning, the image was attributed to Hollywood idols such as Bruce Willis or George Clooney.

Everything changed after we entered the third millennium and football took over the power as Beckham and Neymar became representative fashion icons of Police.

Let’s have a look at the different designs of Police sunglasses throughout the years.

After the success of Armageddon in 1998, Bruce Willis became the universal hero of Hollywood.

On the Police website, the pairs made famous by the American actor are described as ”Seduction in action.”

Cool and masculine, the design which combines metal and plastic elements make the pair a high-class fashion statement of the beginning of the 2000s.

It highlights the face’s characteristics and represented a must-have toy at the time of launch. Today, if you want to get the look of the 2000s, you can try the Police S8956 Standard.

With plastic and metal frame, this is the pair if you miss the Backstreet Boys era. It is perfectly designed for a retro look. 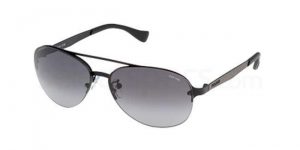 One of the iconic figures in the history of this brand is David Beckham. The English footballer had a significant impact in the first part of the 21st century.

At that point, Police had two distinctive features: big frames and lenses. As we witnessed in the Terminator series, these glasses were a popular choice in the 90s and the first few years of 2000s.

Becks is actually the main image of the summer look as it was presented to us by fashion lovers at the beginning of the new century: ponytail or blonde dried hair, big ”Terminator” lenses and jerseys.

If you want to go back in time but with a contemporary item, try the Police S1958 Standard.

With big black shady lenses, they look quite similar to those worn by David when he had Old Trafford at his feet. A cheap choice as it goes under £100. 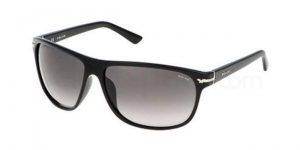 New is for Neymar

For their recent collections, the sunglasses brand opted for another football player.

This time, Police shades are no longer located on a shelf in the Trafford Shopping Centre but on the sunny beaches of Rio de Janeiro.

Neymar is the new fashion ambassador and the Barcelona player has become a valuable asset and a model for teenagers.

By co-opting the player in their team, the brand has become a favorite for the adolescents, the prodigy of cool and young in sunglasses.

All of a sudden, the concept of “on the road” sunglasses has been shifted to a junior and funky item. For example, if you want to be Neymar 2.0, don’t hesitate to choose Police SPL362.

With slimmed frames and black shady lenses, this is your pair if you love living young and free. It brings that cool feeling to every teenager. 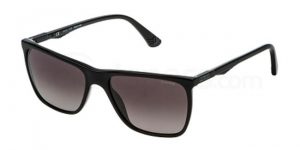 Steal the look everywhere you are with the coolest add-on of Police.

Ney is the proud owner of the Police S8954V sunglasses, an item for a free spirit. Get the mirrored lenses and the easy-to-wear frames.

You will feel like a genuine superstar and the best is yet to come: it costs less than £90. 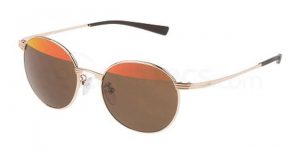 With the much loved ‘Strictly Come Dancing’ appearing once again on our screens, we thought it would be a good idea to take a…