The show business is full of talented Hollywood actors & actresses. But, there is another show that steals audiences. We know it as wrestling. Although famous for being scripted, it is one of the most entertaining stages worldwide as it gathers together thousands of people in the arenas and millions all around the globe. In the United States of America, Wrestlemania is one of the most important annual events, competing with giants such as the Superbowl or the NBA Final.

Wrestlers are athletes with combat skills, and their most important fights generate revenues throughout the pay-per-view system.

The case study becomes interesting when we talk about their off duty tastes in terms of sunglasses.

We see them in suits at important social events or just wearing T-shirts and trousers at the gym but where do they stand in terms of shades?

According to Forbes, The Rock has been the highest paid actor in 2016 with $64.5 million in earnings.

He is the People’s Champion and an icon for kids all around the world. As an addict to fitness, he is famous for his casual style with the large T-shirts or jerseys and slim fit trousers designed to highlight his musculature.

A charming figure in the locker room and in Hollywood, The Rock has always opted for Aviators.

The WWE star opted for the “always cool” Ray-Ban RB 3025 Aviator Large Metal alongside hottie Zac Efron in the clip above. 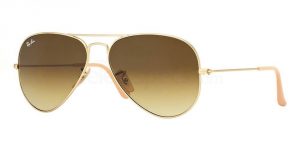 A twin sister and considered one of the sexiest divas in WWE. Nikki Bella is a showman in ring and on Instagram as her extravagant and colorful outfits have always caught the eye of her fans.

The wrestler identifies her style through expensive designer dresses and huge lenses from sunglasses she prefers to wear.

Her obsession for shades can be attributed to the products of Karl Lagerfeld, as she seems to wear an item similar to Karl Lagerfeld KL910S.

If your girlfriend’s got the same taste as Nikki, don’t hesitate to make this good choice for your other half.

Reigns is already a WWE star at the age of 31 after three world titles wins since his debut in 2012.

Although he receives mixed reactions from the crowd, Roman looks like a perfect athlete and his black attire is catching the eye of the blitz.

As any wrestler, his dominant physical posture makes him look like a Latin American male model and the sunglasses do not disappoint as well.

On his official Instagram account, he posted a picture in which he seems to wear an item similar to the flamboyant Bvlgari BV 7022. 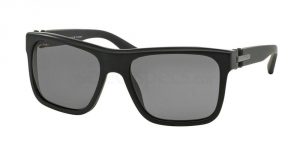 Where does Ray-Ban stand in the universe of fashion and lifestyle? Well, somewhere there in the clouds, an important star in our galaxy. It…