Jason Statham is on the lips of every action movie fan who loves the adrenaline generated by the English actor. He hit the jackpot in Hollywood after working with Guy Ritchie for Lock, Stock and Two Smoking Barrels and Snatch. After that, the rest is history as Jason starred in Crank, Transporter, The Mechanic, The Expendables and The Fast and Furious.

Although his look makes you think bad boy, he is no brawler, but an example of finesse and class in terms of male fashion.

Identified as a lover of luxury brand watches such as Pannerai and Patek Philippe, the Derby-born actor’s style is spot on.

In order to understand how Statham is rated on the fashion scale, we can refer to an article on GQ.com which states: While Jason Statham looks damn good in a business suit, do not sleep on his off-duty style. The Brit actor has a legendary game.

This is no secret, the Brit is a stunning figure in a suit as his outfits represent luxury choices for every man obsessed with look.

According to GQ.com, Jason Statham put on a $4000 suit, shirt and tie from Giorgio Armani while filming Transporter.

No exception in real life, he is a huge fan of Armani, wearing their Oxford shoes and Poplin cotton shirts designed by this famous brand.

Even when he opts for a vest, a shirt and tailored trousers, it is a stunning result as the slim fit clothes make him look like an English spy.

Producers of James Bond: Listen to us!

Casual is always masculine if you wear leather or bomber jackets. Not only an expert in stunts for action movies, Jason always steals the show with his so-called off-duty clothes.

His shoes are top choice, either opting for a pair of slip ons or a pair of suede boots to adapt to his exquisite style.

In addition, he is well-known for his passion for Adidas Stan Smith shoes. And let’s not ignore a trademark in Statham’s style: the pocket detailed T-shirt.

In 2016, he starred in The Mechanic: Resurrection, and the stage was rocked again.

This time, Jason wore a pair of Aviator sunglasses which became famous in the months after the premiere of the movie.

The Ray-Ban RB3136 Aviator Caravan lenses are simple and classy. A great option for gentleman.

A five-star product which won’t damage your savings as it’s only £87. Go and grab it! 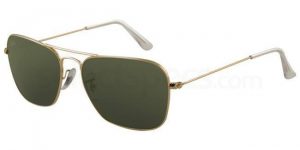 At every movie premiere, the actor is the target of the paps as he shines alongside his partner, Rosie Huntington-Whiteley.

As said before, suits are his masterpiece on the red carpet, but Statham is always cool when adding sunglasses to the equation.

Loved the Expendables? Check this out!

Do you ever find yourself thinking, “this needs adult supervision,” and having it dawn on you that you actually are one? No matter your…