Last year, Cara Delevingne announced that she was taking a break from modeling to focus on her acting career instead. However, it seems that she’s made an exception with her most recent project.

Of course, it wasn’t just anyone she got back in front of the camera for, but her old friend Karl Lagerfeld. Under his direction, Cara has become the new face of Chanel’s Spring/Summer 2016 eyewear collection.

Take a look at the campaign video that Chanel released this week:

The SS16 promotional photos were taken by Karl Lagerfeld himself, head designer and creative director of the fashion house. In fact, Chanel shared some exclusive behind-the-scenes images on their website, which showed Karl shooting the new images. Despite her departure from the modelling world, Cara looked as comfortable as ever in front of the camera. 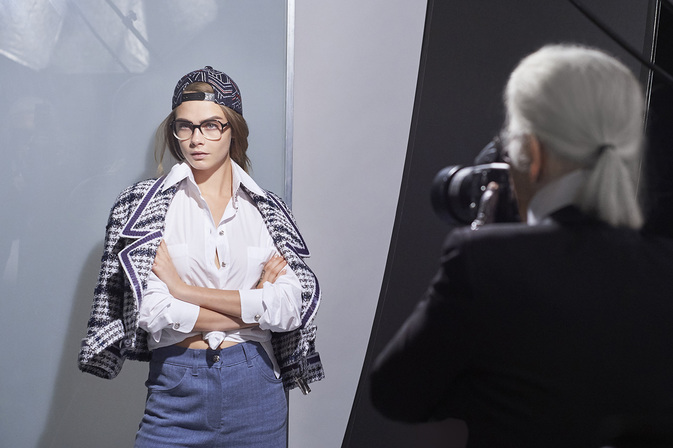 In the campaign, she shows off her signature tomboy look, wearing masculine inspired jeans, a white shirt and a baseball cap, not forgetting a nod to Chanel’s iconic style with a tweed jacket.

In a second set of images, she opted for a more glamorous look, with a sparkling sequin top. 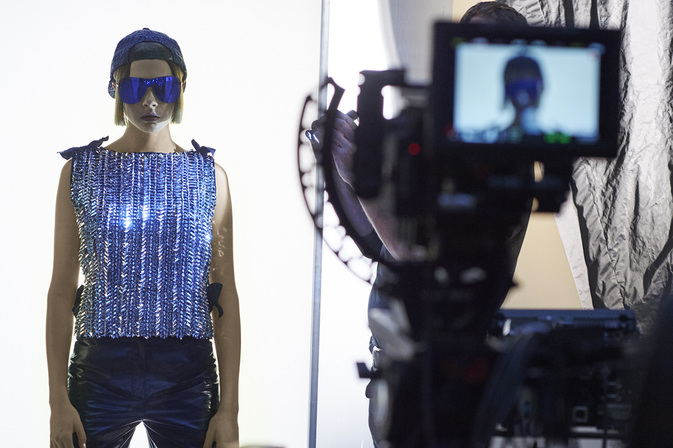 Chanel eyewear isn’t available at SelectSpecs, but that doesn’t mean we can’t admire these amazing images. To give you some Spring/Summer style inspiration for the new season, here are some of the key eyewear looks featured in the Chanel campaign. 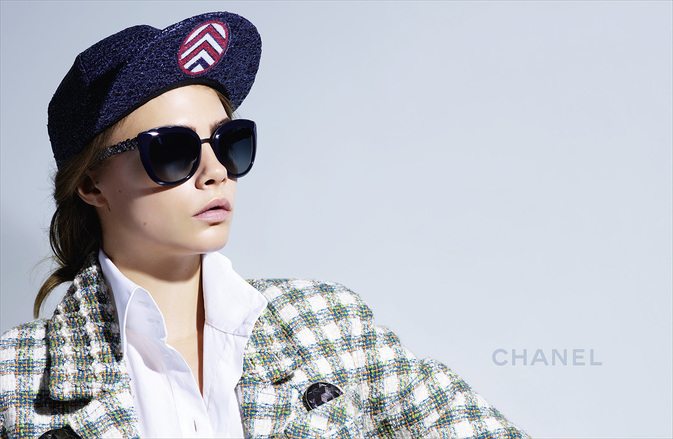 We love how Cara has mixed an androgynous look with a little of the glamour that Chanel is so well known for here. In this look, her retro-style cat eye shades add an air of elegance to her outfit while still remaining cool and contemporary thanks to their updated design.

Get the look for Spring/Summer 2016 with cat eye shades in modern fabrics and colours. Wear them with menswear-inspired outfits for your own take on Cara’s Chanel style. 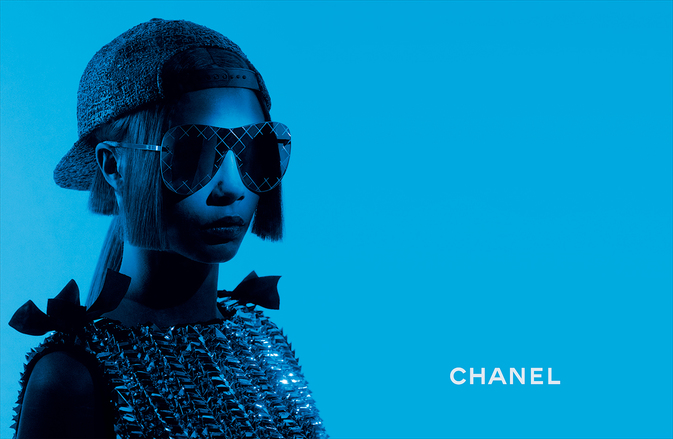 This isn’t your everyday look, but these bold shield-style shades that Cara wore in the Chanel SS16 campaign make a real statement. Teamed with a metallic top and a cropped haircut, it resulted in a futuristic, fashion-forward look.

To get this look on a more wearable level, search for over-sized aviator shaped sunglasses. The modern and minimal look has been everywhere this season, so you should have no problems finding a frameless pair like these. 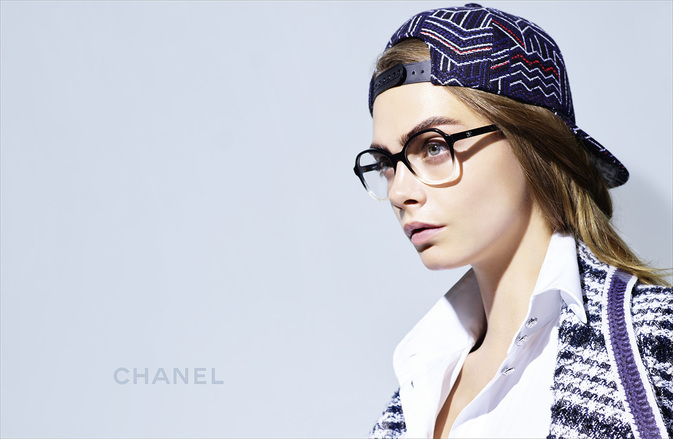 One of our favourite looks was this two-tone pair that Cara expertly modeled. Her stylish specs feature rounded frames in black that fade gently into white. This ombre effect is an emerging trend that seems to be cropping up everywhere in 2016. 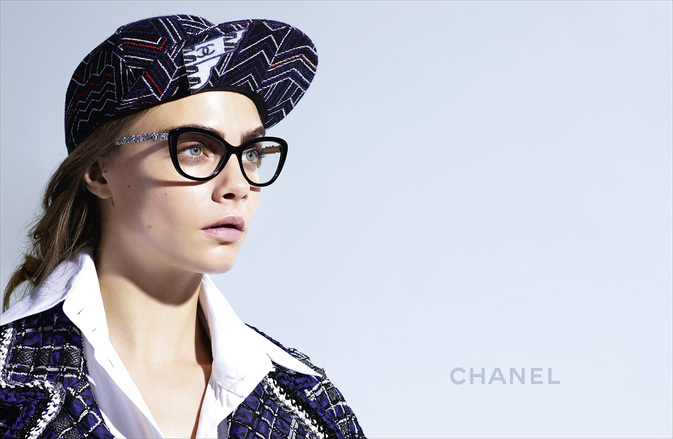 Finally, Cara nailed the geek chic look as she wore a pair of black-framed Chanel glasses. Of course, she couldn’t resist adding a cool-girl edge to the nerdy look with her favourite baseball cap.

Geek chic is a classic eyewear style and is easy to achieve, with or without Chanel. Look for bold black frames and thick-rimmed glasses; rectangular or rounded shapes work equally as well.

So, what do you think about Cara’s return to the modelling scene? Do you love her elegant tomboy look?

Let us know your thoughts on the Chanel SS16 eyewear campaign in the comments below or tweet us @SelectSpecs!

Whilst it is said that there are 52 weeks in the calendar year, for the British public it might actually be more accurate to…