There’s no way it can be debated: Monte Carlo is the European capital of elegance and high class.

The capital of the principality of Monaco is a constellation of stylish individuals dressed to the nines, limited edition cars and expensive yachts.

Apart from the tennis tournament which takes place in Monte Carlo and the football matches of AS Monaco, the place lives for a particular event which happens once a year: The Formula 1 Grand Prix.

Described by f1.com as being historic, challenging and glamorous, the race is a total show as it is a street circuit with tight corners and a high-speed tunnel.

It has a history of 75 years, dating back to the period between the world wars. Nowadays, if the cheapest adult ticket for this year’s competition was priced for 54€, a sold-out VIP package reached the amount of 3095€.

No wonder why this place is always surrounded by cars such as Lamborghini, Bentley or vintage editions of Mercedes-Benz.

In order to understand the high class of this race, let’s refer to forbestravelguide.com. According to them, the most popular hotel is Hôtel de Paris Monte-Carlo.

A majestic hostelry which books up a year in advance for the Grand Prix. The guest rooms are traditionally appointed with Belle Époque-style furnishings and the hotel houses acclaimed restaurant Le Louis XV – Alain Ducasse

What is the best location for an F1 Grand Prix? Between the Monte Carlo Casino and the exquisite Port which hosts some of the most impressive boats and yachts from around the world.

And if Mercedes-Benz and Dom Perignon represent the usual for guests of the Casino, let’s take a look at one of the most important accessories: sunglasses.

One female fan is outfit ready for an epic three-day weekend with the Grand Prix on the horizon.

And what do you need to celebrate this event? Some nice shades. We don’t know how much she spent on this breathtaking pair, but there is one solution to solve the dilemma: The Ray-Ban RB3025 Aviator – Large Metal – Polarized flash lenses.

Available in blue mirror polar style, the sunglasses give off a cool elegance. If you paid a few hundred euros for the ticket, you can afford £130.85 for added style. 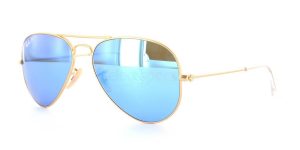 Mega-babe actor Chris Hemsworth enjoyed the races in style. With his frames on point, Chris said hello to the royal sun of Monaco and his eyewear choice is the embodiment of elegance.

Copy his style by trying the Carrera CARRERA 1005/S. Although designed for an off-duty look; they seem to be a perfect match for a sports fan. A genius choice if you’re looking for Aviators. 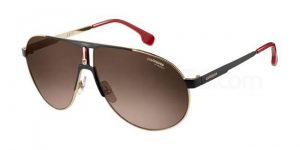 A world champion, and widely seen as one of the most important fashion icons from F1. Lewis Hamilton knows what to wear and when to wear it.

Shades are no exception as his taste is trend-setting and unique. In this picture taken after the second practice session of the Monaco GP, he stole the show with grace.

High class is identical with Ray-Ban RB3447N Round Metal sunnies. A simple design with multiple colored lens options. It provides you a creative choice if your face shape is similar to Hamilton’s. 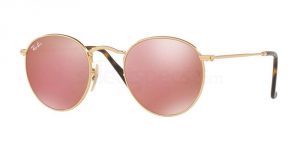 Buy Now »
Big fan of Lewis? Well, this article is about your F1 champ

Sofia Richie is making serious rounds and ripples in the fashion world. As the daughter of Lionel Richie and half sister to Nicole Richie,…