Established as a luxury American brand, Oliver Peoples is one of those names that puts elegance in the right spot. With retro style quality frames, this is a brand name that has to persist in your online shopping bag. The beauty of the glasses designed by this luxury brand is exemplified by one word: simplicity.

This detail is highlighted by luxottica.com, stating that:

Frames are manufactured in limited quantities and with deliberate anti-logo labeling which appeals to refined consumers.

In a world dominated by opulence and money, Oliver Peoples is the equivalent of Monte-Carlo in terms of eyewear: luxurious, but redefines high life. A popular choice for celebrities as seen below:

Famous after her role in the TV series Friends, Jennifer Aniston is now 48.

She is considered one of the sexiest actresses from Hollywood and her comedy movies have always generated laughs and smiles.

The cool design makes these glasses a retro choice while the lenses can either be Single Vision or Progressive.

If you want to copy her style, it might take a while until you will spell the color of the frames: cocobolo. Funky as Jennifer, of course. 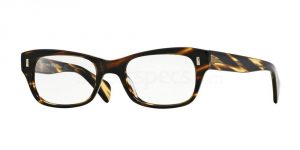 Cheering on @jfcackerley at the #londonmarathon Under 4hrs woo!

The Australian-born star is a future Oscar winner.

Her role in The Wolf of Wall Street was the perfect premise for her professional evolution. Margot is now known as Harley Quinn, the bad girl from Suicide Squad.

She doesn’t disappoint us on the catwalk as every outfit is a masterpiece.

But don’t ignore her sunglass collection. Robbie is not shy about showing her Oliver Peoples OV 1167 Shaelie.

With a retro design of frames with a mix between matte black and soft gold, this item is the ideal one if you want to be the main attraction. Other colors are available for lenses such as pink-mirror, blue and damson. 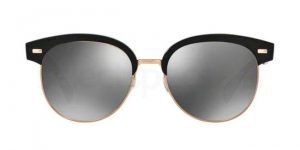 One of the most charismatic political figures in the history of mankind is also a fashion star.

Mr. Obama shows that style and class are equivalent to Oliver Peoples. In a fashion statement designed to show his fine tastes, he became famous for his Oliver Peoples OV5316SU OPLL SUN.

With a simple all-black design, this is your pair of sunglasses if you want to be a shining star while you’re attending a sports event.

It takes £308.00 to make the difference from normal to ultimate elegance. 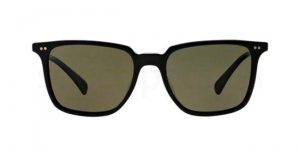 The Grammy winner is always a flamboyant and colorful celebrity. You will never get bored when attending a Katy Perry concert or throught watching her on a late night show.

At the Grammy Awards in 2017, she put the icing on the cake with an impressive performance on stage with the aid of the famous Oliver Peoples OV1197ST AFTER MIDNIGHT.

An item which combines retro, cool, vintage and modern – all-in-one. Available in nine colors, the design says it all: You have to try them. 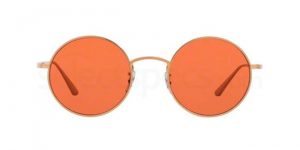 Twenty-one-year-old Canadian singer/songwriter Alessia Cara is a force to be reckoned with. At the young age of 14, the entertainer was already posting song…