Harold Koda – who happened to be the Curator of Metropolitan Museum of Art’s Costume Institute – once said, “Accessories out of context don’t make any sense. We have to show the public, what to do with them.”  And Iris Apfel, legendary American businesswoman, interior designer, and fashion icon, does her best showing the real meaning of accessories. Or is it the real meaning of life?

Someone listed as one of the fifty “Best-Dressed over 50” by the Guardian might have some idea about accessorising.

Iris Apfel is a woman who cannot be not seen without vibrant clothes, big and colourful necklaces, heavy bracelets and huge specs. All worn by a tiny lady.

Just look at her faux fur scarf, red nail polish, and those bold accessories: the eyewear, bangles, and neck chain!

‘I go out in New York and I think, boy, you can look at someone and pretty much determine their ZIP code. Everyone seems to want to conform.” – she said once in a Vogue interview.

Obviously, she doesn’t want to settle this way. On the contrary:  it seems that people love her because she dares to be different. But what is that thin line between staying apart from the crowd and looking like a clown called? It’s style.

When you see her, you don’t want to laugh at her, but you might think of copying that look.

If you don’t want to hide your specs, but stand apart from the crowd, why don’t you give this Givenchy pair a go?

Because being a fashion icon over 30 is some kind of a miracle. And she’s not just 30 years old.

Prevailing taste must be in her veins, as her mother (who had a fashion boutique in New York, by the way) was a woman who made everybody turn around for a double take. She was perfect all the time, as Iris remembers her.

Surely the daughter has the same effect on people but for a different reason: while her mother was disciplined in fashion, Iris carries undisciplined freedom herself.

When Iris grew up and finished her art history studies, she worked as an interior designer and as a journalist for Women’s Wear Daily. Fashion and home go hand in hand, as your house gives you space to fulfil your character.

Mrs. Apfel not only designed interiors for families; she also took part in several design restoration projects, such as working at the White House for nine presidents: Truman, Eisenhower, Kennedy, Johnson, Nixon, Ford, Carter, Reagan and Clinton. Quite an attractive list of former employers, isn’t it?

Could you imagine yourself designing a room of the Buckingham Palace wearing these Dior Montaigne specs? 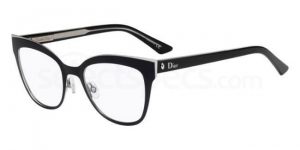 In my new apparel & jewelry launch at HSN It's sold exclusively by @HSN. #HSN

Iris is not just a luxurious interior designer – she has so much more to offer than that.

After getting married to Carl Apfel, they launched their own textile company and began travelling the world and collected artisan, non-Western clothes in every colour and style. On top of everything, she wasn’t afraid to wear these strange, not-trendy-at-all clothes at high-society parties.

For instance, she happened to wear a native American dancing skirt, a wool coat from Afghanistan and belts hung with South American tin fish. ‘Before multiculturalism was a word, Mrs Apfel was wearing it’, the Times wrote when the Metropolitan Museum in New York opened an exhibition of her wardrobe.

Silver, amber, orange, turquoise – the colours that describe her outfit, if it can be described at all. She has always been somebody outside the box, and so she inspired the fashion industry as well as the everyday woman – under and above 50. So, let the colours invade us.

These Cacharel specs will help us feel brave and colourful like Iris Apfel. 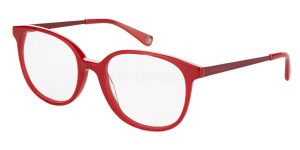 Love some designer specs? Take a look at the new collection from Givenchy.

Spring is here and thick cashmeres are being swapped out for lightweight fabrics. This is the time of year when our jackets get transitional,…