A Ray of light to the music world.

Ray Charles was known to millions around the world as an award winning singer-songwriter and composer, whose career extended for well over fifty years and who’s musical style brought together Rhythm and Blues, Gospel, Jazz and who even transitioned to mainstream pop and Country music.
His eyewear of choices have always consisted of dark shaded lenses but the colour design could vary from black to brown or even clear frames and are just as much synonymous with him as his music. 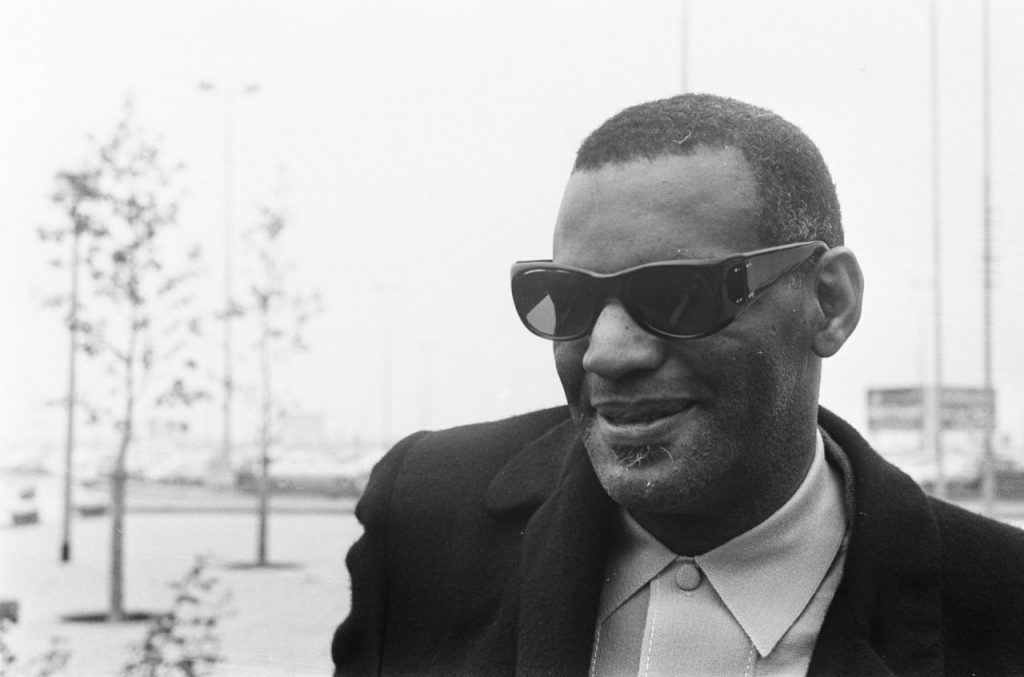 He was born Ray Charles Robinson in 1930 , to a strict mother and father in Albany Georgia in the southern states in the U.S. during the worldwide economic depression. From an early age he had shown an interest in music but this would be tested because of the many challenges growing up  such as being black, poor and in a racially segregated society. He witnessed the death of his sibling through drowning, the death of his father in his childhood and the defining moment in his life which was losing his sight at just seven years old.

Despite his disability his mother was determined for Ray to become self-sufficient by making sure he did all of his household chores and by sending him to a special school for the blind in Florida where Ray would learn reading and writing in braille as well as learning other instruments along with the piano such as the Saxophone, Clarinet and the Organ but shortly after this his mother would die also when Ray was just 15, leaving him orphaned.

However this only made him even determined to make a success of his life and by his late teens he was already touring with a band and learning his craft trying to copy Nat King Coles style before eventually developing his own style of Soul Music.

Ray found fame in the early fifties with R’n’b hits such as “I got a woman” “Hit the road jack” and later on with crossover success with “I cant stop loving you” which were just three of a many top ten hit singles and albums both in the R’n’B and Pop charts. But with the money which came with success came an increasing addiction to drugs which at one point got so bad it would later see him arrested and put in jail but Ray showed the same determination he had shown all of his life to get off drugs and remain clean. 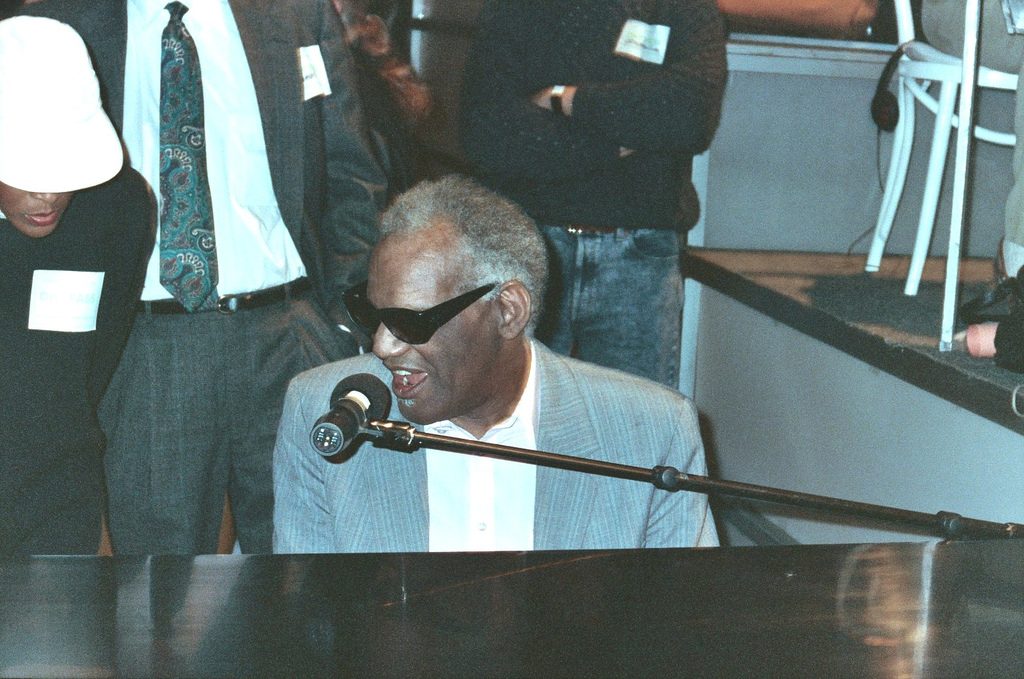 After the chart successes of the fifties and sixties his popularly diminished during the seventies however by the eighties he was introduced to a new audience with his appearance in the hit film the Blues Brothers in 1980, as well  as being a major contributor the USA for Africa song “We are the world” in 1985.

Throughout the nineties and early 2000’s he continued preforming to sold out crowds (despite failing health), until his death in 2004 at the age of 73 just before the release of the film “Ray” which starred Jamie Foxx and whose critically acclaimed performance won him an Oscar at the Academy Awards the following year and because of which helped develop a new level of  interest in the music of Ray Charles. The winner of numerous accolades during his lifetime, Ray Charles was one of the very first artists to be inducted into the Rock and Roll hall of fame and has a star on the Hollywood walk of fame.

These Persol glasses come in three different coloured polarised lenses such as Havana Crystal Green (below), Havana Crystal Brown and Black Crystal Grey and which look very similar to the ones Ray Charles wore in the featured image above. 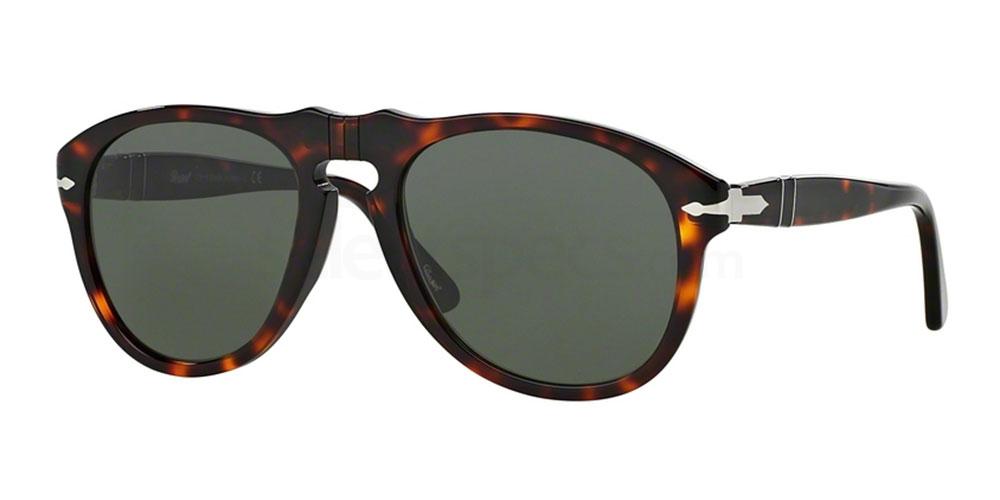 There are dozens of celebs for whom you’d never suspect that they wear prescription glasses. Apparently, they realised that the use of different contact…