Teddy Riley is known through R’n’B circles as the man who almost single handedly created the New Jack Swing music scene, which defined Black American culture during the late eighties and most of the nineties.

Riley worked with artists such as Bobby Brown, Keith Sweat, Heavy D, Janet Jackson and none other than Michael Jackson himself, as well as being the lead member of  R’n’B groups such as Guy and Blackstreet.

Even in today’s much maligned music his influence in black music is still felt.

Edward Theodore Riley was born in October 1967 in Harlem New York U.S.A. and even as a child he showed great musical aptitude for playing several instruments in his family’s church.

He formed his first musical group whilst still in his teens and produced a single for the group Kids at Work that did not chart well.

In 1987 he produced Keith Sweat’s debut album “Make it Last Forever” which also produced the U.S. Top 5 single “I Want Her” the following year.

In 1988, Riley had formed his own group called Guy and released their debut album which showcased his New Jack Swing sound with it’s mix of Hip-Hop drum machine beats and Soulful vocals.

He creating a unique new type of Black American Music whilst working on Bobby Brown’s hit album “Don’t Be Cruel,” where he produced his smash single “My Prerogative.”

I just want you all to know, i'm so grateful and I don't take things for grant. I thank you all for supporting me all these year from the bottom of my heart. Coming from the projects we've learn to appreciate everything and everybody. I want you all to keep me in your prayers/heart as I take my next step into the next chapter of my life. God is so good and that's an understatement. This is the greatest birthday year for me!!! To add on to that, you all have been so good and supportive to me. I have nothing but love for you all in my heart. I thank you so much!!! Now it's time to get ready for the tour with so much more than the performance you've witness tonight!!! Much love to you & God Bless you all!!!! signing off!!!! 🙏🏽🙏🏽🙏🏽🙏🏽🙏🏽🙏🏽 #Teddy #music #good #trx #soultrain #blackstreet #guy #blessings #all #love

In 1990 he went to work on Michael Jackson’s 1991 Dangerous album and was asked by Jackson to co-produce the album (seven out of the fourteen tracks), to make the latest R’n’B album with a contemporary sound.

The Riley produced tracks included the hit singles “Remember The Time,” “Jam,” and “In The Closet.”

Albums sales hit over thirty million thanks to Riley’s production skills, making it the most successful New Jack Swing album ever.

After the release of their second album in 1990, Riley’s group Guy broke up and he went on to produce for another R’n’B group Wreckx-n-Effect, which garnered their 1992 smash hit “Rump Shaker” reaching number two on U.S. Charts.

Never one to stagnate, Riley then moved on to form the group BlackStreet who released their first album in 1994 which included the singles “You Blow My Mind” and “Joy.”

But it was with their second album “Another Level” in 1996 that brought the group mainstream success with the U.S. Number One single “No Diggity” and the top ten hit “Don’t Leave Me” in 1997.

Glad to be back home from a well received concert in Chicago. I wanna thank yall for all the love you gave us Blackstreet. See yall soon!!! Much Love!!! #trx #Teddy #Riley #chicago #good #music #blessings

Riley produced two more albums with Blackstreet and a third with his former group Guy, before breaking up with both groups to pursue other projects.

Most notably in recent years, Riley was involved in producing songs for Michael Jackson’s self titled album (Michael) after his death in 2009.

Today he still continues to produce for various artists such as Amerie and Boyz II Men.

These Hallmark E9855 glasses are similar to the ones worn by Teddy Riley and which are available in Havana, Dark Blue and Black. 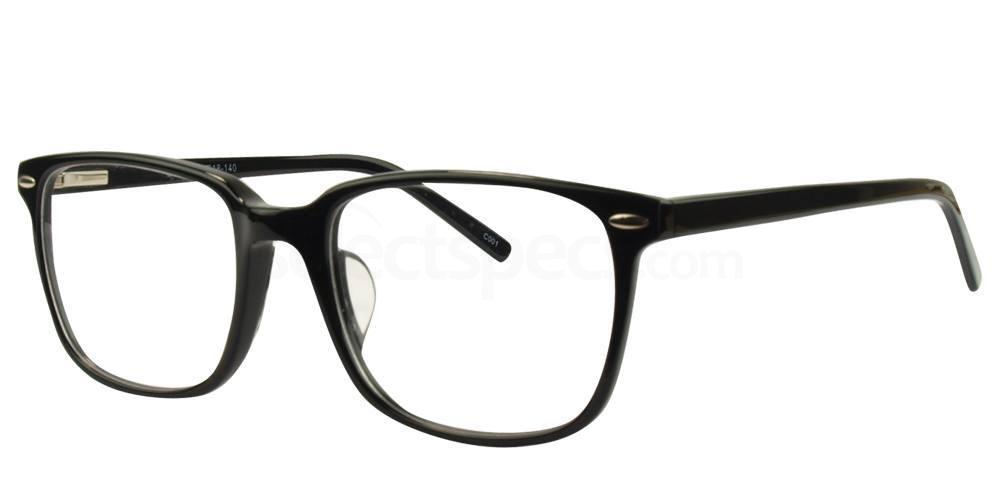 Summer is fast approaching, and a new season is the perfect time for a new pair of shades. If you’re looking for some stylish…