Japan is an island nation popular for its rich culture, ancient monuments, temples, bullet trains and highly advanced technology. The people living in Japan follow the ancient traditions passed onto them by their ancestors.

Although it is home to dense cities, there are many strikingly expressive sights to be seen in various spots around the country.

All these factors make Japan a popular holiday destination.

Japan is also a unique place where people get to see contrasting sights ranging from the colorful city lights to the natural mountain views, temples and shrines.

Since Japan has efficient transport facilities, one can travel to several places without any difficulty.

Moreover, the cost of travel is also less compared to other holiday destinations.

Millions of tourists from various parts of the world visit Japan to see new places, visit the various heritage centers, try out new food and have a good time.

The number of tourists are bound to increase in the foreseeable future, due to the fact that the 2020 Summer Olympics is to be held in Tokyo, Japan.

Here’s a look at the top 5 fascinating sights in Japan.

A post shared by The Best Nature Club (@thebestnatureclub)

One of Japan’s most attractive landmarks is Mount Fuji, located on Honshu Island.

Towering at about 3776 meters, it is also the highest mountain peak in this Asian country.

Commonly known as ‘Fujisan,’ Mount Fuji attracts artists and tourists from various parts of the world.

Most of the Japanese people climb the mountain to reach the shrine which is located on the very top.

Mount Fuji is the subject of various forms of art due to the number of picturesque spots in the region.

Get a glimpse of the scenic beauty by wearing this stylish eyewear: 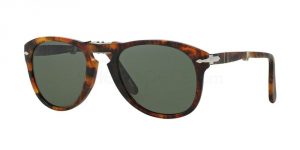 Constructed during the 14th century, the Himeji Castle is considered to be the best castle in Japan.

Due to the white coloured outer walls, the Himeji Castle is also called the ‘White Heron Castle.’

Located in western Hyogo, this ancient Japanese castle comprises of 83 buildings, and is home to various tourist resources.

The Himeji Castle has survived all natural and manmade disasters including war, fire and earthquake.

As years passed by, extensive renovations were done in order to ensure that the castle remains strong.

One of the major attractions in this place are the beautiful cherry blossoms.

People visit the castle to explore the castle grounds, towers, passageways, and capture pictures of the beautiful cherry trees.

The Imperial Palace is a large park like area which serves as the residence of the Japanese Emperor.

The modern palace was built on the site where the Edo Castle was located.

A 10 minute walk from Tokyo station can lead you to the palace.

The inner palace grounds are only open to the public on the day of New Year’s Greeting and the Emperor’s birthday.

In general, people visit the palace to see the Imperial Palace East gardens which are located near the inner grounds.

Get these cool shades to enjoy your tour: 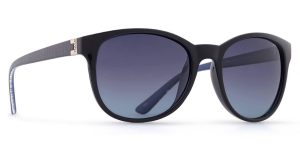 The city of Kyoto is popular for its imperial palaces, gardens, wooden houses, Buddhist temples and shrines.

The Kinkaku-ji temple aka Golden Pavilion is a Zen Buddhist temple found in Kyoto.

This historic monument is considered to be a National Special Historic site and a World Heritage Site.

The richly coloured garden complex and the pond near it adds extra beauty to the temple.

Grab shades to match the beauty of the temple: 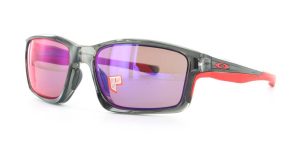 The Japanese Alps comprises three mountain ranges which are located in the Honshu island.

The Akashi Mountains from the southern range, whereas the northern and central ranges are formed by Hida and Kiso Mountains respectively.

People visit the place to see the snow-covered mountains and enjoy the breath-taking sights.

Why don’t you head to Shanghai for your next trip? Check out the Top 5 Experiences in Shanghai

Who knew that grannies could be such icons in the fashion world? Here are three of the most incredible and inspiring senior style queens…