Celebrities are often setting style trends, giving us new combinations of fashion items, and generally showing us unique and unusual ways to style our outfits. One of the most beautiful fashion combinations is a headscarf with glasses. Immortalised by actresses such as Audrey Hepburn and Marilyn Monroe, the humble scarf has been used in various different ways from the loose wrap look of the 50’s to the tighter, knotted styles of recent decades.

I thought we would take a look at some of the most recent styles of headscarves being worn by celebrities, and the glasses that they have chosen to pair with them, to give you some inspiration for your own summer and autumn styling.

There’s no doubt at all that Tyra Banks is a huge fashion inspiration. Her modelling career began when she was just fifteen years old, and she has modelled for all of the biggest names in fashion. She was the first woman of African American descent to be featured on the covers of GQ and Sports Illustrated’s Swimwear Edition. She has also acted in a number of movies and television series, and of course, she is the creator and host of the tv-show America’s Next Top Model, a search for new modelling talent across the US. Tyra’s Instagram account is a beautiful mix of modelling images as well as candid, everyday moments.

Whilst Tyra has a number of high-fashion images of her styling headscarves, it was this particular image which really captured my eye, as she looks so relaxed and happy. Tyra is wearing a black and white scarf which she looks to have tied at the nape of her neck, creating a simple, covered head style which really shows off her long locks. She has paired the look with pink coloured aviator glasses to create a relaxed, effortlessly beautiful look. 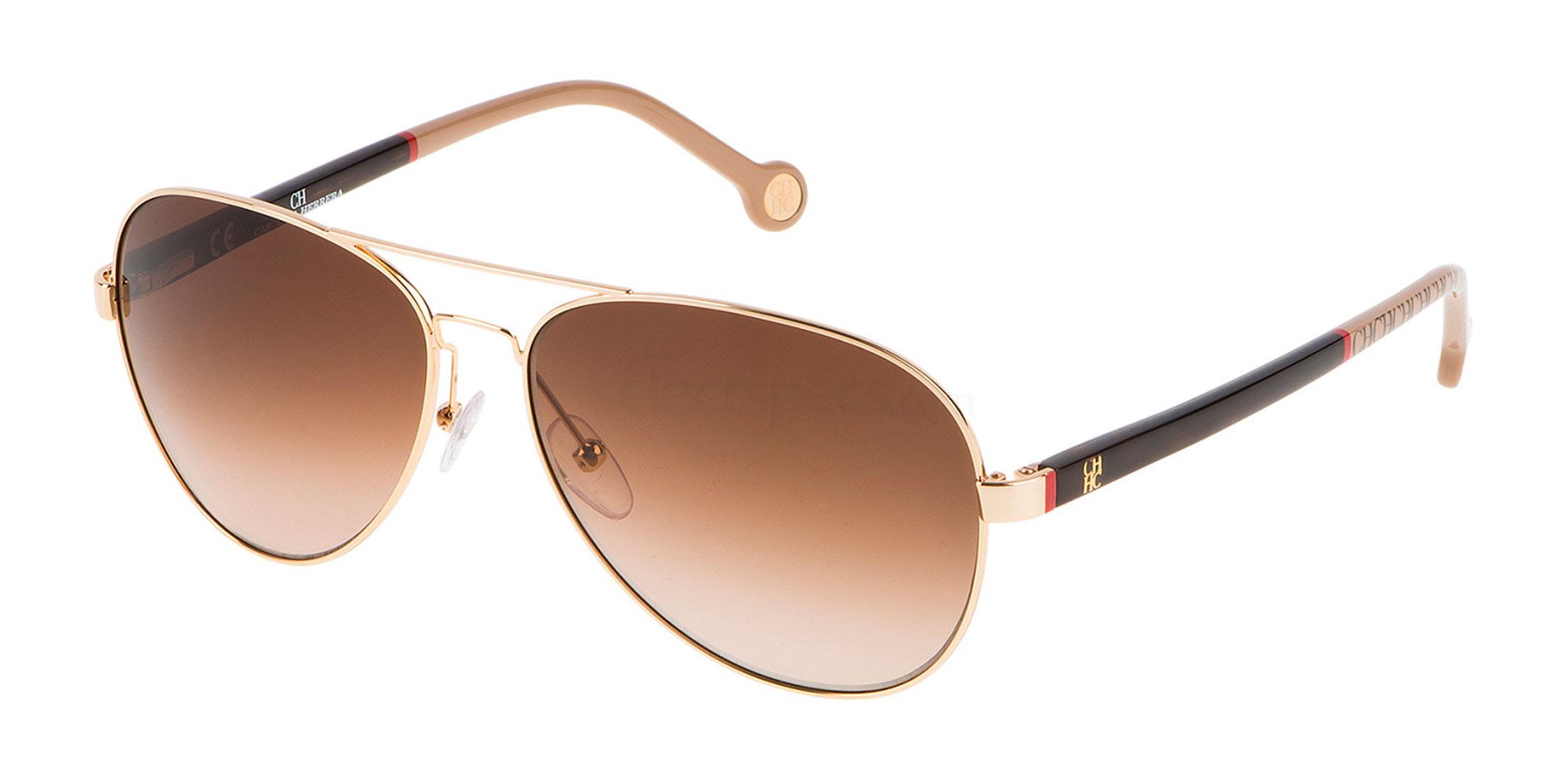 To recreate this chilled, summer vibe, we recommend the CH Carolina Hererra SHE070 sunglasses which are very similar to the ones that Tyra is wearing in this picture. they have pink lenses which are darker at the top and lighter at the bottom and they have thin, gold frames – they’re perfect for creating a similar, feminine summer look.

Alicia Augello Cook, known more commonly by her stage name Alicia Keys is one of the most iconic American musicians from the last two decades. She was born and raised in the Hell’s Kitchen neighbourhood of Manhattan, an area known for crime, violence and poverty. She has since said that she is grateful to have grown up in such a world of highs and lows because it all fed into her musical inspiration. One of her most popular songs, Empire State of Mind, talks about the concrete jungle of the city and the mean streets. She loved music and singing growing up and was particularly attracted to the piano, which she began learning at the age of seven. At 12 she composed her first piece of music about the death of her grandfather. She was signed to Columbia Records when she was just fifteen years old and since then she has grown in maturity, talent and inspiration, not only in her music but in her humanitarian and philanthropic work. She has twice been named one of Time Magazines 100 most influential people.

In this beautiful and vibrant Instagram shot, Alicia celebrates colour, vibrancy, individuality and love. She is wearing a pink and gold-toned headscarf which has been knotted at the top of her forehead, covering her hair entirely and bringing the focus all the way forward. Her sunglasses are also patterned but have a deeper cerise and purple design to them. Whilst on paper, combining vibrant colours and patterns together doesn’t sound like it should work, in practice, it is a stunningly unusual look which, when combined with the purple earrings, really works. I love this look and I think it’s one which, if you wear it with confidence and a big smile, will really turn people’s heads. 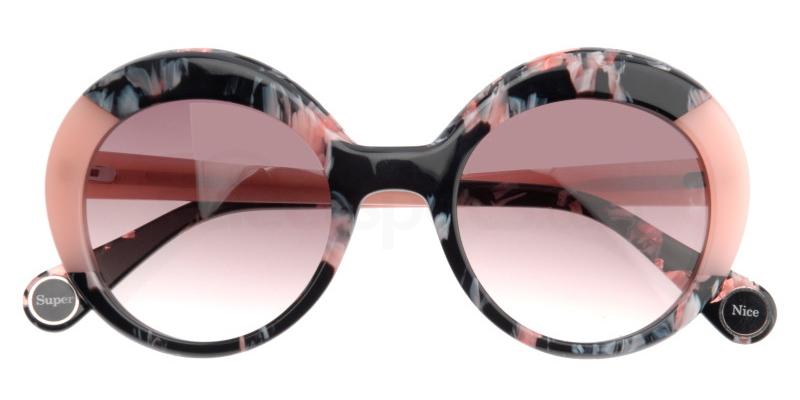 These Woow SUPER NICE 2 sunglasses are not as bright as Alicia’s and they are a different frame shape, but I selected them because they have a bold pattern on them and that is the biggest feature of the image above, is the combination of pattern and texture. These Woow glasses can easily be paired with a brighter, bolder headscarf to create the same look that Alicia is styling – just remember to put your boldest pair of earrings in too!

June Ambrose is an American celebrity stylist and fashion designer who has worked with the likes of Alicia Keys, Will Smith, Missy Elliot and Mary J. Blige and many more, creating unusual and innovative red carpet pieces, styles for music videos and more. This fashion entrepreneur not only styles celebrities, she is also a fashion writer and has her own shoe line, eyewear collection and clothing line. She is one of the hottest names in celebrity fashion but she wasn’t always working in the fashion industry, having come from a finance background, which she says gave her the foundation she needed to be able to work for herself and begin her own company.

When it came to choosing a picture of June styling a headscarf and glasses, I was absolutely spoilt for choice. It is a style that not only suits June but one which she experiments with, choosing different fabric, sizes and colours. In this amazing picture of her at the Louvre, she has gone for a classic all-black look, with a twist. The pieces she has chosen have lots of folds which give the look lots of texture and stops it from looking too one-dimensional. It’s difficult to see where the scarf is fastened but all of the wrapping detail is focused on the front, giving this boxy, unusual silhouette which works so well. 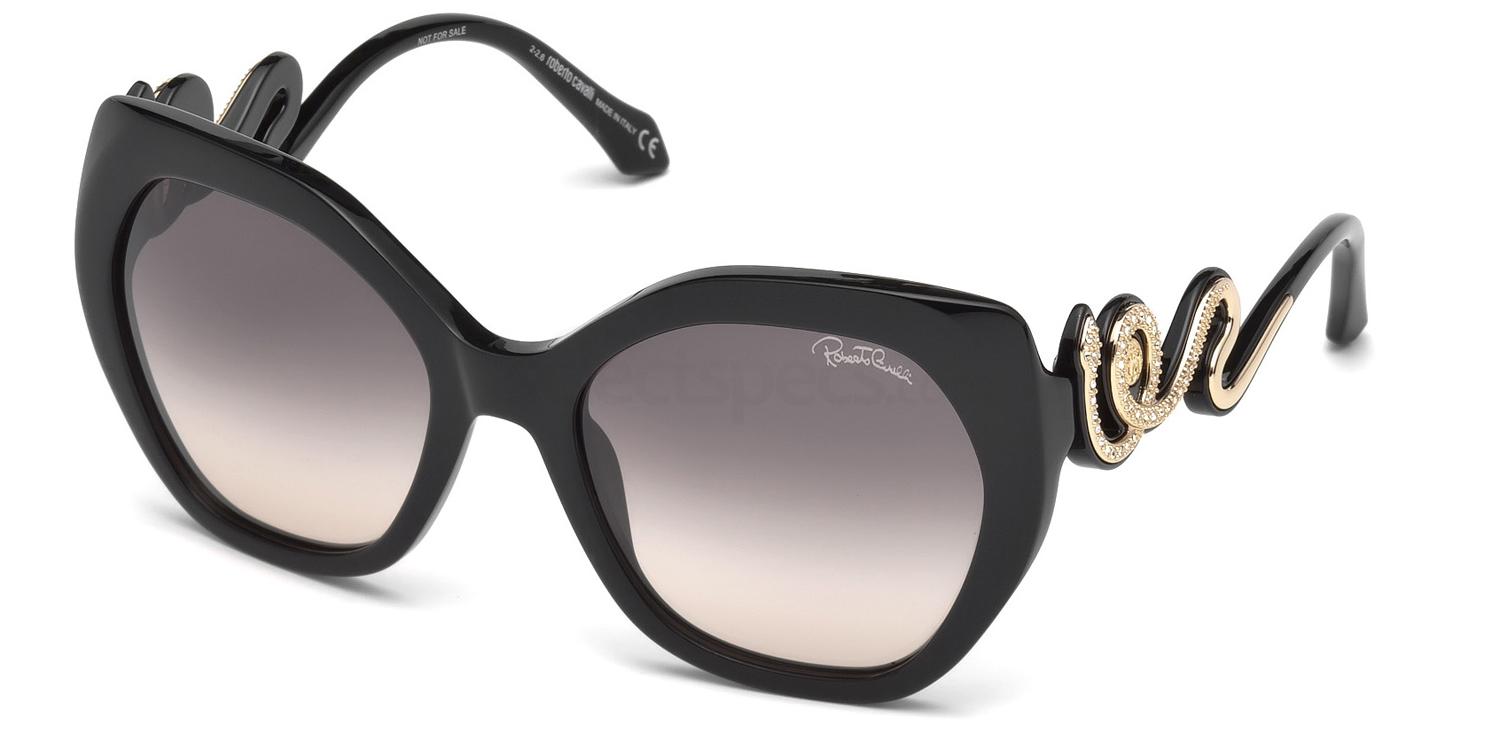 These amazing Roberto Cavalli RC1047 sunglasses are a great dupe for the ones that June is wearing in the above picture as they have a similar slight hexagonal shape to the frames, they’re a full rim, and they’re oversized. What makes these glasses even better though is the gold snake detailing on the arms. These glasses are perfection and would look spectacular paired with a classic black scarf like June’s.

Which celebrity look is your favourite? Let us know on our social media! Got time to read another awesome article? Why not find out which eyewear throwbacks are here to stay. . .

Don’t forget to tag your pictures #selectspecsselfie for a chance to be featured!

Who’d have thought Ian Wright would become an eyewear trendsetter after his long professional footballer career?!  Well not us that’s for sure. Of course we’re talking…