Watching cartoons can be a great way to relax. Most cartoons are filled with amazing stories, action-packed adventures, and humorous life situations.

However, not many know that cartoons can also be a source of fashion inspiration.

Cartoons are loaded with fictional characters who follow different styles, be it fashion, lifestyle or eyewear.

Now let’s take a look at the eyewear trends of some of the classic cartoon characters. Johnny Bravo, the muscular young man, is well-known for his cool hair-do, muscles, and stylish looks.

The life incidents of the man with the pompadour hairstyle is shown in an interesting way with lots of humor.

One main highlight of Johnny is the cool shades that he uses.

Johnny says that he can’t be seen without his glasses.

Buy these stylish frames to look as cool as Johnny Bravo: 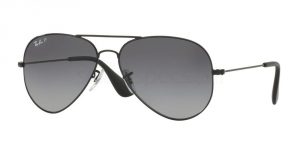 Scooby Doo and his gang are well-known for their mystery-solving capabilities.

Their adventures are filled with horror and humor.

At the end of each story, they somehow manage to catch the criminals who disguise themselves as monsters.

Velma Dinkley is the highly-intelligent one in the gang.

She solves mysteries through careful investigation and collecting all the clues that come by their way.

The glasses of Velma go well with her baggy-orange attire.

In most cases, Velma loses her glasses and she keeps on searching for them on the floor.

To get the Velma inspired look, check out these cool shades which are available in different colors: 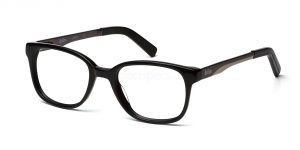 Dexter from the Dexter’s Laboratory cartoon series is one of the most-loved characters of all time.

The story of the cartoon series reveals the life incidents of Dexter who has a secret Laboratory in his home.

His annoying sister Dee Dee, rival Mandark and his parents are the other main characters.

Dexter knows all about science and he manages to build super-computers, robots and other inventions.

The thick framed shades of this boy genius is a great eyewear inspiration.

Get the Dexter inspired look by using these black-framed shades: 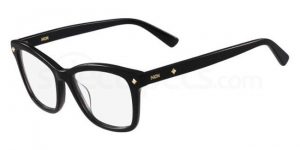 SpongeBob SquarePants, the yellow sea sponge, is loved by all those who watch cartoons.

The story line of this animated series revolves around the life of SpongeBob in Bikini Bottom.

Spongebob is a chef at the Krusty Krab, and he sports thick-framed glasses only when he is jelly-fishing.

Grab these cool shades to match the look of Spongebob: 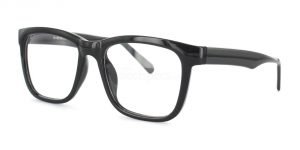 Callie Briggs is the strong feline from the Swat Kats animated series.

She is the Deputy Mayor and strong supporter of the Swat Kats.

Although Callie doesn’t know their identity, she calls for the help of the Swat Kats whenever she senses trouble.

Get the look of Callie by wearing these cat eye sunglasses: 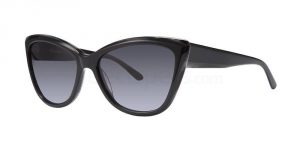 Beyblade, the Japanese anime, is a craze for all young children.

Tyson and his team are well-known for their beyblading skills.

Kenny is the smartest member in the Blade Breakers team.

He is seen wearing round glasses, holding a laptop and analyzing the battle techniques of players.

To get Kenny’s look, get these round framed sunglasses: 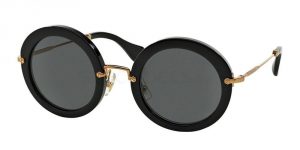 Courage the Cowardly Dog animated series is considered to be one of the most popular cartoons of all time.

The story depicts the bizarre incidents which happen in the life of a cowardly dog named courage.

He lives in a house with a women named Muriel and her husband Eustace.

Eustace is the grumpy, cruel and selfish farmer who ill-treats courage.

He wears round glasses, and is dressed in a pale yellow shirt with green overalls and a dark brown hat.

Check out the sunglasses which resemble Eustace’s glasses: 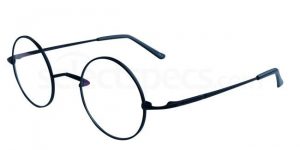 Netflix is one of the most used online streaming services right now. Television shows including the likes of the Chilling Adventures of Sabrina and…