Through the years we’ve seen George Clooney look suave while sipping Nespresso, Justin Bieber strip down to his underwear to model for Calvin Klein and Nicole Kidman star in a campaign for Chanel – among many, many more.

It seems that if you’re a big brand you need a big name.

Or, should we say, you need the right big name.

In the world of advertising, image is everything.

With that in mind, it’s no wonder that these brands have chosen their famous face carefully, and vice versa.

We take a look at some of the best and most famous partnerships below.

Queen B is one of the biggest starts in the land, so it’s no wonder that she’s signed a big-money advertising deal or two.

Her more famous signings include working with Pepsi (signing a controversial $50 million deal with the beverage brand in 2012), Tommy Hilfiger, and Emporio Armani.

We mentioned him earlier, but there’s no way we could compile a list of the best brand ambassadors and not mention Mr. Clooney.

He has been the brand ambassador for Nespresso and Omega for many years now, and has chosen to endorse only international brands as to avoid over-saturation in the US.

His longstanding relationship with these two brands makes him one of the most effective ambassadors when it comes to coffee and watches.

George left a souvenir at the Regent Street boutique in London. #Nespresso #WhatElse

What can we say about this advertising juggernaut?

It seems that everything the famous footballer touches turns to sold.

Some of his more famous campaigns include Brylcreem, Pepsi, H&M and Sainsbury’s – though there have been many more throughout the years.

People magazine crowned this famous athlete the 2015 Sexiest Man Alive, which has no doubt increased the star’s appeal even more.

Having already fronted 14 advertising campaigns thus far in her short life, Kendall Jenner is racking up the numbers.

She has been the face of Estée Lauder, Marc Jacobs and the Calvin Klein #MyCalvins campaign.

Glu Mobile has signed her to launch a mobile game and she’s appeared in a Rock the Vote commercial, too.

Not forgetting that she and sister Kylie have a clothing line deal with Topshop.

#ad I pose in #mycalvins. What do you do in yours? my Spring 2016 @calvinklein campaign

It’s probably the only time you’ll see Kendall Jenner and Steve McQueen mentioned in the same article, but the motorcycle enthusiast and screen legend has famous ties with Barbour.

Remaining one of the most famous wearers of Barbour’s International motorcycle jacket, Steve McQueen is still associated with the brand to this day through capsule collections and revamped versions of classic pieces.

The brand’s Steve McQueen Collection features jackets, t-shirts, shirts and sweaters inspired by the man himself.

Steve McQueen Barbour International Shirts for Winter 2017. Had a great time shopping the showroom with Jim at @Barbour today! We've got cool things coming in the New Year!

Brand ambassadors come in all shapes, sizes and professions and Match of the Day presenter Gary Lineker has famously advertised with Walkers Crisps for over 20 years now.

With such strong connections with Walkers and appearing in countless TV ads, it’s hard to imagine a time when Gary wasn’t affiliated with one of the nation’s most recognizable crisp brands.

Do Us a Flavour is back and bigger than ever! Enter your flavour at www.walkers.co.uk and you could be a #FlavourMillionaire! T&Cs apply.

Are you hoping to be the next brand ambassador for your favourite brand?

Try wearing products such as a pair of sunglasses.

The Oakley Five Squared design get our vote. 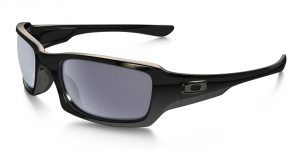 Buy Now »
. Want to find out more about Bruno Mars’ favourite sunglasses? We’ve got all you need to know here

Having previously spent three years as a fashion journalist for the likes of trade magazines MWB Magazine, CWB Magazine and WWB Magazine, Rebecca knows her way around a catwalk. Now as a freelancer, she enjoys writing about anything and everything.