Hakeem Olajuwon is a National Basketball Association Hall of Famer, and considered to be one of the greatest players ever to wear a basketball jersey. He even rivaled Michael Jordan, and had to leave his home country in Nigeria to travel to America to play college basketball.

A player with uncanny footwork and speed for his stature, Olajuwon is also recognizable for being one of the very few basketball players to wear sports lenses whilst playing on the court.

He was born in Lagos, Nigeria in 1963 to a strict Muslim family who he credits with instilling in him self respect, respect for others and hard graft.

Whilst in Nigeria, he played soccer, where because of his height (almost seven foot) he stood in goal where he would develop the skills that he would later transfer on to playing basketball.

He took up b-ball at 17 and wasn’t very good at first, but stuck with it. After some time, he eventually became proficient enough to go to the U.S. to play at the University of Houston, Texas.

When first arriving in the U.S. in 1980, no one from the University came to greet him and take him to the school.

After calling the school, he had to make his own way there by Taxi. During his first couple of years there he didn’t play as much as he had hoped, which led him to ask his coach how he could get more minutes on the basketball court.

His coach suggested that he should train during the summer months with local player Moses Malone.

Under his tutelage, Olajuwon improved his basketball skills rapidly and it wasn’t too long before he was called to play professionally for the Houston Rockets. He went on to display his skills in shot blocking, taking the ball from opponents, dribbling past players and achieving high scores.

It was because of these skills he was nicknamed “The Dream” after one of his coaches described seeing him play.

A result of his prowess on the basketball court led to the Houston Rockets becoming NBA Champions for two consecutive years during the mid nineties.

After spending seventeen years with the Houston Rockets, Hakeem left them in 2001 to join the Toronto Raptors for one season, until an injury finally forced him to retire from basketball all together in 2002.

Since his retirement, he divides his time between traveling to Jordan with his wife and family for Islamic Studies and staying at home in Houston.

He set up a local training camp to teach young basketball players who want to succeed in the NBA like he did.

He has also become a successful real estate agent bringing his Islamic principles of not allowing interest payments when selling houses.

These Bolle Highwood glasses are similar to the goggles worn by Hakeem Olajuwon in the featured image (above). As well as Shinny White/Blue, they are also available in Shinny Black, Shinny Black/Red and Matt Black. 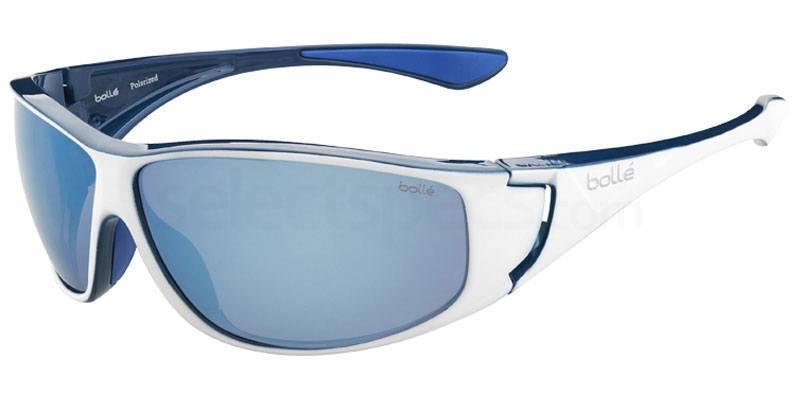 Follow the Ski Season: A guide to choosing Ski Goggles

Yasmine Chanel is an Instagram blogger and influencer. Hailing from Ireland and living London, she often photographs herself out and about in the Big Smoke…