With his trademark beret, thick black rimmed glasses, puffed out cheeks and whimsical personality, Dizzy Gillespie has become one of the most influential figures in Jazz with his virtuoso performances as a trumpeter and scat vocalist, as well as being a talented composer and songwriter.

He was born John Birks Gillespie in 1917 in South Carolina U.S.A. to a father who was a labourer and part time band leader.

Dizzie learned how to play a few instruments from his dad growing up.

Gillespie taught himself how to play the Trombone and Trumpet.

For a couple of years he went to Laurinburg Institute in his neighboring state of North Carolina where he performed in a band.

This gig earned him a reputation as a joker and his nickname “Dizzy.”

In his late teens, Gillespie got a job playing at the Teddy Hill Orchestra as a replacement for his idol trumpeter John Eldridge.

It was here that he made his first recording.

In 1939, he joined Mario Bauza at the Cap Calloway’s Orchestra.

Gillespie had already been experimenting with various styles which was only further encouraged by Buaza, who created the hybrid Afro-Cuban Jazz style.

After two years into the job, Gillespie was given the sack from the Calloway’s orchestra for causing a cut on the buttocks of Calloway with a knife, after he had a go at Gillespie for accusing him of messing around with spitballs.

During the late forties, Gillespie began to really embrace the Afro-Cuban Jazz genre which he had been introduced to by his colleague Mario Mario Bauza and continued to add Black American Jazz rhythms.

Gillespie’s use of his trademark bent trumpet came about as a result of an accident which happened in early 1953, when two dancers fell unto the instrument (whilst it was on a stand on stage) causing the bell to bend at a 45 degree angle straight up and when he played it he actually liked the tone better than what it had been before it had been damaged.

After that he would have all of his subsequent trumpets made that way for the rest of his career.

During his career, Gillespie would tour such places like Africa, The Middle East, and more frequently Latin America, where he would often return from with fresh new ideas for his own compositions and with new artists who would later go on to become famous themselves.

In later years, Gillespie would continue to tour and perform, as well making appearances on shows like Sesame Street, The Cosby Show, and Muppet Show.

He is survived by his widow (who died eleven years later) and daughter who is also a Jazz musician and whom has a son of her own.

He left behind a body of work and compositions that have merged different styles of Jazz.

Rooted from his African/Afro-American background in which he derived a great sense of pride and his whimsical sense of humour.

These Infinity 2502 glasses are similar to the ones once worn by Dizzy Gillespie and as well as Black are also available in COL 03 Animal Print and COL 04 Havana. 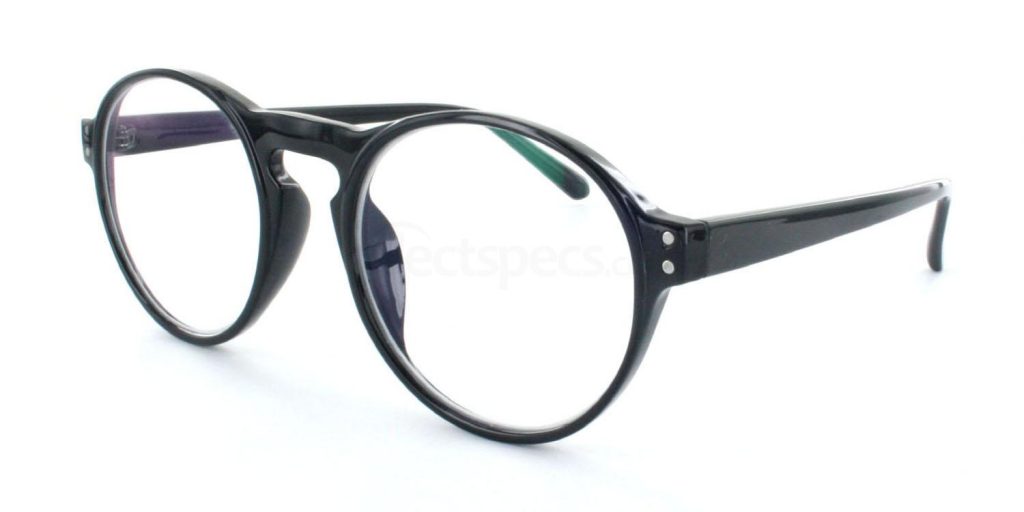