Jenna Lyon’s is the original patron of geek chic eyewear, always impeccably dressed, FROW at all the hottest runways, oh and don’t forget the long standing Creative Director and President of clothing brand J.Crew. Lyon’s overturned the label, taking it from lacking in identity to All-American meets high fashion powerhouse. One which Anna Wintour famously described as “a force to be reckoned with, and anyone who tells you otherwise is insane.” If that isn’t the ultimate seal of approval, I don’t know what is.

Other impressive features of Lyon’s resume include landing a guest role in the series ‘Girls,’ which is written, produced and created by Lena Dunham.

Lyon’s played the no nonsense all business Advertorial Editor for US GQ, and she played it so well it surely must have been her back up career.

In her real life career, Jenna literally worked from the ground up. After landing her first job after University as an assistant designer in menswear for J.Crew, by 2003, Jenna was Vice President of Women’s Design.

When she was appointed Creative Director and Subsequently President of the brand in 2008 and onwards, Lyon’s chose to take J.Crew in a new direction. The clothes were modeled on her own chic style which included a mix of high fashion and perfectly tailored lower end choices.

Layering, print and bright colors are also a favorite of Jenna, but she ensures even the brightest of yellows are portrayed in a somehow subtle and chic way. In a discussion with ‘In the Gloss,’ Lyon’s discussed how J.Crew approaches sexy style as a brand aimed at anyone and everyone, to which she said:

There has to be something that’s a bit undone … you can’t have perfect hair, and clothes, and makeup — you need an element of imperfection to make you feel like there’s a person behind it all

Queue a universal sigh of relief from modern women everywhere upon hearing this real and relaxed approach to dressing.

Jenna’s zen attitude reaches to all corners of her wardrobe, and aside from being known for her iconic sense of style, Jenna is a real aficionado in the eyewear department.

Dubbed the ‘birth control glasses’ by humorous Fashion website ‘Man Repeller,’ the thick rimmed glasses may not have put geek chic on the map, but gave the style a permanent location. Jenna discusses her Moscot Mensch glasses in an interview with GQ:

These became my go-to glasses about a year ago. I had reading glasses, and I would be walking in the office on my phone, and then would get dizzy looking up. The woman at the Moscot store suggested I get bifocals, it somehow became a signature, completely unintentionally

Intentional or not, thick rimmed glasses have become a staple of Jenna’s wardrobe, and she has made them cool.

Unfortunately, there is often a stigma attached to wearing glasses which, if you need them to do this little old thing called see, can get old very quickly.

Jenna with Leandra Medina Cohen, founder of Man Repeller after the J. Crew Spring 17 presentation. Everyone in this picture is proving they know how to work a bold print and amazing eyewear.

Jenna just casually attending Solange Knowles wedding, as you do. And of course, her signature glasses, sleek hair and a bold red lip.

Jenna in a photoshoot for Glamour Magazine. How artfully messy is this office?

What are the chances this isn’t how anyones office looks ever?

Take a look at our best Geek Chic frames, emphasis on the chic! 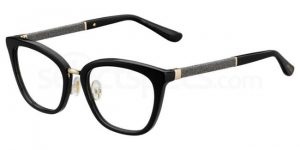 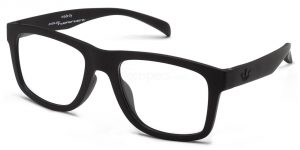 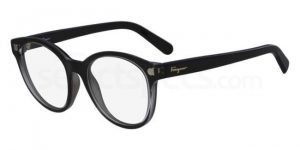 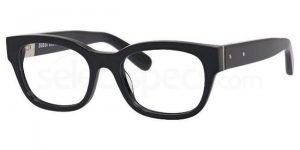 I am a recent graduate from Lancaster University with a degree in English Literature and History. I love writing, reading and all creative outlets within the fashion industry. I'm currently a freelance writer while also looking for my next opportunity within fashion.

Gender fluid, genderless, no gender, transgender, non-gendered, unisex: all words to define a relatively new concept that is sweeping the fashion sector. From unisex…