To many, Malcolm X is a controversial figure. In the eyes of many individuals around the world, he was a brave freedom fighter for civil rights. Fearless in exposing racism driven crimes, he was negatively viewed as against whites, and violent to opposers of his time.

All Malcolm ever did was tell the truth that many didn’t want to hear, and call for black people to arm and protect themselves against racist violence.

Malcolm X was born as Malcolm Little in 1925 and was the fourth of seven children to Earl and Louise Little.

His father was thought to have been murdered by the KKK for speaking out about Black Nationalism and self determination.

Marcus Garvey argued that the only way for black people in the U.S. to be free from racism was to separate themselves from whites who were the oppressors.

Malcolm’s mother tried her best to support the family on her own, but the strain became too much for her. She was eventually sent to a mental hospital where she would remain until her death.

Following, Malcolm and his siblings were split up from each other and placed into foster care. Whilst at school, Malcolm was a excellent student, who outshone all of his white classmates.

He was told by his teacher that he should forget about being a lawyer, because that was no profession for a n*****. As a result Malcolm soon lost interest in school and left early.

During his late teens, he moved from a black neighborhood in Boston where he lived with his half sister to New York’s Harlem district. He soon took to crime which included, pimping, burglary and racketeering.

In 1946 (aged twenty) Malcolm along with his friend and two white girlfriends were arrested for burglary. The male duo were given longer sentences than their white girlfriends due to their association with white women, as opposed to the actual crime of burglary.

"You're not to be so blind with patriotism that you can't face reality. Wrong is wrong, no matter who does it or says it." – Malcolm X #malcolmx#quotes#wrong#is#no#matter#who#it#does#says#cant#face#reality

After doing six years of his eight year sentence, Malcolm was released from prison a changed man.

A Change of Heart

Religious leader Elijah Muhammad preached about black people being economically free from whites and being self sufficient.

Malcolm would spend hours in the prison library reading as many books as he could lay his hands upon to educate himself.  He had also dropped his surname Little and replaced it with the letter “X” to symbolize the unknown African name of his ancestors who were taken away through slavery.

Another striking difference in Malcolm upon his prison release was his use of glasses, which up until then hadn’t used.

During his twelve years with the NOI (1952-64), Malcolm quickly rose to national fame within the movement through his fiery and uncompromising speeches.

He openly condemned white racism and helped establish Mosques around the U.S.

He had also given up smoking, drinking and a drug habit, forbidden within the movement. He married Betty Shabazz (formerly Saunders) with whom he had six children.

However during this time, his growing popularity within the NOI and increasing national publicity led other NOI ministers to become jealous.

The tension was only to be exasperated when Malcolm found out about the NOI leader Elijah Muhammad having had several illegitimate children with several female members of staff.

This was obviously at odds with the NOI teachings and on top of that Malcolm was expelled from the NOI for three months after comments he made saying that JFK’s assassination “was the chickens coming home to roost.”

The rift between Malcolm and the NOI finally prompted him to leave in early 1964.

In that same year he went on the Muslim pilgrimage (Hajj) to Mecca where he discovered that there were Muslims of all races who viewed each other as humans under the same religion.

On return from his trip, he gave up the teachings of the NOI and embraced mainstream Islam, seeing it as the answer to cure the disease of racism particularly in America.

He still believed that black people had the GOD given right to arm and defend themselves against racist attacks.

Following several death threats from the NOI (which included his home being firebombed) Malcolm X was assassinated in February 1965 whilst giving a speech in  New York’s Audubon ballroom to members of his new (slightly more integrated) organization: the Afro-American Unity.

The shooting started when someone from amongst the crowd yelled “N***** ! Get your hand outta my pocket!”

The murderers were thought to be from the NOI whilst others say they were on the FBI payroll. The same FBI had been watching Malcolm and tapping his phone for many years.

He was shot several times and killed in front of his wife and children at age 39.

Over fifty years since Malcolm’s death, he still divides opinion amongst many.

He called for armed resistance towards racism and left behind a life of crime to become a great husband, father and provider, whilst being fearless in confronting racism.

These Infinity 2083 glasses are similar to the ones worn by Malcolm X and as well as Brown is also available in Demi. 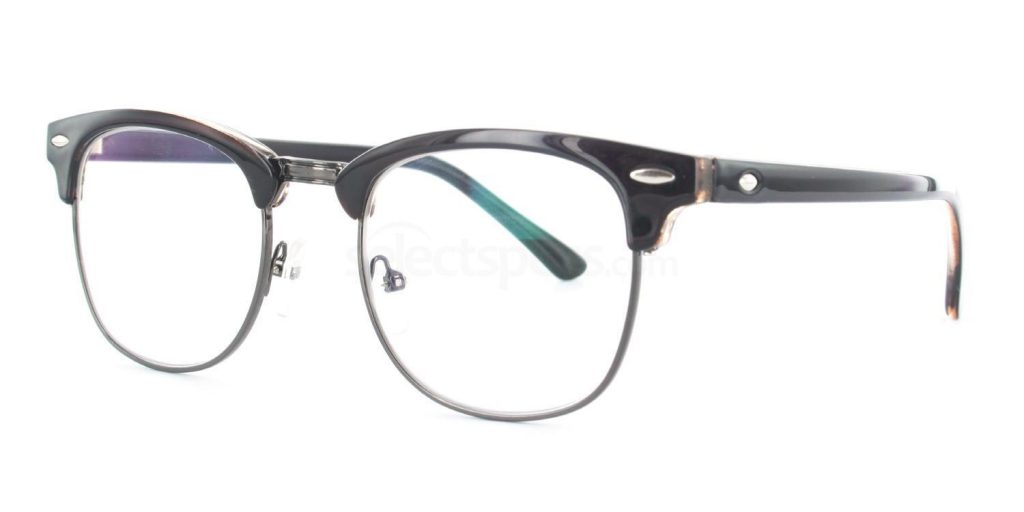