Dior are famous for their amazing celebrity collaborations. Past ambassadors have included Jennifer Lawrence, Charlize Theron, Mila Kunis and Natalie Portman to name a few. However, the high fashion label have never had a celebrity actually design something for them – until now.

Last year, we saw Dior team up with Rihanna who starred in their “Secret Garden IV” advertising campaign. Shot by Steven Klein in the Palace of Versailles, the video featured Rihanna modelling the brand’s eyewear and handbags. Now just a year later, the star has now become part of their creative team.

For 2016, Rihanna has designed a collection of stylish sunglasses for Dior as part of her brand ambassadorship. 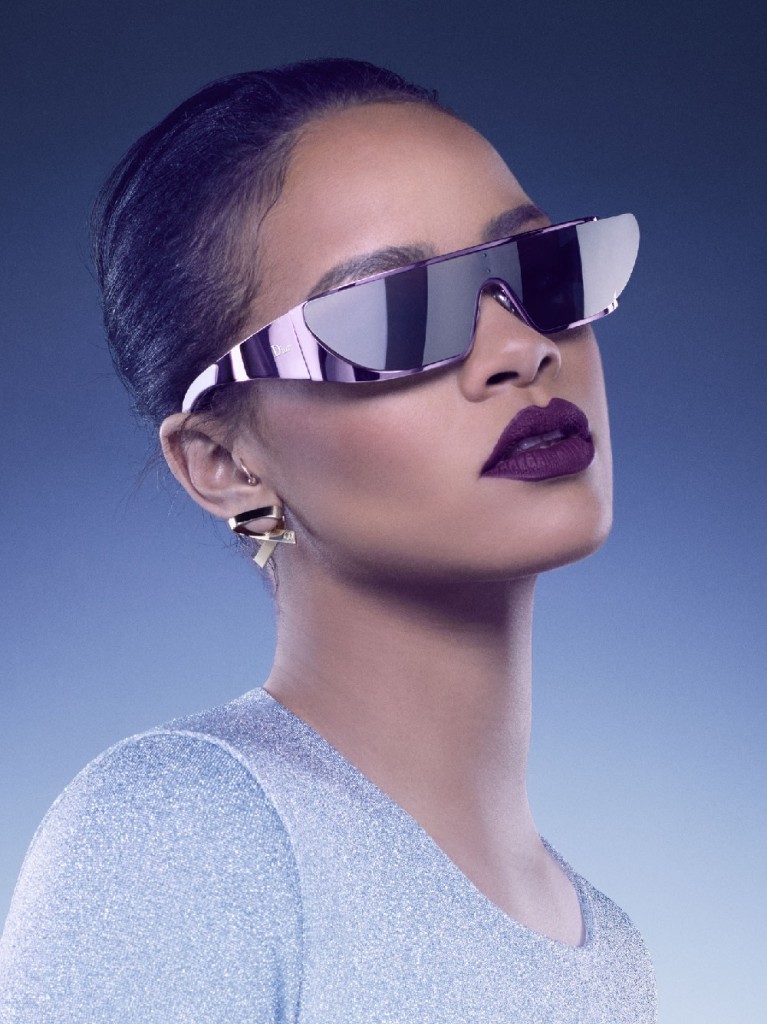 The new design is simply named the “Rihanna” and has a futuristic look, with sleek sheild frames and contemporary mirrored lenses. One style is available in six metallic colour variations – blue, green, red, pink and silver as well as a deluxe 24-karat gold-plated version.

The collection reflects an artist who plays as much with fashion as she does music, composing a new vision of woman with each new album. The collaboration marks the fusion of the singer’s unique style with the height of the House’s creativity.

Interestingly, in a statement provided by Dior, Rihanna named La Forge from Star Trek as her eyewear inspiration when designing the shades. To get the finished design, she looked at Dior’s eyewear archives, picking a style from 2000 as reference, and played around with modern materials and finishes.

The sunglasses were showcased in a series of simple portraits by photographer Jean-Baptiste Mondino. 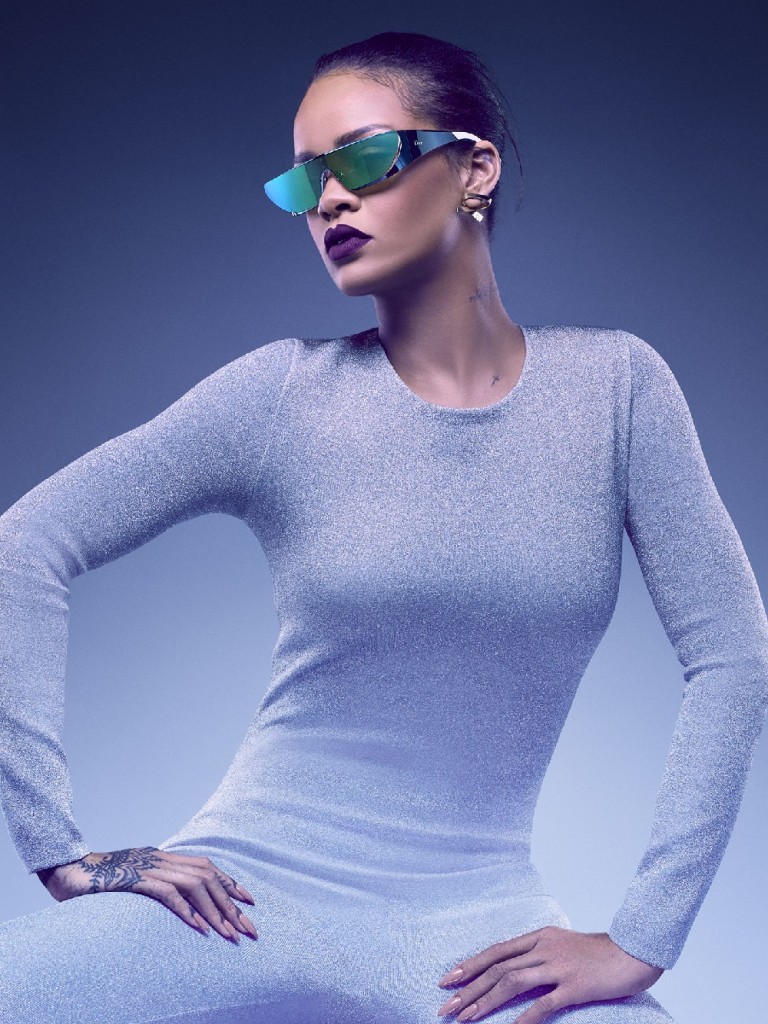 This fabulous, fashion-forward style from Rihanna is guaranteed to be a huge trend for 2016, but we’re not surprised that she pulled such a great design out of the bag – after all, this isn’t the first time that she’s collaborated with a big name in fashion. In 2015 she released a collection for Puma and just a few months ago, she worked with Manolo Blahnik to design a line of statement denim shoes.

Rihanna obviously loved her new sunglasses, as the singer has been wearing them at every opportunity. She recently gave us a sneak peak of the blue pair when she posted this snap of herself to her Instagram account. The shades added a futuristic edge to her all-black outfit.

When you reppin da PHUCK out yo own shit!!!

We also spotted her wearing the luxe gold pair in this Instagram pic, which was a hot topic of celebrity gossip this week.

In it, Rihanna has wrote a “23” on her stomach in sunscreen, a cheeky reference to LeBron James’ basketball jersey number. Relaxing in the sun, she shielded her eyes with her gold-plated sunglasses which feature reflective multi-coloured lenses.

The Dior Rihanna sunglasses collection goes on sale in June 2016, but unfortunately they will only be available to buy in Dior stores. However, that doesn’t mean that you need to miss out of Dior’s amazing eyewear style. SelectSpecs have a huge range of Dior designer sunglasses available online, including some of the most popular styles for SS16.

What do you think of Rihanna’s first foray into the world of eyewear design? Would you wear these futuristic frames? Let us know your thoughts in the comments or tweet us @SelectSpecs.

Love Rihanna?  See 7 of her most iconic sunglass looks here.

The news of David Bowie’s death rocked the world and left millions of fans all over heartbroken and devastated on Sunday January 10th 2016….