I’m sure that almost everyone knows who Sir Elton John is. Even if you might not recognise his face, his songs are infamous and will be recognisable to all such as Rocket Man, Candle in the Wind and I’m Still Standing, as well as his Disney success with songs for The Lion King.

Elton John was born and raised as Reginald Kenneth Dwight in Pinner, Middlesex to a military father and homemaker mother. He began learning the piano aged just three, showing a remarkable natural talent which eventually earned him a scholarship place to the Royal Academy of Music when he was eleven years old. He studied at the Academy on Saturdays for a number of years during which time his mother and father divorced and his mother re-married to Elton’s stepfather Fred, who he nicknamed Derf (his name in reverse), and with whom he got on really well. The new family moved to a flat in Frome Court not far from his previous home, but it was this flat where he wrote many of the songs that would launch his career.

He worked as a pianist in a local bar, formed a blues band and eventually became a songwriter for DJM Records before moving to write his own music in collaboration with his lyricist partner Bernie Taupin. He legally changed his name to Elton Hercules John in 1972. His first album Empty Sky was released in 1969 and since then he has created and released 33 studio albums, 4 live albums, 7 soundtrack albums and 16 compilation albums. Overall, he has sold over 200 million albums worldwide throughout his career.

Whilst also being one of the biggest names in the music world, Elton John has also been a huge advocate of LGBTQ rights and campaigned for AIDS charities, raising millions of pounds for various charities, particularly after the deaths of friends such as Freddie Mercury and Ryan White. He was also a very close friend of Princess Diana who campaigned for AIDS rights and other humanitarian causes.

In 1993 he began dating David Furnish and in 2005 on the day that the civil partnership act came into law, they formed a civil partnership, marrying in 2014 when gay marriage became legal in England. The couple has two sons together, Zachary born in 2010 and Elijah born in 2013, who were both born from the same surrogate mother.

Elton John’s style throughout the decades has always been flamboyant, bold and unusual, and has become part of his brand, enhancing his music and celebrity. We’ve all seen pictures from the 70’s and 80’s of Elton John in big, bold glasses, but I thought we would take a look at some of the recent pictures that the singer has shared on his Instagram account, looking at his recent style and how you can emulate some of his styles in your own glasses.

One of his favourite styles to wear in recent pictures seems to be a dark, thick-rimmed spectacle, with his trademark tinted lenses, in a rose shade. Elton John has always worn tinted spectacles, although the style of them seem to have become slightly more muted in recent years. These glasses have some rhinestone detailing to the top of them, to give a little sparkle to the look. Select Specs has a number of rose coloured tinted sunglasses which can help you to emulate Elton’s style, although I particularly like these Roberto Cavalli RC1050 glasses. 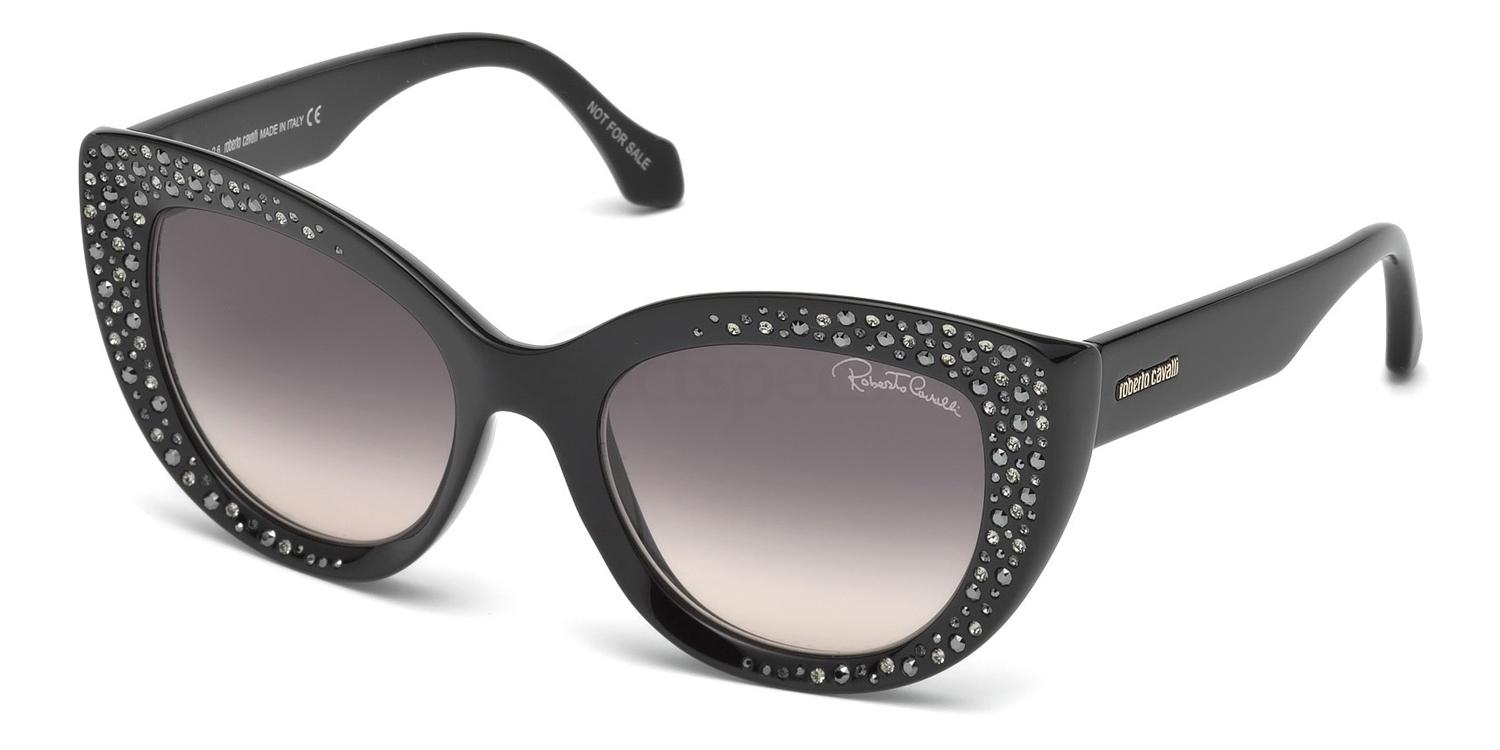 These glasses are quite similar to the ones that Elton is wearing in the above picture as they are black plastic frames, that are very chunky and they also have amazing diamonte detailing around the edge of the frames. The only thing these sunglasses lack is the pink lenses, but I think they’re still amazing anyway and a great way to put a little Elton John style in to your wardrobe this season.

In this picture, modelling for Gucci and Vogue magazine, Elton looks very recognisable in his signature bold style which combines colours and textures together. His glasses are a very thick round frame which features a ring of white stones or pearls. They have metal side arms and bridge which make the bold blue circular frames stand out even more. I think these Dolce & Gabbana DG2170B sunglasses are great for emulating this style. 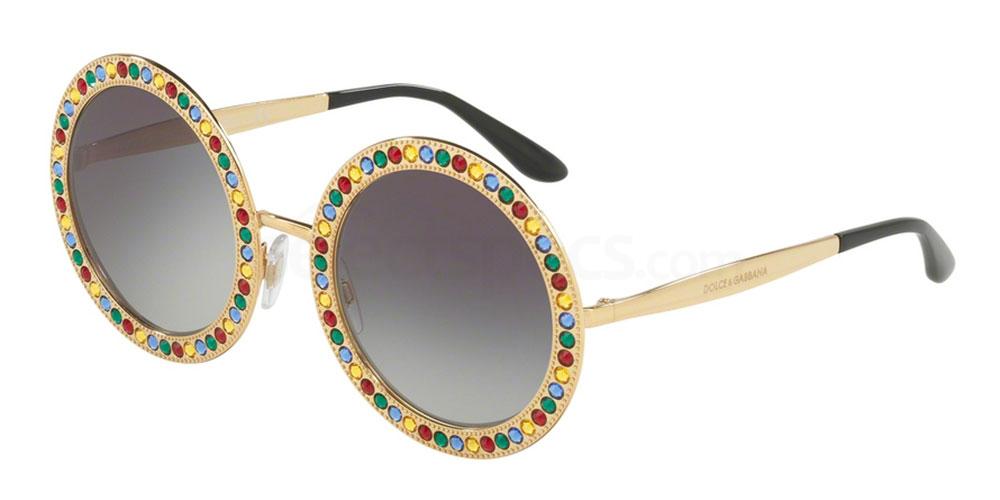 These glasses are similar to the ones that Elton is wearing in the above image as they are a fully round frame and they also have bold jewelled detailing around the frames. They are gold metal frames and have plan metal sidearms and bridge as Elton’s do above, allowing for the full detail on the front of the glasses to really stand out. These are fabulous glasses for really giving a nod to the Elton John style.

In this picture, Elton John is combining a more muted formal look with some amazing jewelled spectacles which feature the characteristic rose lenses and are a real nod to some of Elton’s more outrageous outfits of earlier decades. He has paired these glasses with a black suit jacket with jewelled shoulder detailing and a black t-shirt – it’s a look that I really love as it combines classic Elton John style, with a classic evening dress look. On the Select Specs website, we have a number of awesome cat eye sunglasses which also have bold detailing on the frames. I particularly like these Jimmy Choo Lizzy/s glasses. 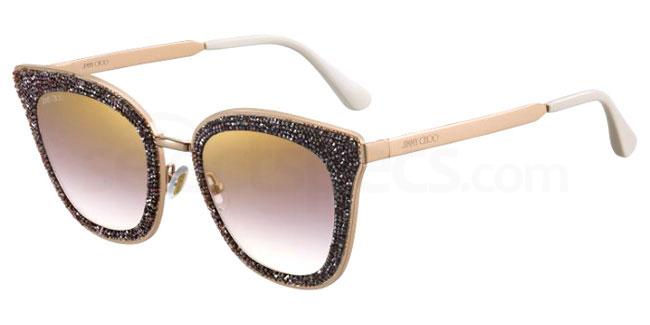 These glasses are the same shape as the ones Elton is wearing, and whilst they aren’t as chunky framed as the ones he is wearing, I chose them because of their rose gold colour as well as the bold glitter detail on the frames. These glasses can really help your outfit stand out and could certainly be worn as an accessory to a more muted outfit like Elton has done in the above picture.

Which of Elton John’s glasses is your favourite? Let us know on social media, and don’t forget to tag us #SelectSpecsSelfie for a chance to be featured on our accounts.

Got time to read another one? Find out whether this toothpaste hack is any good at removing scratches from your glasses!

If there is one successful singer, actor, entrepreneur, who has achieved success in whatever she has done so far, then it has to be Jessica…