Alexandra Daddario, the Hollywood actress and model, is a rising star in the film industry.

She attracts a lot of attention with her beautiful blue eyes, wonderful smile, and toned body.

Over the years, Alexandra has portrayed a wide range of characters in various films.

Her acting career is currently rising on a daily basis, and she shows signs of improvement with each passing film.

Alexandra, a stylish young lady, was also chosen as the cover girl for various fashion and lifestyle magazines.

Her stunning physique and beautiful looks ensure that every frame of her photo-shoot looks absolutely mind-blowing.

Now let’s take a look at some of the best pictures from her magazine photo-shoots.

Daddario also managed to crack a few jokes when she was working on this photo-shoot.

Alexandra looks stunning in this picture taken for a Glamour Magazine cover.

The beautiful brunette is seen in a romantic pose, biting a rose, and wearing dark red attire.

Photographed by Ellen von Unwerth at Chateau Marmont in Los Angeles, this amazing shot was taken for the July 2013 issue of Glamour magazine.

American actress Alexandra Daddario looks absolutely hot in this picture taken for the June issue of Cosmopolitan US magazine.

The picturesque background adds extra beauty to the overall frame.

Alexandra’s hair and costume was styled by Isabel Dupre.

Alexandra is seen posing for the December 2014 issue of GQ magazine, holding a damaged tennis racket in hand.

Dressed in white, the beautiful actress looks like a professional tennis player with a superb physique.

The tennis racket, pink floor, and tennis balls help to add a sporty touch to the picture.

Alexandra Daddario looks great in this picture shot for the Russian magazine InStyle.

She is seen wearing stripped attire and a fancy necklace to match her dark-colored hair.

The blue eyes of Alexandra happen to be the main highlight of this picture.

Alexandra looks iconic in this picture taken for the April 2017 cover of GQ Mexico.

Considered to be one of her best ever pictures, the Percy Jackson actress managed to attract a lot of attention with this photo-shoot.

Shot by Guy Aroch, this picture was trending on Instagram as soon as it was released by GQ Mexico.

The picture shows Alexandra posing for the 2017 July/August issue of GQ Spain.

This happens to be one of Alexandra’s most recent swimwear photo-shoots, taken for promoting the movie ‘Baywatch.’

Alexandra looks stunning dressed in a sexy blue swimsuit, with her wet hair and blue sunglasses adding extra glamour to the picture.

The one-piece swimsuit goes well with the cool shades, making the overall picture a phenomenal one.

Grab these cool shades to look as stunning as Alexandra: 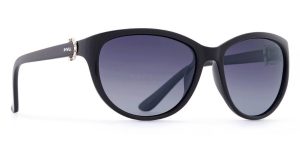 Rowi Singh is best known as an Australian-Indian style blogger who resides in the city of Sydney, Australia. The star runs a highly successful…