Eva Gaëlle Green is a globally popular French actress and model. After starting out as a theater artist, Eva made her film debut in the year 2003.

What sets her apart from other actresses is that she portrays a wide range of characters in films.

Be it a witch, a Queen, or a double agent, Eva manages to get into the skin of the character every time.

The dark-haired French star gained worldwide recognition after performing lead roles in movies such as Kingdom of Heaven, Casino Royale, and Dark Shadows.

Now, let’s take a look at some of the best on-screen looks of this beautiful actress.

A post shared by Michelle George Headshots (@michellegeorgeheadshots) on Jul 6, 2017 at 12:24am PDT

Eva Green’s debut movie was ‘The Dreamers’ which released in the year 2003.

She portrayed the character Isabelle in this romantic drama.

Eva’s role as one of the free-spirited twins was very much appreciated by critics.

The film got decent reviews and Eva’s film career kicked off in the best possible way.

Released in 2005, Eva Green gained worldwide recognition by playing one of the lead roles in this movie.

Her character, Sibylla, is a Princess who goes on to become the Queen of Jerusalem.

This was yet another major feat in Eva Green’s career.

Eva Green played the role of a witch Queen in the fantasy adventure film ‘The Golden Compass.’

Released in 2007, this film was based on the novel ‘Northern Lights’ written by Philip Pullman.

Serafina had power over several clans located in the district of Lake Erena.

Emilia is a beautiful yet troubled art student who decides to film her own suicide attempts.

Eva also plays the role of Sally who is very witty, humorous, and lively.

This was yet another different character portrayed by the French actress.

The 21st film in the James Bond series was ‘Casino Royale’ which released in the year 2006.

The character Vesper Lynd was based on the fictional character featured in the 1953 novel Casino Royale.

Vesper was very different from the usual Bond girls.

Eva looked absolutely gorgeous in the movie, and her performance was appreciated by a global audience.

This turned out to be one of Eva Green’s best roles.

The film was a massive hit and it became one of the biggest grossing Bond films.

This picture is from the art drama thriller movie ‘White Bird in a Blizzard.’

The story of this film revolves round the past and present life of Eve Connors: the character portrayed by Eva Green.

Although the movie received mixed reviews, Eva’s role was a significant one.

Grab these cool shades to match the stunning look of Eva Green! 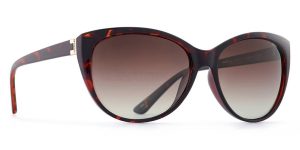 He’s the actor best known for the most recent (and dare we say, most popular?) iteration of Marvel’s web-slinging superhero. Tom Holland has undeniably…