Tennis is a sport which generates millions of dollars, as the phenomenon gathers some of the biggest companies worldwide. It is a well-known fact that, alongside golf, financial investment is vital in order to make up the basis of a tennis champion.

At the ATP 1000 Masters tournament from Indian Wells, the sunglasses were on point as the high temperatures from the Californian desert messed up the schedule of the tournament.

Let’s take a look and see what eyewear inspirations we can take from this top-class contest.

Sunglasses of the King

Apart from being a king on the tennis court and a fashion icon, Roger Federer loves his sunglasses.

A gentleman in every aspect; every appearance of the Swiss Maestro has been praised by critics. There is no room for error in terms of his style.

Don’t try to name a normal brand as his choices are top class, of course. Take the cool, always stylish and elegant Tom Ford FT0515 sunnies. It takes £240.00 to evolve from a tennis rookie to an 18 Grand Slam champion. 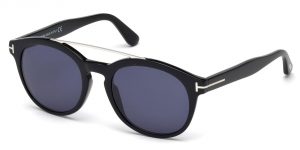 The Ray-Bans of Ivan

Ivan Ljubicic (left side) has been Roger’s coach since January 2016.

A former tennis player himself, the Croatian cannot take part of Roger’s team without a spot-on pair of sunglasses.

He chose to fight against the hot temperatures and the high humidity with the classy Ray-Ban RB3016 Clubmaster HRG.

With polarized lenses, this item is a must-have for every Ray-Ban lover who wants to leave the Aviators at home for one afternoon out at the tennis courts. 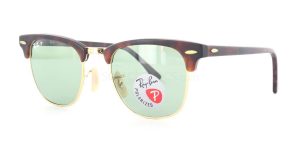 Magnus Norman is currently the coach of Stan Wawrinka, ranked as number three in the world. Also a three-time Grand Slam winner.

Things are not always comfortable when watching Stan play, as high temperatures have created difficulties for his usual habit of supervising matches.

Unfortunately, the towel is no Burberry scarf, but his sunglasses are a perfect choice for sunny days in California.

If this is your top choice, go for the Oakley OO9135 Jupiter Squared to copy Coach Norman’s funny way of fighting against heat. With outstanding UV protection and lightweight frame material, this is a top product for your eyes. 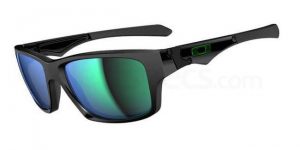 The perfect accessory on a sunny Saturday yesterday at the #BNPPO17? A hat for @emirates day 🌴

The organization of a tennis tournament is a combined effort from top level executives to sales people who make the tournament even more entertaining.

In our case, Indian Wells is one of the most important ATP Masters 1000 tournament and this lady shows that Ray-Bans can look good on everyone.

She is a proud owner of the Ray-Ban RB 3136 Aviator-Caravan. The polarized lenses will help you to avoid the headaches of the Californian sun. 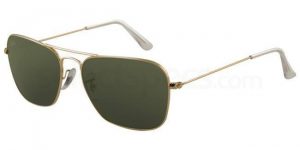 Yasmine Chanel is an Instagram blogger and influencer. Hailing from Ireland and living London, she often photographs herself out and about in the Big Smoke…