David Ruffin is best known as being the lead singer of the legendary Motown group, The Temptations, during the sixties.

Providing lead vocals on their signature tune “My Girl” from 1965 which would be later used as the theme for the 1992 family film of the same name.

Born David Eli Ruffin in 1941 in Mississippi U.S.A., he was the son of a church minister and was one of five siblings with the youngest dying whilst still a baby.

His childhood was known to be very strict and violent at the hands of his father who remarried after Ruffin’s mother died just after he was born.

His step mother and the rest of the family would travel around their home state whilst singing as a gospel group.

Ruffin sing in the church choir, until his early teens when he left his family.

The local church minister became his legal guardian with the intention of becoming a Minister just like his father.

Ruffin then moved to Arkansas with a Jazz Musician where he performed locally in Ballrooms and Casino’s with local singing groups.

During this period he was introduced to the likes of Little Richard, Frankie Lymon, and Bobby Womack.

At the age of sixteen he moved (with his new guardian Eddie Bush) to Detroit, Michigan.

Bush began working at the Ford Motors Assembly line while trying to become a singer himself.

At this time Ruffin also met Berry Gordy who had ideas of starting his own record label.

Whilst living with Gordy’s father, Ruffin worked as a builder on what would eventually become the Motown Hitsville Building.

He started composing his own music whilst working as a drummer for a Doo-Wop group and was also singing alongside a then unknown Marvin Gaye on Berry Gordy’s sisters label Anna Records.

In early 1964, David Ruffin joined the group The Temptations after a former member was sacked.

David and his brother Jimmy both auditioned for the group, but it was David who would win outright because he gave a better stage performance.

At first Ruffin sang as a backup vocalist whilst Eddie Kendricks and Paul Williams sang on lead.

During the first twelve months in the group Ruffin was given some opportunities to be the group’s frontman on some of their early recordings.

Even though his vocals weren’t thought to be strong enough to begin with, it was Smokey Robinson (whom had helped write many of the groups early recordings) who saw potential in Ruffin.

Robinson thought that what he needed was a song that could really showcase Ruffin’s distinctive vocal style, which led to him writing the song “My Girl.”

Recorded and released in late 1964, by early 1965 My Girl became the group’s first U.S. number hit and to date their biggest hit.

After that the Ruffin led Temptations which included the classic line up of Eddie Kendricks, Paul Williams, Melvin Franklin and Otis Williams would go on to have a string of smash hits singles between 1965-68 such which included “Beauty is Only Skin Deep”, “(I Know) I’m Losing You”, “All I Need” and “”I Wish It Would Rain”.

By 1967 Ruffin had developed a cocaine habit which was affecting his work and health.

His drug usage inevitably caused problems within the group.

Fame led to many difficulties with Ruffin claiming that he should be the main focus of the group and that the group should be named after him (David Ruffin and The Temptations).

This obviously didn’t go down well with the other group members, causing tension and Ruffin’s diva behavior becoming more out of control.

By 1968, the other group members had finally had enough of Ruffin when he failed to show up for a performance and instead went to a performance by his then new girlfriend.

He was sacked by the group and quickly replaced by Dennis Edwards who was actually a friend of Ruffin’s.

After officially leaving the group, Ruffin was given a new separate contract on the Motown label as a solo artist in order to stop him from suing them for his dismissal from the Temptations.

Forcing him to fulfill his contractual obligations without the label having to give him any money through the courts.

As a solo artist he had a few minor hits, but was never as successful as he was with the Temptations because of his continued cocaine addiction, which led to him leaving the Motown label in 1973.

He continued recording throughout the rest of the seventies with a couple of different labels and during that time he became reacquainted with former Temptations group member Eddie Kendricks.

Both decided to rejoin the Temptations in the early eighties, recorded a “Reunion” album on the Motown label and starting a tour.

However the group was not the same as they were some twenty years before and Ruffin was still plagued by drug problems which caused him to miss shows.

The group was sued for thousands which meant that Ruffin was once again sacked from the group, only to re-appear one more time on a minor UK Top Twenty hit “Treat Her Like A Lady” in 1984.

Afterwards, his life spiraled with drugs and depression; Ruffin’s drug problems eventually landed him in jail and him having other numerous brushes with the law.

In 1991, whilst doing a comeback tour in the U.K. (with two other former members of the Temptations) Ruffin died due to the effects of his long term substance abuse at the age of fifty, although his family believe there was fowl play involved.

Ruffin is survived by four children (three from his first marriage and one from a long term relationship).

These Infinity 1252 glasses are similar to the ones once worn by David Ruffin and as well as Black are available in Black/Brown, Black/Red and Black/Yellow. 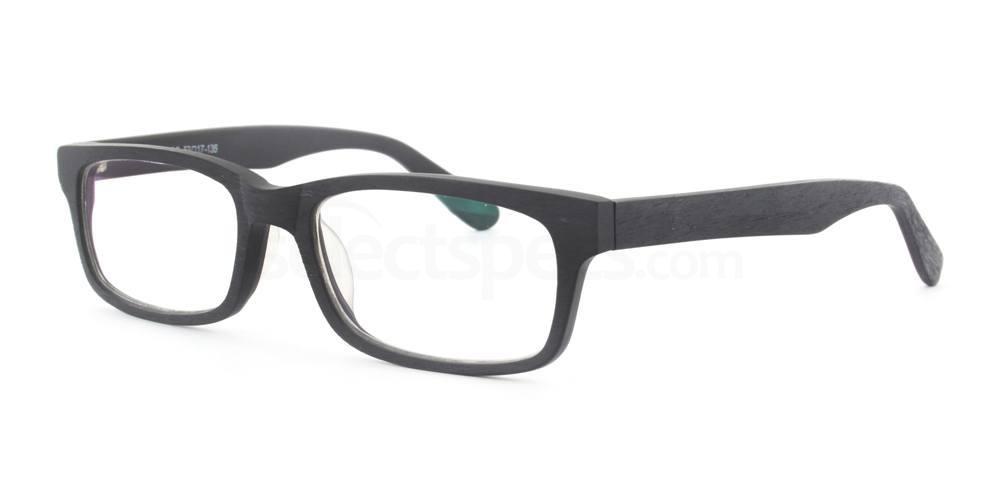 Find All About Lionel Ritchie

London Fashion Week is arguably one of the biggest fashion events of the year, with two major exhibitions occurring annually in February and September….