It’s that time of the year again when the Summer begins to draw to a close and we look towards the Autumn and a time of bringing out the cosy jumpers, getting the hot chocolate kits ready, and looking forward to the new season’s television. One of the programmes which we all look forward to is The Great British Bake Off starting which is due to start again on Tuesday 28th August on Channel 4!

Following “bakegate” in 2016 when it was announced that the programme had been bought by Channel 4 and presenters Mary Berry, Sue Perkins and Mel Giedroyc left the show, many wondered what the new version would look like. 2017 rolled around, and we were all thrilled to see that Channel 4 had retained almost every feature of the show, including the missing raspberry on the chocolate cake in the opening credits! What was new, was a new baking expert, Prue Leith and two new presenters, Noel Fielding and Sandi Toksvig. Noel and Sandi brought a new style of comedy which personally, I actually prefer! It’s amusing to wonder what euphemisms and strange comments Noel is going to make! Prue Leith is a name which, if you aren’t a cook or baker you may not initially know, but even a brief Google search will show the expert level that Prue operates on.

Prue Leith was born and raised in South Africa but during a brief period studying in Paris, she realised her future lay in the catering business. She studied at the Cordon Bleu Cookery School in London before beginning a high-quality luncheon provider and events company. The company was a huge success and in 1969 she opened Leith’s, her Michelin starred restaurant in Notting Hill which she owned until 1995. Since then she has established two cookery schools,  one in London, the other in South Africa, she has also worked as a gastro-journalist, writing articles for newspapers and magazines, and publishing 12 cookery books. She is also heavily involved in education and teaching the next generations of chefs and bakers as well as serving on a number of boards such as the School Food Trust, and the food board for the Esme Fairbairn Foundation. She has also been heavily involved in business and the arts, serving as non-executive director for a number of companies including the RSA. Since 2017 she has also been the Chancellor of Edinburgh University.

So, bearing all that in mind, there’s no way anyone could doubt her expertise and experience in the field, and it was with that air of experience and her down to earth nature, that she won over the hearts of the nation. For us at Select Specs, the change from Mary to Prue gave us another opportunity to geek out because she is a glasses wearer; and not just any glasses wearer, she is a fan of bright, colourful, unusual glasses – in short, the perfect person to write about!

So I thought we would take a look at some of the different styles she has worn before speculating on what we might see in this years season.

In this lovely picture of Prue standing in front of a shop that seems to honour her name, we can see that she is wearing a tortoiseshell pair of sunglasses in bold blue and pink colours. The shape is relatively traditional, but she has matched the colours in the glasses to those of her teardrop earrings which are a coral colour also. She also appears to be wearing either a jacket or scarf over her shoulder which is in a bright coral colour too, showing her love of bold colours and tying the outfit together perfectly. 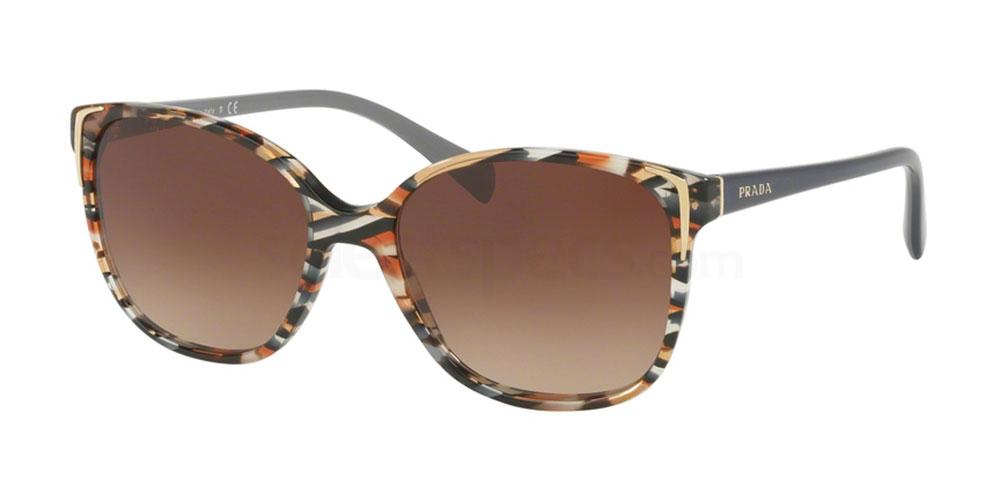 Although we don’t have a blue and pink pair of glasses on our website, we do have these lovely Prada PR 01OS sunglasses which are similar in style as they have a boldly coloured tortoiseshell design and are a standard shape. They do have some lovely unusual detailing such as the gold corner detailing, as well as the combination of colours. They’re a lovely, luxury dupe for the ones that Prue is wearing above.

In this recent Instagram photograph showing Prue’s upcoming cookery book, Prue is wearing a signature pair of bold glasses. Her outfit here has clearly been arranged for the photo shoot, but it would have been designed in collaboration with Prue to show her personality and character as well as to be eye-catching for buyers. So what about the look itself, well Prue is wearing colours in a colour blocking style, wearing a bright orange coloured jumper, necklace, watch and even lipstick which all complements the blue background of the book cover as well as the bold blue glasses she is wearing. The glasses themselves have chunky frames, are a translucent blue colour, and match with the stud earrings she is wearing. 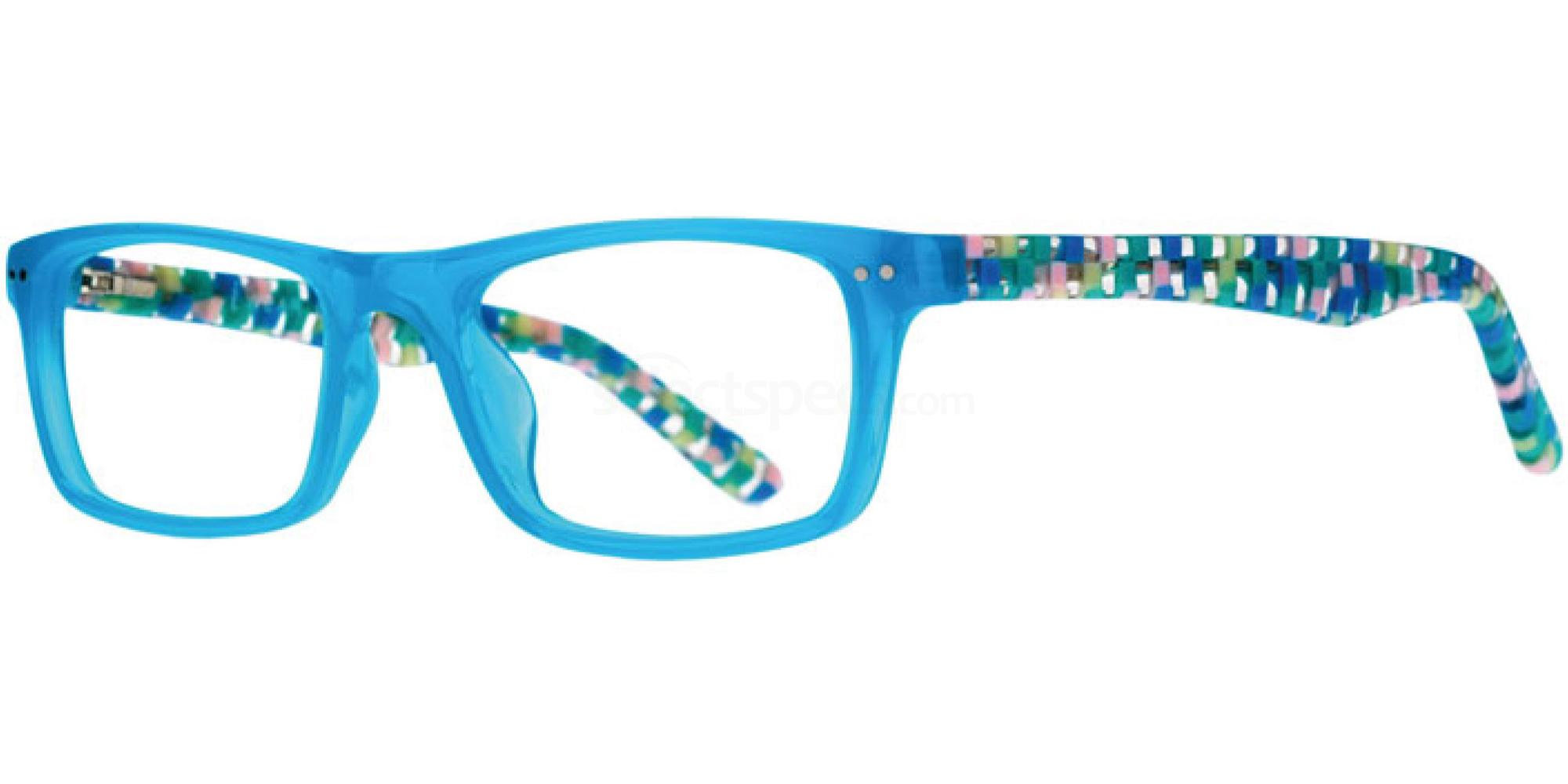 These i Wear i Wear glasses are very similar to those that Prue is wearing in the above picture as they are also a bright, translucent blue colour, but they also have some unusual detailing on the arms which contrasts with the main part of the frame. Prue’s glasses have green sidearms, but the ones above have a multicoloured hatched design which also contrasts with the main part of the frames. At under £50 with free single vision lenses, they’re an affordable way to incorporate an unusual glasses look within your wardrobe.

It’s clear from the pictures above, that one of Prue’s favourite colours is a deep pink colour as it features in a lot of the outfits that she wears, although she often chooses outfits which are a little more unique and so have helped to create her trademark style. In the above picture, taken at an event at a school in Stoke with pottery maker Emma Bridgewater, we can see that Prue is wearing a bold pink tunic style top with a multicoloured garland necklace and big gold earrings. She has accompanied this outfit with some lovely unusual pink glasses which feature an x-shape detailing at the bridge, and which have a cat eye shape to the frames. The frames are thinner than others that she has worn in other pictures, but they are still bold and really suit this outfit, and Prue herself. 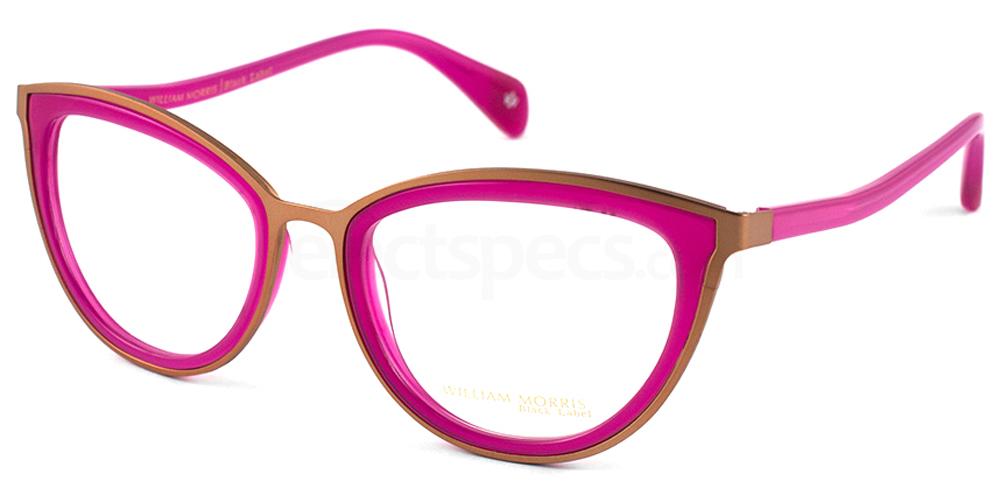 On our website, there are glasses which have cross detailing at the bridge, and there are glasses which are cat eye and cerise pink, but not all of these details together, and so I have chosen the pink coloured William Morris Black Label BL40007 frames as these feel more “Prue-like” than the other cross detailed frames. The frames above have cat eye detailing and feature the bold pink colour, but the unusual detailing here is the bronze metallic edging to the pink frames and across the bridge of the nose. They’re a lovely pair of glasses which will enable you to emulate Prue’s characteristic style.

Which pair of glasses is your favourite? Let us know on our social media! Got time to read another article? These five Instamum’s are rocking awesome glasses styles!

Also, don’t forget to tag #SelectSpecsSelfie for a chance to be featured!

Our eyesight and our eye health are, inevitably, closely linked. While our diet can help boost eye health and protect against degeneration, vitamin deficiencies…