Ahead of the US Grand Prix in Texas on Sunday you’d be thinking Jenson Button would be getting his head down and preparing for the big race, and in a way he is – by cruising around California in a flash sports car “beast”!

Yep, he literally looks as though he couldn’t have a care in the world when he uploaded a few snaps to his Instagram a just days ago.

Enjoying the best the Golden state has to offer and naming this Mclaren 650S a “volcano orange beast” makes us wonder how hard it must be to be a formula 1 driver, and where can we sign up?

Other than his obviously cool car and cool lifestyle, we also noticed he’s got the cool shades to match. 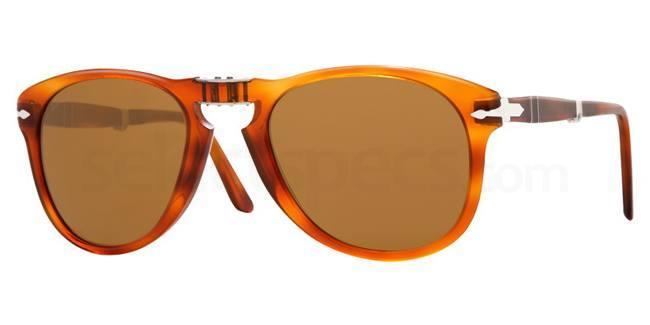 The shades even appear to be the foldable model too, meaning Jenson must be a fan of practicality as much as style.

Or perhaps Button choose the brand because of its rich history, particularly because of its connections with sports drivers who Persol originally developed sunglasses for back in 1917.  Later in the ’60s the brand was made even cooler by many film stars such as Steve McQueen wearing them.

The Brown/Havana colour is characteristic of Persol and most frames are recognisable by “the supreme arrow” detail that stretches down the arm of the frame.  The particular model Jenson seems to be wearing is the Light Havana, which looks almost orange under the Californian sun is his picture, perhaps even a “volcano orange beast” orange!

Or not, whichever the case we’re wishing the best of luck to Jenson in this weekend’s upcoming race!  Will you be watching it?

Round sunglasses are not just for hipsters, they can also be the perfect addition to your look. However, because there are so many different…