Lisa “Left Eye” Lopes was known to the world as 1/3 of the all girl R’n’B group TLC. Throughout the nineties TLC achieved worldwide success with their brand of female empowering and safe sex promoting New Jack Swing/R’n’B.

Lopes was the outspoken heartbeat of the group and as well as being a singer-songwriter, rapper, producer and dancer.

She was born in 1971 in Pennsylvania U.S.A. to an army sergeant and a mother who made dresses. The oldest of three siblings who were all exposed to music in the home.

Their father played in the army band, and could pick up virtually any instrument and play it with Lisa herself learning how to play the piano from an early age and who would also sing in church with her siblings.

Home life was not always happy for the young Lopes, with her father  being a very strict disciplinarian, treating her and her sister and brother like they were recruits in his army, who would shout at them constantly and discipline them for things as minor as leaving a pen lying on the floor.

He was also said to have been abusive to his wife, which would eventually lead to them getting divorced whilst Lisa was still in High School.

She developed a drink problem because of her dad who surprisingly allowed her to drink which allowed her to become a different person and forget the problems of her home life, where she would often run away from home to escape.

At High School, she learnt to dance and rap and would sometimes model as well.  She would leave home in her late teens to seek fame in Atlanta, when she heard about auditions for a new girl group.

TLC were formed in 1990 with Tionne “T-Boz” Watkins, Lopes taking the stage name of “Left Eye” and Crystal Jones.

However Jones would later leave the group and be replaced by Rozonda “Chilli” Thomas.

Under their new manager and former performer Perri “Pebbles” Reid, the group quickly went to work on their first album.

In late 1991 TLC released their first single “Ain’t 2 Proud to Beg” which reached the top ten of the U.S. Singles chart  which was  followed with the release of their first album “Ooooooohhh…On the TLC Tip” in early 1992.

Follow up singles included “Baby, Baby, Baby” which reached the U.S. top five and “What About Your Friends” which was another top ten hit. The album would initially sell two million copies.

During their relationship he became possessive of her and would grow jealous if she so much as talked to another dude, whilst he himself would constantly stay out late and was even caught cheating by Lopes herself.

After an argument which became physical, Lopes wanted to get her own back by setting fire to Andre Rison’s favourite pair of golf shoes in the bathtub of his luxury mansion but the fire soon spread throughout house which left it gutted.

As a result she was sentenced to do five years probation and to do therapy. All this was prior to the release of TLC’s CrazySexyCool album in late 1994.

The album produced the top five hits “Creep”, “Red Light Special”, “Digging On You” and the U.S. Number One “Waterfalls”, with the album going on to sell 24 million copies and making them the most successful all female R’n’B group of all time.

The troubles that Lopes was having only helped boost the sales of the album and also that of TLC’s first album with sales eventually rising to 6 million.

But despite this, the group hardly saw any money from the sales of the album because of their corrupt record company involved in shady deals with the groups’ contract.

The group filed for bankruptcy in 1995, which didn’t help with Lopes’ insurance debts from accidentally burning down her former boyfriends house.

The group’s third album took four years to be released because of having to go to court over royalties from the CrazySexyCool album.

With their case finally ending in 1996, they managed to have a new contract written up after being released from their old record company.

During this time Lopes had completed her court ordered rehabilitation and adopted a son and  daughter.

The second half of 1998 was spent recording their third album which would be titled “Fan Mail.”

Names of their fans were plastered across the album sleeve as a thank you for their loyalty and patience. The album was finally released in early 1999 with the first single “No Scrubs” (co-written by Lopes) going straight to Number One on the U.S. Chart.

Followed by another U.S. Chart topper “Unpretty.” The album was yet another success, selling 14 million worldwide.

By now however, Lopes was growing further apart from the group and had voiced her dissatisfaction of the group’s musical direction.

Lisa previously spoke out against the lyrics from “Creep” which basically justified a woman cheating on a man whom had cheated on her. She argued that instead of getting revenge, the woman should have had more class by simply leaving the cheating boyfriend.

In 2000, she collaborated with Melanie C of the Spice Girls to perform on her hit single “Never Be the Same Again” which topped the charts in several countries including the U.K.

Her appearances with TLC became less and less when in two instances she didn’t show up for press conferences or guest appearance on MTV’s TRL show.

Fans become concerned for her safety, when in actuality she was traveling with her then boyfriend to the Honduras.

This was seen as a publicity stunt by the other TLC members and their fans which made a lot of them angry. TLC member Chilli called her actions “selfish, evil, and heartless.”

Previously, Lopes stated in a magazine that the music of the group no longer represented her, which was where the rift in the group began.

In fact, after the group fell out over Lopes being notably absent for their interviews, Lopes issued a challenge to the other two group members to produce their own solo albums to see who was the real talent in the group.

Watkins and Thomas declined the challenge in 2000, but Lopes went on to produce a solo album called “Supernova” which was released in the summer of 2001 in Europe and Japan.

By early 2002, Lopes had all but left the group when she went on a road trip with family and friends to the Honduras on a kind of spiritual retreat.

Tragedy struck whilst she was riding along as a passenger, the vehicle she was in accidentally ran over a ten year old Honduran boy who had run out into the traffic and was killed.

Traumatized by the event, especially after meeting the mother of the boy (who’s surname was also Lopez ) Lisa offered to pay for the cost of the funeral for the boys family.

On April 25th 2002, Lopes was driving a UV truck with family and friends, when she swerved to avoid hitting an oncoming car.

The UV truck had rolled a few times whilst hitting trees and left the rest of the passengers (which included Lopes’ sister Reigndrop ) injured. Lopes died instantly when ironically she was the only one wearing a seatbelt.

The incident was captured on the VH1 Documentary “The Last Days of Left Eye” which was first shown five years after her death. The footage was meant to be all about her trip to Honduras, where she talked about her childhood, her struggles with alcohol, what really happened with the fire at her ex-boyfriend’s mansion, her father’s murder, fame and showing her many talents, for Dance, Yoga, Illustrations, Rap Lyrics, and Numerology.

Sadly, the documentary turned out to be the cameraman filming her last moments in that van whilst in the passengers seat.

Her death at the tragically young age of thirty, sent shockwaves amongst the R’n’B world and amongst TLC fans world wide with her funeral being attended by thousands of fans in Georgia.  The two remaining members of TLC gave a tearful tribute to Lisa Lopes at the 2002 MTV Awards.

The Lopes family has since set up the Lisa Lopes Foundation in her honor. 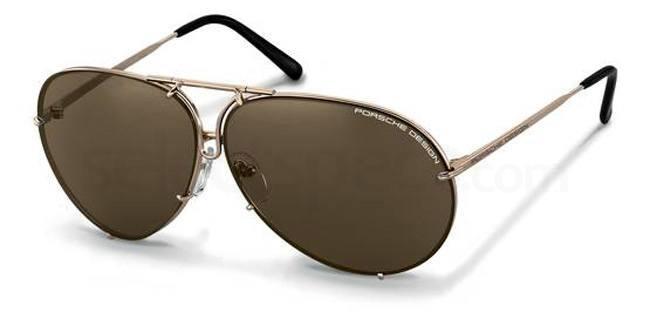 With 23 Grand Slams under her belt, as well as over a dozen for her doubles play, on top of countless tour victories and…