Nile Rodgers is a Singer-Songwriter, Arranger, Producer and Guitarist who first found international fame in the 1970’s with the R’n’B/Disco group “Chic.”

But, Rogers is more famous for his work producing for the likes of other artists such as Sister Sledge, Diana Ross, Duran Duran, David Bowie, Sheena Easton and Madonna to name but a few.

He was born in September 1952 in New York, U.S.A. to a teenage mother. Unfortunately, Nile grew up in an environment surrounded by drug use.

But, he was also surrounded by music. During the British Music Invasion to America, led by the Beatles, many male teens and pre-teens around the country such as Rodgers took up the electric guitar.

The Fender Stratocaster was his guitar of choice. Throughout his teens, Nile played as a session guitarist for various R’n’B groups and artists which included George Clinton’s Parliament Funkadelic.

The duo experienced being on the road whilst touring as back up musicians for groups such as The Jackson 5.

After recording an album which failed to chart, Bernard and Rodgers formed a second group called “The Boys.”

Together they produced a mixture of funk/rock songs with drummer Tony Thompson.

However despite initial interest from record companies, the group were not able to get a record deal due to the fact that they were black.

Record companies thought, at the time, that they wouldn’t be able to sell a black funk/rock group.

Not to be the deterred, they formed a third band named “Chic” in 1976, just after the beginnings of the new Disco craze. An underground movement in the New York black clubs at the time.

The group got its name after Nile Rodgers attended a Roxy Music concert and admired how “chic” they looked.

Chic released their self titled first album in 1977 which included the top ten hits “Dance, Dance, Dance” and “Everybody Dance.”

The song was written as a result of the band not being allowed entry into the infamous and hedonistic Studio 54 club in New York on December 31st 1977, even though they had an invite from model and singer Grace Jones.

In an angry response to the incident, Rodgers originally penned the chorus of the song as “Ahh F*** Off!” but had to change it to “Ahh Freak Out!” so it could get past the radio censors.

This was followed up by another top ten hit “I Want Your Love.”

The third album release in 1979 titled Risqué produced another number one single “Good Times,” one of the Disco era’s defining songs.

Aka the first mainstream hip hop song to become a major hit in the same year, using the same bass line riff.

The same bass line has been sampled hundreds of times and was also the inspiration for Queens “Another One Bites the Dust.”

The Chic Organization also produced Disco hits for Sister Sledge such as “We Are Family,” “The Greatest Dancer,” and “We’re Lost in Music” (which was originally released in 1979 but didn’t become a top ten hit in the U.K. until five years later).

They also produced Diana Ross’ 1980 self titled album including the hits “Upside Down,” “I’m Coming Out,” and “My Old Piano.”

The album was her best seller to date with sales of over 10 million copies.

I once asked @davidbowie if I made #letsdance too #funky? He replied, "Nile, is there such a thing?" @nilerodgers #interview

The 1980’s would see Nile Rodgers concentrate less and less on Chic projects (who’s popularity had started to go down) and more and more on producing for other groups and artists.

Bowie’s became his most successful title ever with hits such as “Let’s Dance, China Girl, and Modern Love.”

Rodgers also started working with Duran Duran by producing their hit singles “The Reflex” and “Wild Boys” in 1984.

He also produced their 1986 album “Notorious” with the title song being sampled by The Notorious B.I.G.  a decade later.

Madonna owes a lot of her success to Nile Rodgers because he was the one who produced her second album “Like a Virgin” in 1984 which made her an international star.

During the nineties and up until now, he as continued work with other artists such as Stevie Ray Vaughn, Patty Griffin, David Lee Roth, Cathy Dennis, Daft Punk , Kylie Minogue and many others, establishing himself as the go to hit maker.

Whilst  getting back together with Bernard Edwards to tour with Chic in 1996, tragedy struck when Rodgers found his friend of over a quarter of a century, Edwards, dead in his hotel room because of pneumonia.

Drug problems have plagued Rodgers throughout his life and which only got worse whilst at the height of his success with Chic, but he has since overcame them and is now well into his sixties.

The Rock and Roll Hall of Famer still continues to make hit records for other artists as well as performing his Chic classics on the road.

These Infinity A6617 Glasses are similar to the ones worn by Nile Rodgers and are also available in C008 Burgundy as well as C001 Black. 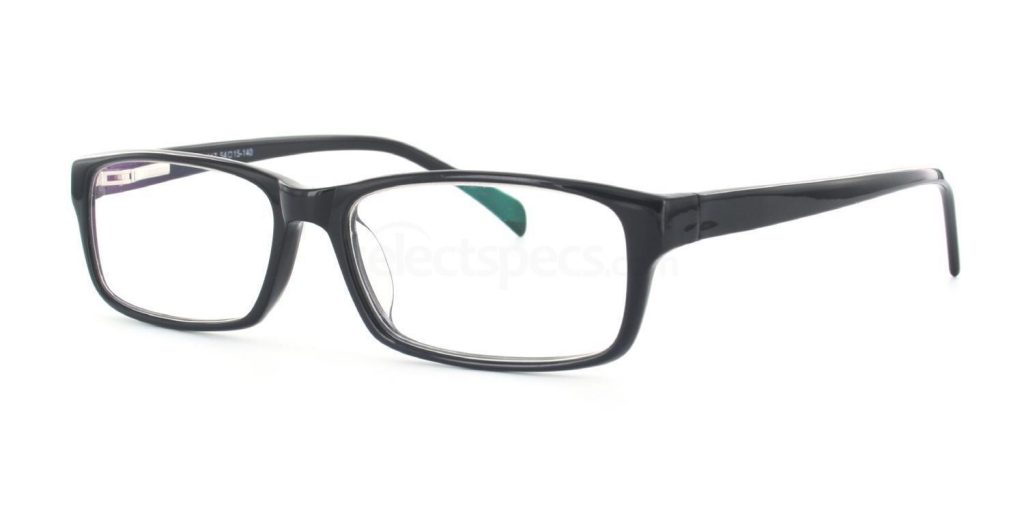 Alexa Chung is most recognized as being a British model, writer, fashion designer, and style icon to many fans. Originally, Alexa opted to study English…