Let’s move past the scandalous incident at the 2013 Billboard Music Awards (need we say more?), and truly acknowledge one of the best artists who has notably brought back a new wave of addictive modern R’n’B. Yep, there’s yet another singer/songwriter on our radar who unabashedly adds an edgy dose of all-round LA-cool.

We’re talking about 31-year-old Miguel. Despite the talented artist performing since the age of 13, being exposed to a contrasting mix of genres like funk, classic rock, jazz and soul from a very young age, he wasn’t officially signed until 2007.  After signing a record deal with Jive/RCA records, he subsequently released his debut album  All I Want Is You in 2010; and the critically-acclaimed album Kaleidoscope Dream in 2012.

Often compared to and dubbed the modern-day Prince, it can be safe to say that the eccentric Californian has never kept his style low-key from day one – whether that’s with his electronic, hip-hop and rock infused R’n’B sound complimenting his soulful voice and energetic stage presence, or his off-beat fashion sense.

Ever the daring individual, his fans have witnessed his style change over the past few years whilst managing to keep in line with his eclectic edge. Whether his look is futuristic,  50’s rock ‘n’ rock or slightly grungy. Nonetheless, whatever his look is, he’s always taken the ‘more is more’ approach to his clothing.

Steal the star’s sunglasses above with the Podium Jasper frames below. We love their squared frame and tortoiseshell frames – guaranteed to make an impact! 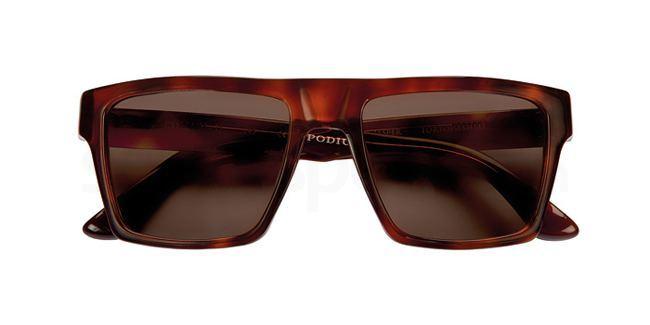 These days you can tend to find him on Instagram with a slightly more bohemian-inspired look; donning a bold range of clashing prints, fabrics and colours to match his psychedelic-like sound, which some may never even think about pairing together out of fear that it would look over the top. But oddly enough – he always seems to make it work.

Not every man can pull off a pair of fur-trimmed slip-on shoes after all. At least not without being uber confident. So it’s no surprise that he’s managed to stay coupled up with his stunning fiancee  Nazanin Mandi for over ten years – a fashion-enthusiast who equally isn’t one to shy away from a fashion statement. We say, if you can do it, then why not go for it?

Much like Miguel’s pair above, these Ray-Ban’s classic RB4340 wayfarers never go out of style. Grab them below!

And else boasts confidence more than a stylish pair of shades to effortlessly accessorise your outfit? Much like many other style-conscious individuals, you’ll notice that he’s rarely ever seen outdoors without a pair of pitch-black wayfarers or ultra modern mirrored aviators, oversized for a more experimental twist. Always the best finishing touch to any fashion statement. And by the looks of it, he couldn’t agree more. Unlike his clothing, he tends to stick to minimalist sunglasses to prevent his look from becoming overbearing.

A true artist, one could argue that he always gives it his all – from his music to hairstyles and fashion sense. So there’s is no doubt that he always stands out. He’s one of the few music artists who love to push boundaries whilst remaining his true self, which is why his style is so individual and – admittedly – quite hard to pull off.  Understated certainly does not sit well with him. And we wouldn’t want him any other way.

Read on to discover the importance of wearing driving sunglasses.

Joy is a London-based freelance writer and copywriter with a strong background working for fashion brands like Harrods and Net-a-Porter. When she isn't writing, you'll either find her sewing, reading, going to plays and gigs or experimenting to create tasty new cooking recipes.